Improving lives of orphans and disabled children in Inner Mongolia 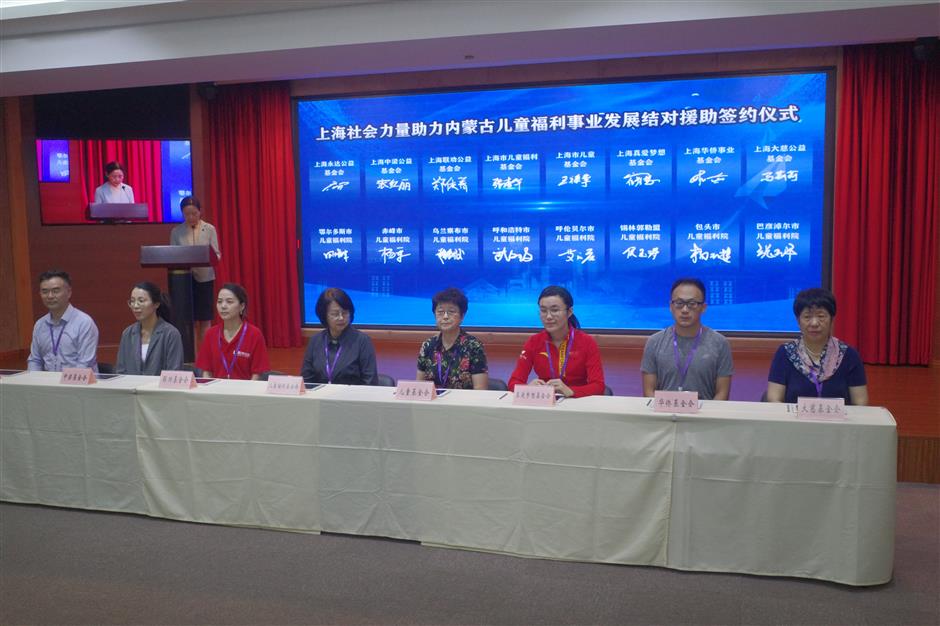 The agreement is signed.

They will provide funds, items or services to improve the infrastructure facilities and services of children's welfare institutions. This will improve the lives, medical treatment, rehabilitation and education level of orphans and disabled children.

They also took a cruise tour on the Huangpu River and rode the maglev train.

In June, the governments of Shanghai and the Inner Mongolia Autonomous Region signed strategic agreements to deepen cooperation in the children's welfare sector during a visit by Li Qiang, Shanghai's Party secretary, who led a delegation to Inner Mongolia.