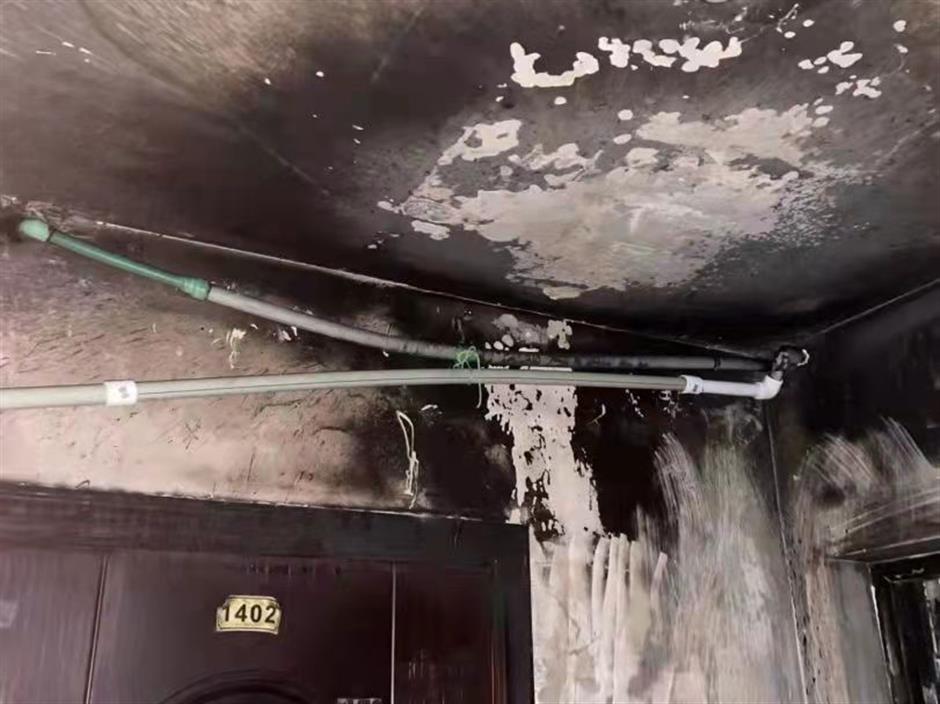 Damage from the fire on the 14th floor of a residential complex in Minhang District on August 24.

A man was detained for three days after causing a fire on his doorstep by illegally charging an e-bike battery indoors, fire and rescue authorities said on Tuesday.

The incident took place on the early morning of August 24 in a residential complex on Yantietang Road in Minhang District.

The man surnamed Jin started to charge the battery of his son's e-bike in the corridor outside his 14th-floor apartment from 11:30pm, but fire broke out about three hours later.

Due to the timely response of firefighters, no one was injured or killed.

The fire was caused by a fault with the battery, the district fire and rescue authorities said.

Jin was detained for the offense of causing fire due to negligence.

The city's law on e-bike safety bans parking and charging of e-bikes in public spaces of any building.