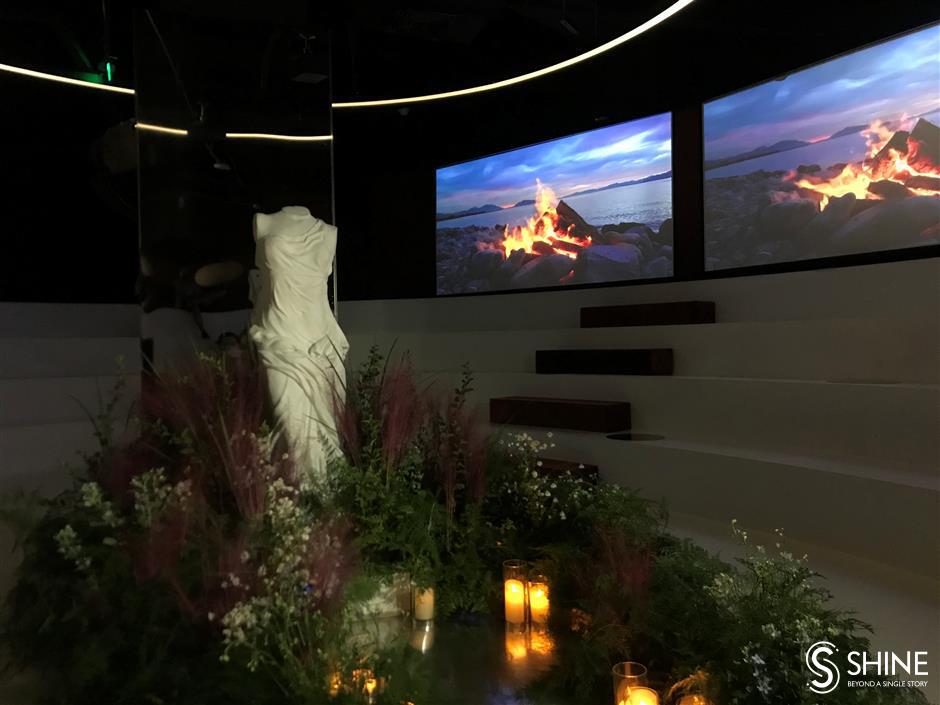 An installation in the style of the famous Venus de Milo. 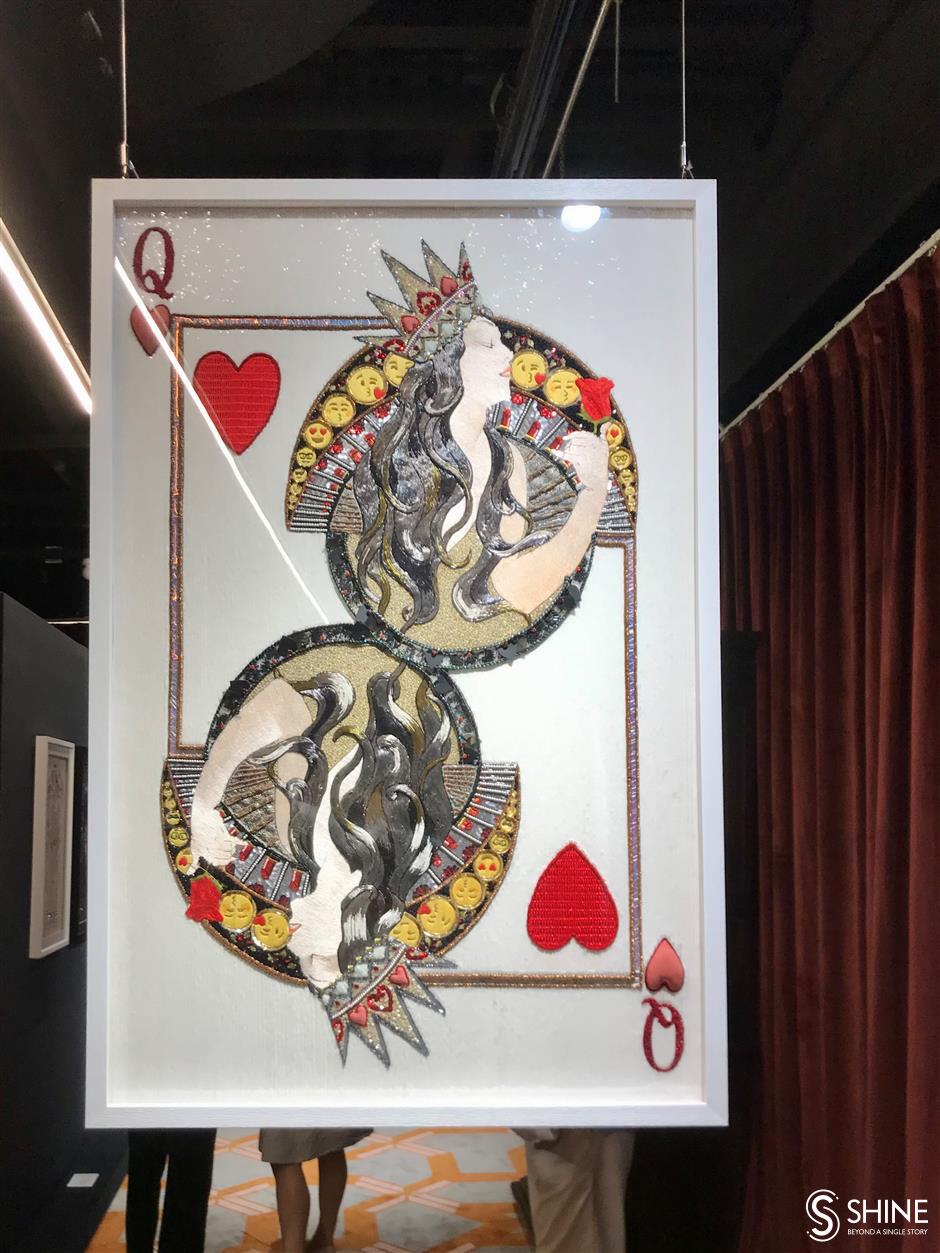 An embroidery artwork of the Queen of Hearts on a playing card.

An exhibition featuring women's roles and their status in today's society has opened in a new interactive venue at One East mall.

An installation in the style of the famous Venus de Milo welcomes visitors at the entrance. Implying women's strength, it hangs in the middle of an ancient Roman-style round square, surrounded by flowers and screens showing burning fire.

A highlight of the show are embroidery artworks depicting renowned female figures such as the first queen of Emperor Qianlong of the Qing Dynasty (1711-1799) and the Queen of Hearts in cards.

Also, some of the works inspire people to think about the life of today's women.

In one abstract piece, artists weave floral patterns representing women to satirize their objectification. Notably, artists have recycled dead flowers and used them in the works, implying women's relentless efforts to become stronger.

The exhibition, free of charge, will last until September 20 at MC House, a new complex including exhibition space, library, art gallery, retail and theater. It is at 788 Zhongshan Road S1.

It is the first exhibition at the venue and will be followed by an exhibition focused on the most beautiful books.