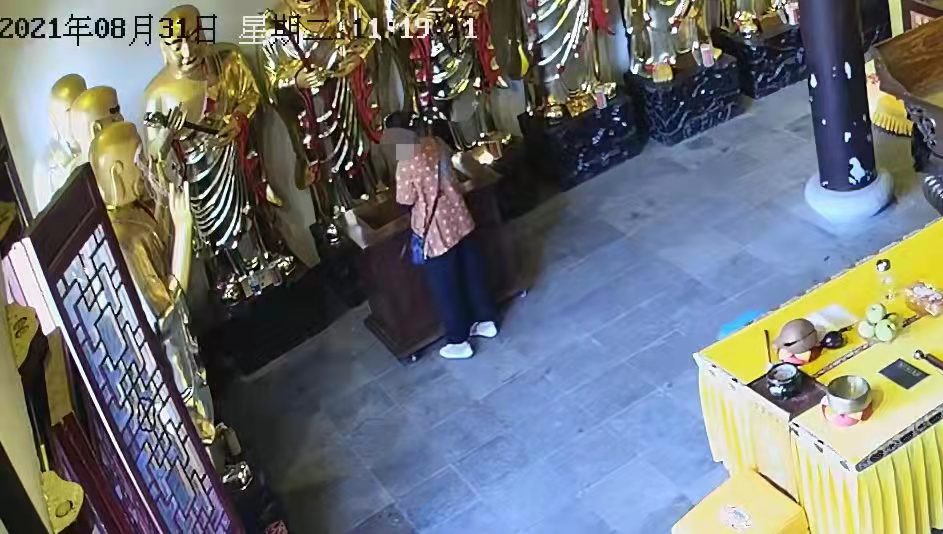 A woman was caught stealing coins from a donation box in a Buddhist temple on Chongming Island, Shanghai police said on Thursday.

The woman, surnamed Ji, was using a stick with a magnet head to extract money from the donation box at 11am on August 11 when she was discovered by temple staff, who called police.

Ji has confessed, saying this was her third theft attempt at the same temple.

Ji, who comes from out of town, was detained for 10 days for theft.

Police revealed that she had already been punished for stealing donation money from other temples in Shanghai before.