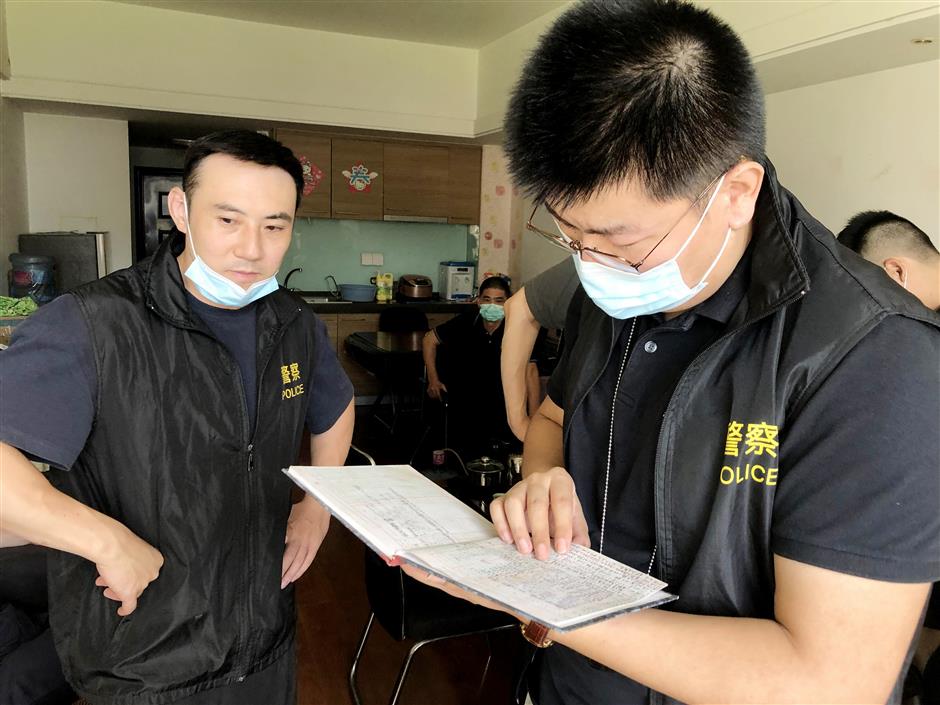 Police seize evidence during a raid of the suspects in August.

Over 30 suspects have been caught in a complicated insurance fraud that caused tens of millions of yuan in losses to insurance companies, Shanghai police said on Thursday.

The fraud targeted insurance policies that cover the losses of banks to which the insurants failed to repay their loans.

The insurant, a man surnamed Zhang, applied for 300,000 yuan (US$46,000) in loans from a bank with a financial lease contract involving his car.

According to the contract, the man mortgaged his car for 300,000 yuan to the financial lease company and then would pay 8,500 yuan every month to the company to lease his own car.

Through their investigations, police found that it was a fraud against the insurance company and a man surnamed Hu was the mastermind.

Allegedly, Hu paid Zhang 5,000 yuan to purchase the insurance policy with a forged car mortgage contract. The mortgaged car was re-registered under Zhang's name from a second-hand car dealer, and the financial lease company was an accomplice in producing the fake contract, police said.

Once the loans from the bank were placed in Zhang's account, Hu cashed in on them and left the obligation of returning unpaid loans to the bank to the insurance company.

Zhang was among about 100 people who were hired by Hu and other suspects running similar frauds in the past four years to defraud insurance companies with different kinds of needs for loans, police said.

The suspects were rounded up in Anhui, Jiangsu and Shandong provinces as well as from Shanghai last month.

They allegedly have defrauded various insurance companies of over 52 million yuan.