Doctors have saved the life of a patient with serious acute myocardial infarction and severe complications.

The 66-year-old man was rushed to Renji Hospital one month ago with chest pains. Doctors said surgery at that time was highly risky, so they used ECMO, or extracorporeal membrane oxygenation, a life-support machine, to help the patient survive.

According to Dr Xue Song, from Renji's cardiovascular surgery department, the mortality rate is 60 percent if a patient has immediate surgery.

The three hour surgery was conducted on August 26 after the patient was stabilized.

The patient recovered well and was discharged two weeks later.

Xue said ECMO wins time for doctors to save patients who have had serious heart attacks and complications.

To date, the hospital has used ECMO in some 150 cases. 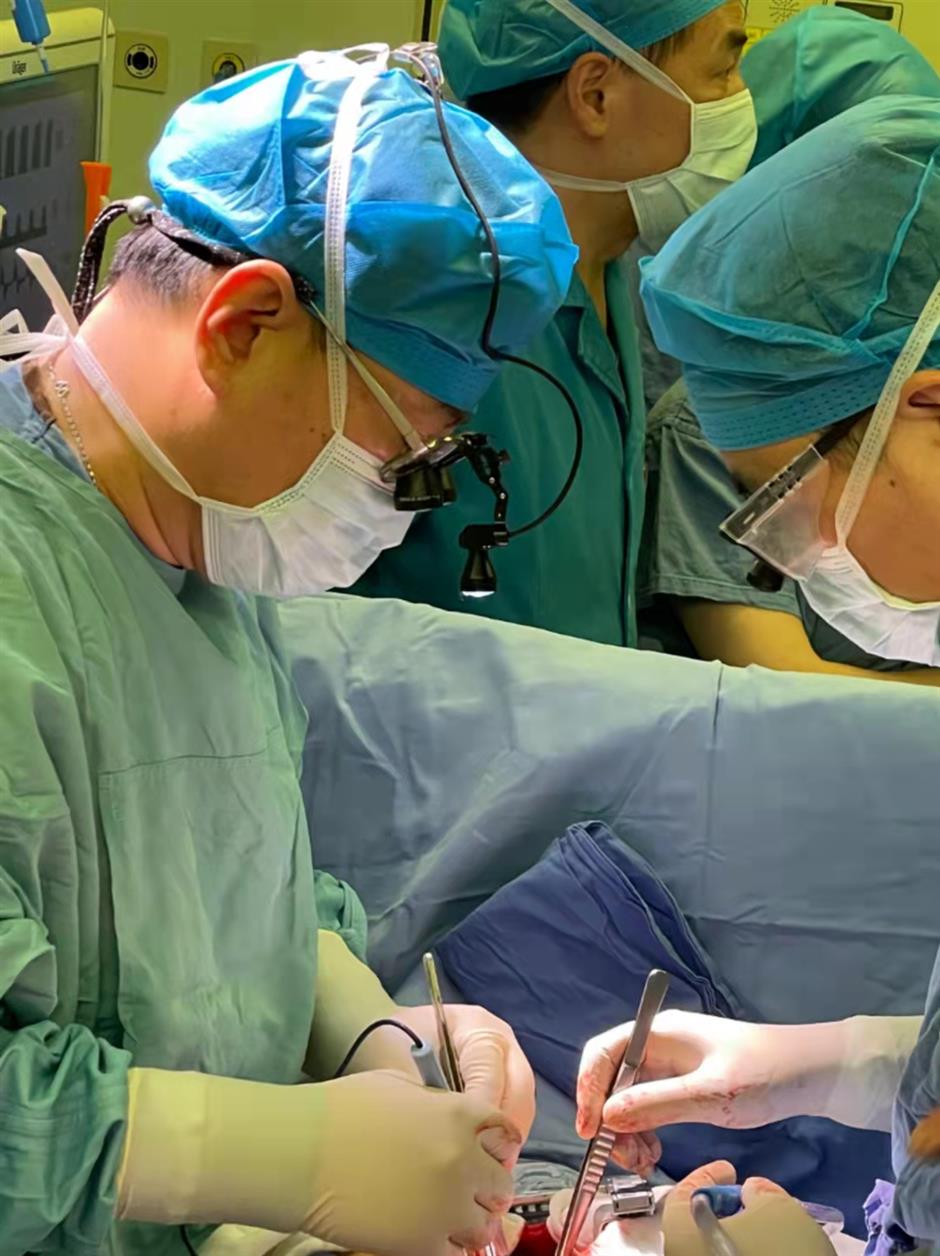 Doctors in the surgery to save the man with serious myocardial infarction and severe complications.