Flights cancelled for Shanghai ahead of Typhoon Chanthu 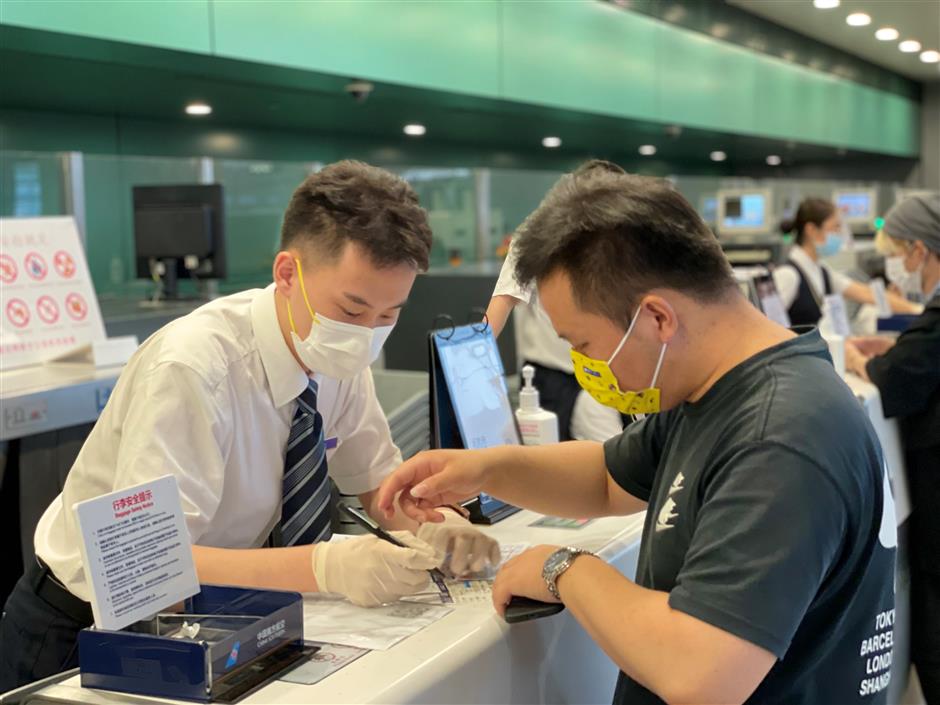 Passengers cancel or change their flights at Hongqiao International Airport on Sunday.

All flights after 11am will be cancelled at Shanghai's Pudong International Airport on Monday because of Typhoon Chanthu.

Hongqiao International Airport will cancel all arriving and departing flights after 3pm, the Shanghai Airport Authority announced on Sunday night.

The takeoff and landing capacity of the two airports will be largely reduced after midnight Monday.

Some 80 percent of passenger flights will be cancelled on Monday, the airport authority said.

China Southern and Spring airlines have announced major flight cancellations for Shanghai on Monday because of the typhoon.

China Southern will cancel all passenger flights at Shanghai's two airports on Monday. All 154 flights of the airline will be cancelled at Pudong and Hongqiao international airports.

The operation of flights will be restored as soon as the weather permits, the Guangzhou-based carrier said on Sunday.

The airline cancelled 27 flights on Sunday at Pudong and Hongqiao airports, mainly to northeast, north and south China regions.

The Shanghai-based Spring Airlines has cancelled nearly 100 flights at Pudong and Hongqiao airports on Monday.

Both airlines are offering free tickets refund or change services. 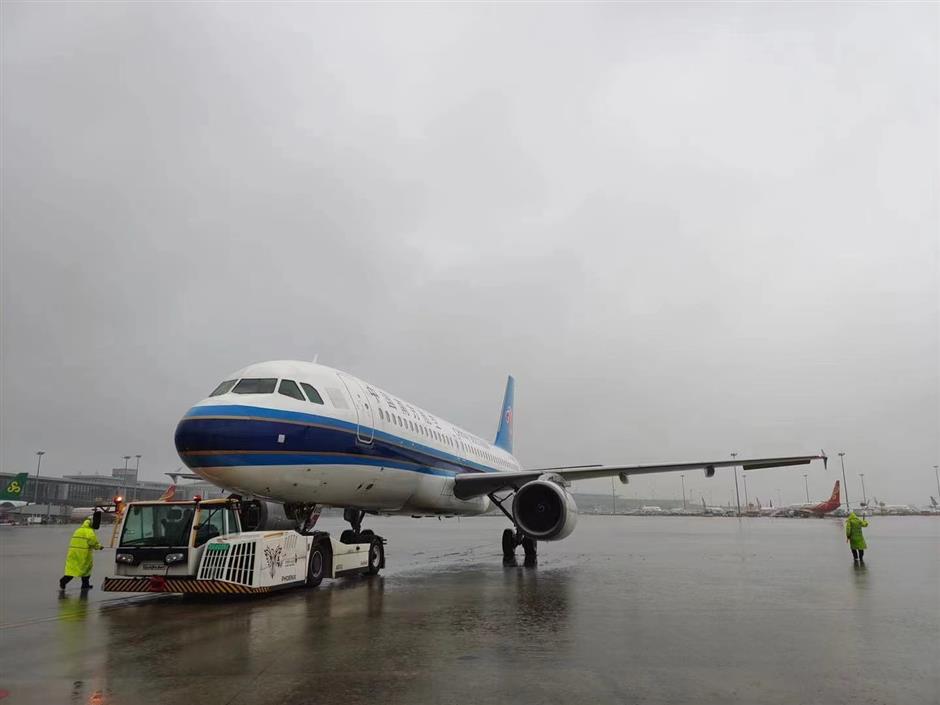