About 40 aircraft have been secured to the tarmacs at Shanghai's Pudong and Hongqiao airports in preparation for the approaching Typhoon Chanthu.

China Eastern Airlines has finished securing 31 passenger aircraft at Pudong airport and six aircraft at Hongqiao airport as of 8am on Monday.

The Shanghai-based carrier has also secured eight aircraft at Xiaoshan Airport in neighboring Hangzhou and transferred all aircraft at the airport in Ningbo to ensure their safety during the typhoon. 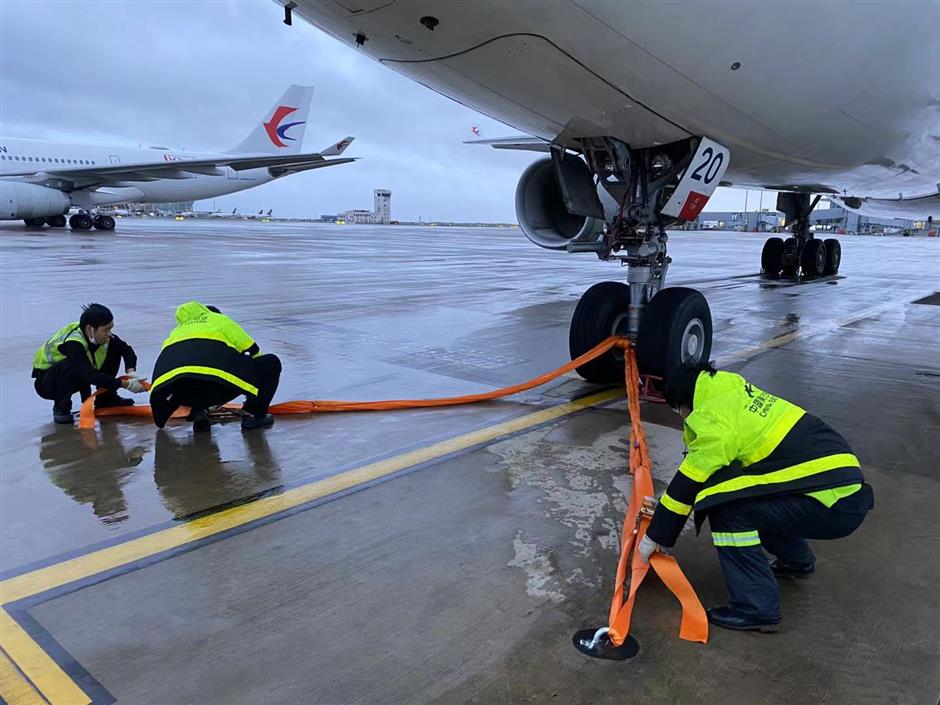 China Eastern staff secure an aircraft to the tarmac at the Pudong airport.

Besides aircraft, the carrier secured 503 vehicles at Hongqiao airport and over 2,600 vehicles at Pudong airport after the last flight on Sunday.

The Shanghai Airport Authority has said the takeoff and landing capacity of the two airports will be largely reduced after midnight on Monday.

Some 80 percent of passenger flights will be canceled on Monday, the airport authority said. 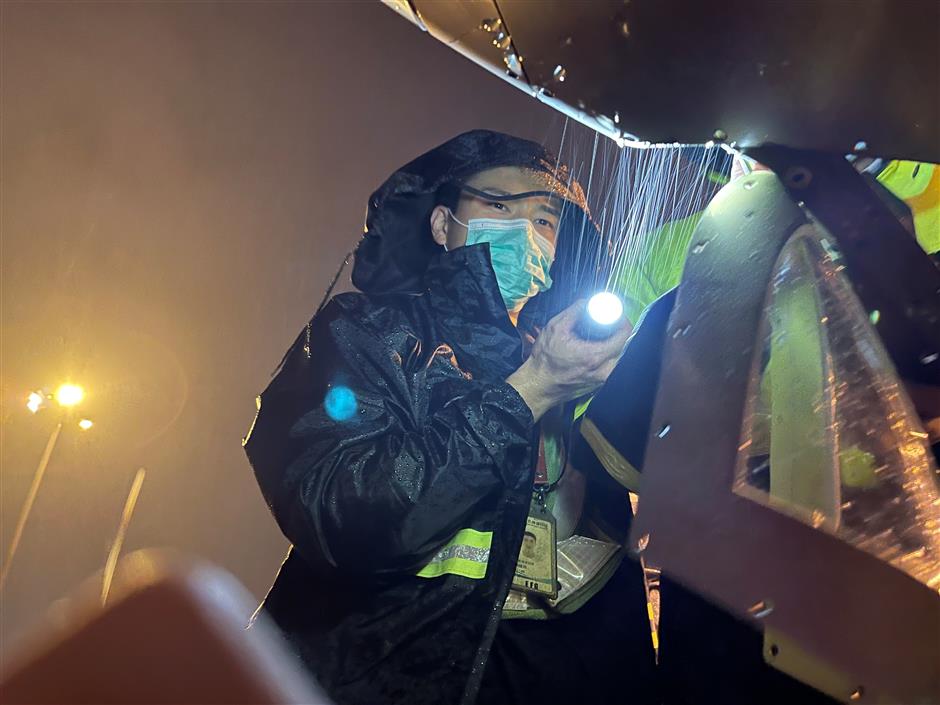 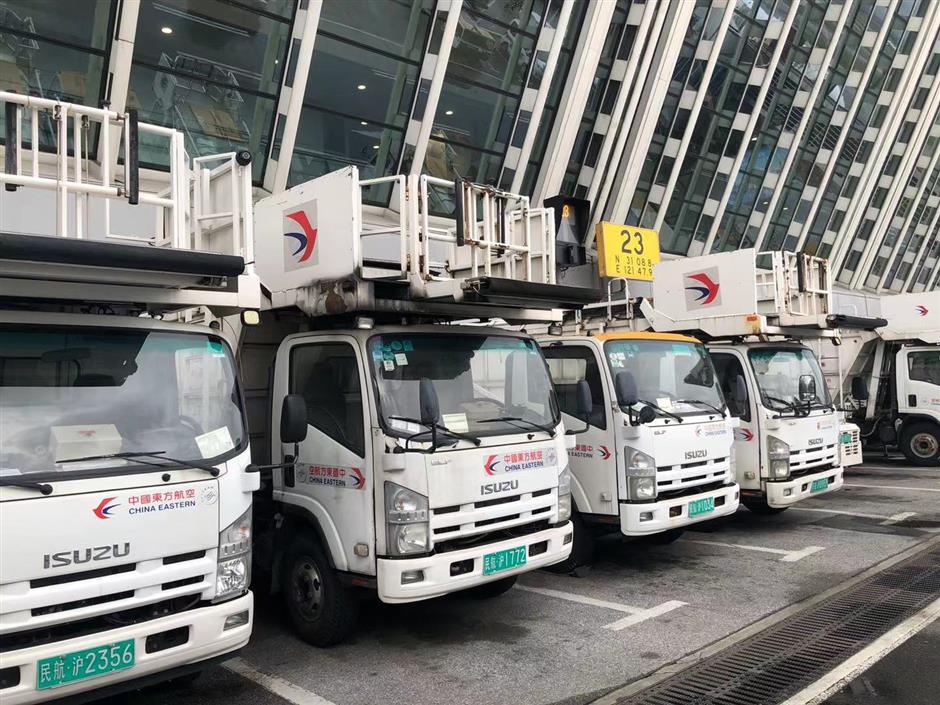 All vehicles are secured to the tarmac at Pudong airport ahead of the typhoon.