Typhoon alert upgraded to orange in advance of Chanthu

The Shanghai Meteorological Bureau upgraded the typhoon alert to orange at 12pm on Monday, warning the city is expected to be hit with gale-force winds and pouring rain from Typhoon Chanthu.

The orange alert is the second-highest level in its four-color system.

Additionally, the lowest level of lightning and rain alerts, issued on Sunday, remain.

The wind speed in most areas of the city is forecast to increase to level-10, up to 102 kilometers per hour, which is strong enough to uproot trees, beginning from Monday afternoon and continuing through Tuesday.

Chanthu's eye was about 252 kilometers from Shanghai at 12pm on Monday, moving northwest at a speed of 15 kilometers per hour, said the bureau.

A total of 28,000 people had been evacuated and relocated by 6am on Monday, said the office.

A total of 598 trains in Shanghai were suspended starting at 8am on Monday due to Typhoon Chanthu, said the China Railway Shanghai Group.

The group will closely follow the typhoon's development and make arrangements depending on weather conditions.

All parks in Shanghai are closed on Monday and Tuesday due to the typhoon, the Shanghai Greenery and Public Sanitation Bureau announced on Monday.

Trees have been reinforced to prevent them from falling.

Branches have been trimmed and drainage systems in wooded areas have been cleared to ensure smooth operation.

Inspections have been conducted to eliminate safety hazards in green areas citywide with safety measures in place.

Outdoor advertisements and billboards have been checked, and landscape lights will be switched off based on the typhoon's development, according to the bureau.

Cleaning work on streets will be increased in order to clear fallen leaves and garbage quickly to eliminate flooding concerns.

Drainage outlets will be closely monitored and debris promptly removed. 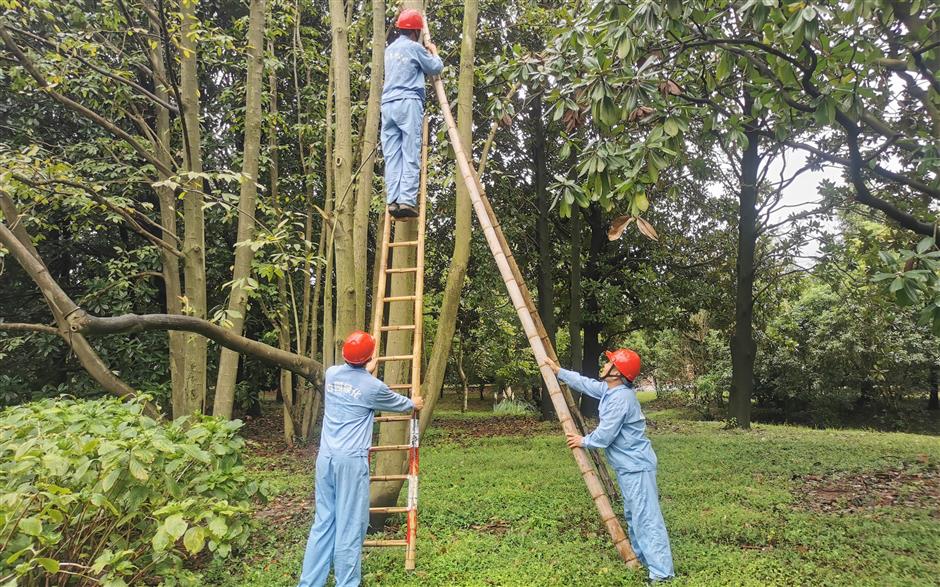 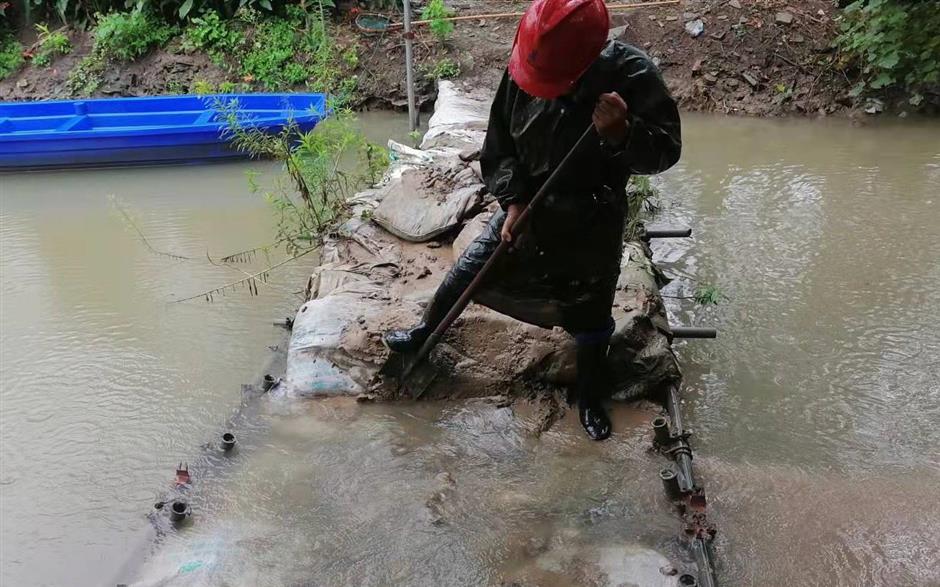 A worker eliminates safety hazards at the Shanghai Botanical Garden.