More Metro lines suspended in Shanghai due to typhoon 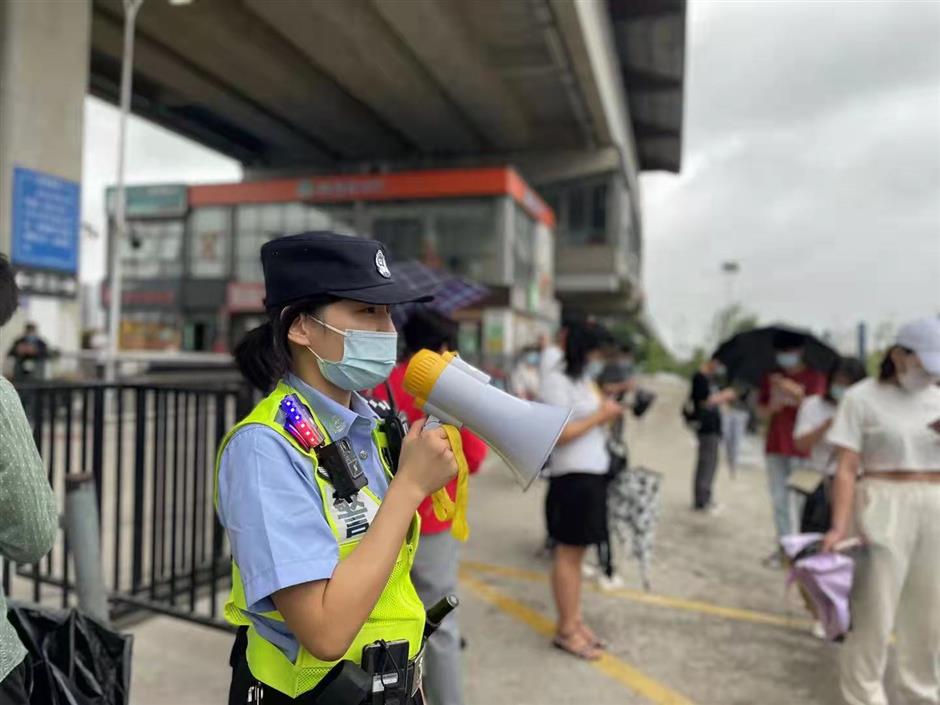 A Metro police officer reminds passengers outside Heshahangcheng Station on Line 16 on Monday morning to use other means of transportation as the line is out of service at the moment.

Due to Typhoon Chanthu, more Metro lines are set to be partially or fully suspended for the rest of the day, Shanghai's Metro operators announced on Monday afternoon.

Metro lines 3 and 17 will be entirely out of service, as well as Line 1 between Xinzhuang and Shanghai South Railway Station and between Shanghai Railway Station and Fujin Road. Additionally, Line 6 between Gangcheng Road and Yunshan Road, Line 8 between Luheng Road and Shendu Highway, Line 10 between Xinjiangwancheng and Jilong Road, and Line 11 between Yuqiao and Disneyland and from North Jiading and Huaqiao to Wuwei Road will be suspended.

As of 2pm, lines 5 and 16, the Pujiang Line and the maglev are out of service as well as Line 2 between Tangzhen and the Pudong International Airport, while trains run at lower speeds at all parts of the Metro system that are exposed to open air.