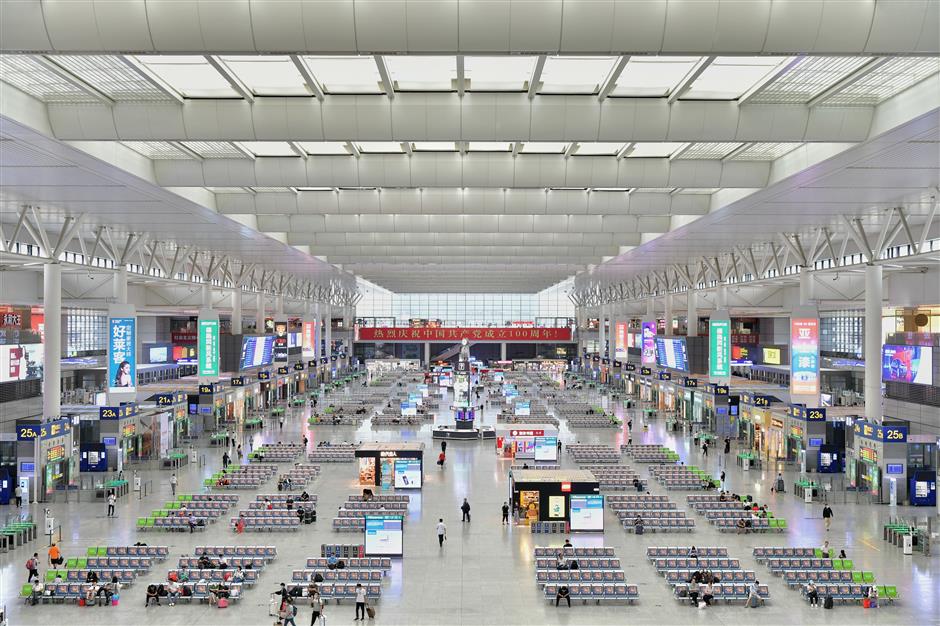 Hongqiao Railway Station is unusually deserted because many railway services have been suspended due to Typhoon Chanthu.

Limited high-speed railway service between Shanghai and Nanjing resumed at 11am on Monday, according to the China Railway Shanghai Group.

A full ticket refund is provided, the group said.

Rail authorities will continue to follow the typhoon's development and make flexible arrangements, the group said.