The patient surnamed Cai suffered an accidental fall in July. He was unable to stand afterwards. Medical checks found a nut-sized melanoma, a serious type of skin cancer, in the spine. The tumor was pressing the spinal nerves and if it was not removed, the patient would likely spend the rest of his life bedridden.

The patient traveled between hospitals, most of which said surgery was too risky for his age, before his visit to Shanghai Deji Hospital proved fruitful.

Dr Wang Jie, director of the hospital's neurosurgery department, accepted the case and held detailed discussions on the surgery plan.

The surgery was launched on August 26, when doctors removed the tumor carefully from the spinal nerves and blood vessels. "Any mistake could have led to swollen spinal cord and resulted in the patient's paralysis," Wang said. "We tried to get the best results through least damage to the patient."

The man's legs regained strength one week later and he is expected to walk by himself soon, doctors said on Monday.

"Old age is not a taboo to a challenging surgery any more, thanks to advances in medical capability," Wang said. "Elderly patients also can regain health and improve their life quality through surgery." 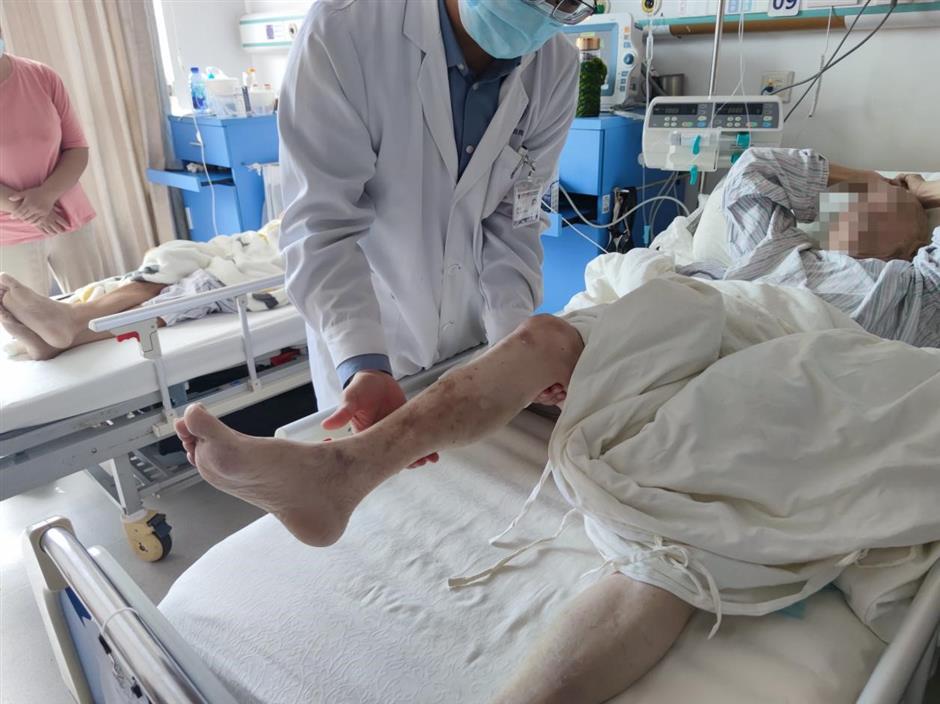