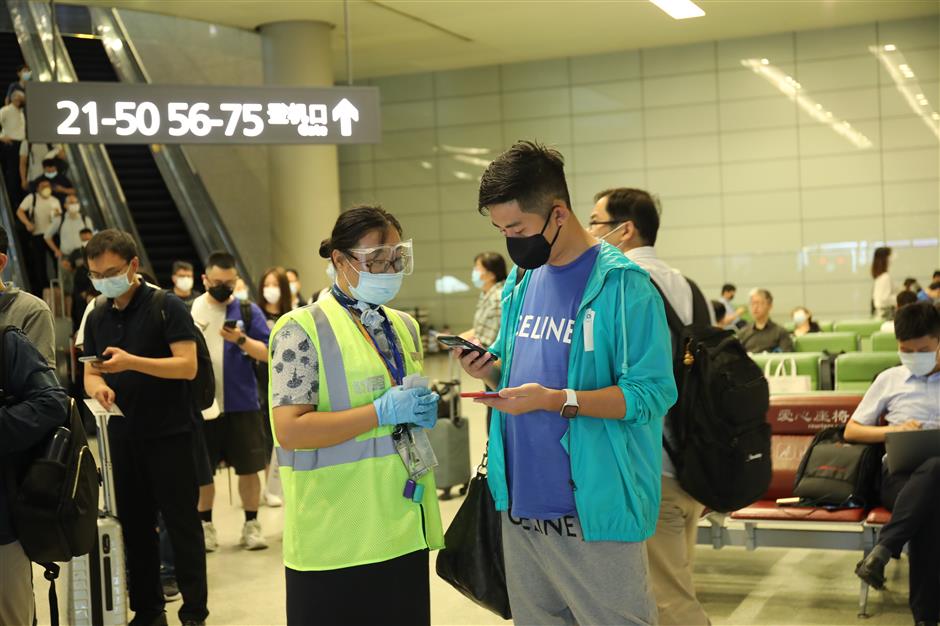 An airline staff member assists passengers during the last batch of flights at Hongqiao airport on Monday before the airport's operation was suspended because of Typhoon Chanthu.

Flight operations will be gradually resumed at Shanghai's two airports on Tuesday as Typhoon Chanthu's impact on the city wanes.

All flights at both airports have been canceled since 11am on Monday because of the typhoon.

Airlines have been offering free ticket refunds and flight changes to customers. Passengers are advised to check the latest flight information with their carriers regularly.

The airport authority will release further flight adjustments according to the typhoon's movement.

Chanthu's eye was about 215km from Shanghai at 6am on Tuesday, moving northeast over the East China Sea, said the Shanghai Meteorological Bureau.