First aircraft takes off from Hongqiao airport after typhoon

Airlines at Shanghai's two airports began restoring flight operations on Tuesday morning as Typhoon Chanthu moves away from the city.

China Eastern Airlines Flight MU6333 took off from Hongqiao International Airport bound for Dalian in northeast China's Liaoning Province at 10:12am, marking the reopening of Hongqiao airport, which suspended operations on Monday in advance of the typhoon.

China Southern Airlines Flight CZ3835 from Sanya in Hainan Province headed for Shanghai will land at the Pudong International Airport at 4:10pm, which was more severely impacted by the typhoon.

The carrier's first departing flight from Pudong airport will take off at 6:50pm destined for Zhengzhou in central China's Henan Province.

All flights at both airports have been canceled since 11am on Monday because of Typhoon Chanthu. 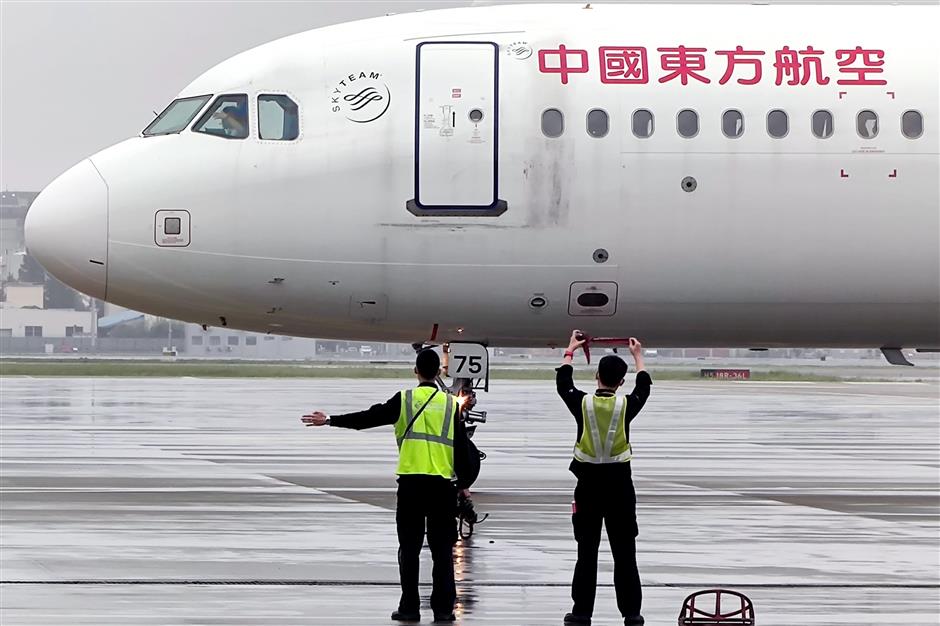 A China Eastern Airlines flight is ready to take off from Hongqiao airport after Typhoon Chanthu.

China Eastern Airlines secured a total of 161 passenger aircraft to the tarmac with belts during the typhoon at the two airports.

All 42 secured aircraft at Hongqiao airport have been unbound as of 8:30am on Tuesday. Staff members are removing belts from the remaining 119 aircraft at Pudong airport, the Shanghai-based carrier said.

China Eastern has opened service counters sufficient to serve the large number of travelers whose itinerary was interrupted by the extreme weather. The movement of the typhoon and flight information are updated at the terminal buildings.

China Southern Airlines has dispatched additional staff members to patrol boarding areas and help stranded passengers. Special counters and green channels have been opened for those with infants, the elderly, and late travelers.

The airlines have been offering free ticket refunds and flight changes to customers. Passengers are advised to check the latest flight information with their carriers regularly.

Aircraft secured to the tarmac during the typhoon are unleashed on Tuesday morning. 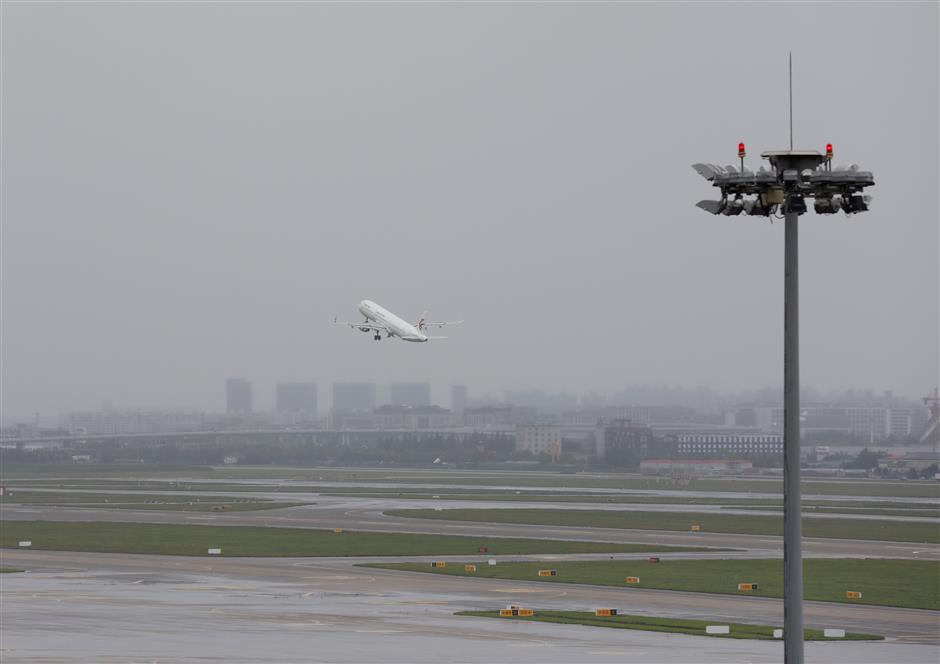 An aircraft operating the first restored flight takes off from the Hongqiao airport on Tuesday morning.