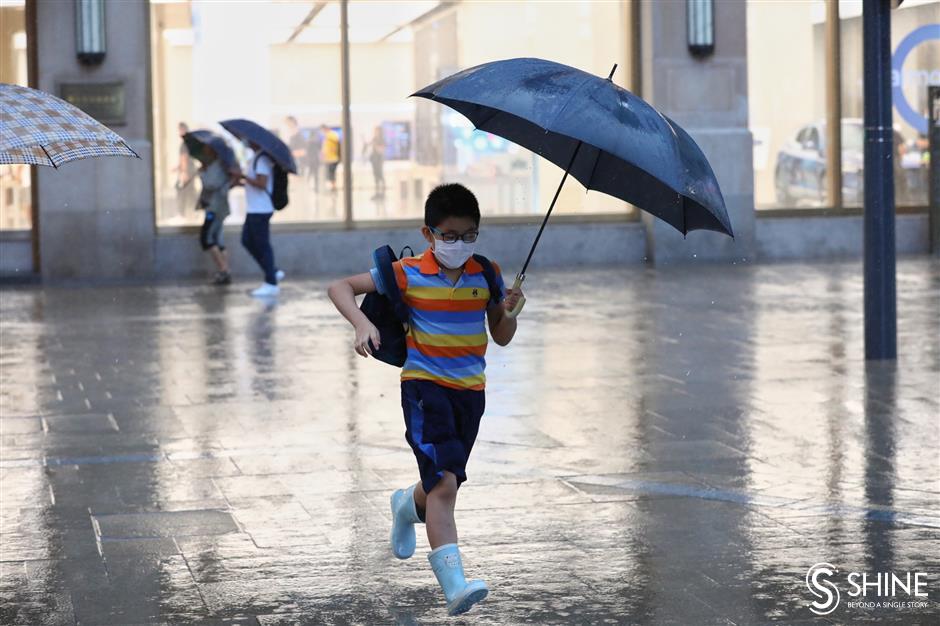 A boy runs in the rain with his umbrella.

As this year's 14th typhoon, named Chanthu, weakened, the Shanghai Meteorological Bureau downgraded the typhoon alert at 12pm on Tuesday.

However, two alerts still remain: a yellow typhoon alert (second-lowest level in its four-color system) and a blue rain alert (the lowest level).

The bureau withdrew the lightning alert at 9:30am this morning.

Chanthu's eye was about 175 kilometers from Shanghai at 12pm on Tuesday, with wind at speeds up to 126 kilometers per hour, said the bureau.

It is expected to move slowly over the sea 150-250 kilometers east of Shanghai from Tuesday to Wednesday. It will gradually move northeast away from Shanghai on Thursday.

Due to the typhoon's spiral rain bands, heavy rain and strong wind are likely to remain in the city and start to weaken from Thursday, said the bureau.

The temperature is expected to range between 25 and 28 degrees Celsius today and tomorrow, with the high climbing back to over 30 degrees and the low staying at around 25 on Thursday and Friday, according to the forecasters.

The Shanghai flood prevention office downgraded the emergency response to level-3, the second-lowest level, simultaneous with the typhoon alert change.

Apart from the Jinshan Railway, railway services have gradually resumed beginning at 12am on Tuesday, said the China Railway Shanghai Group. 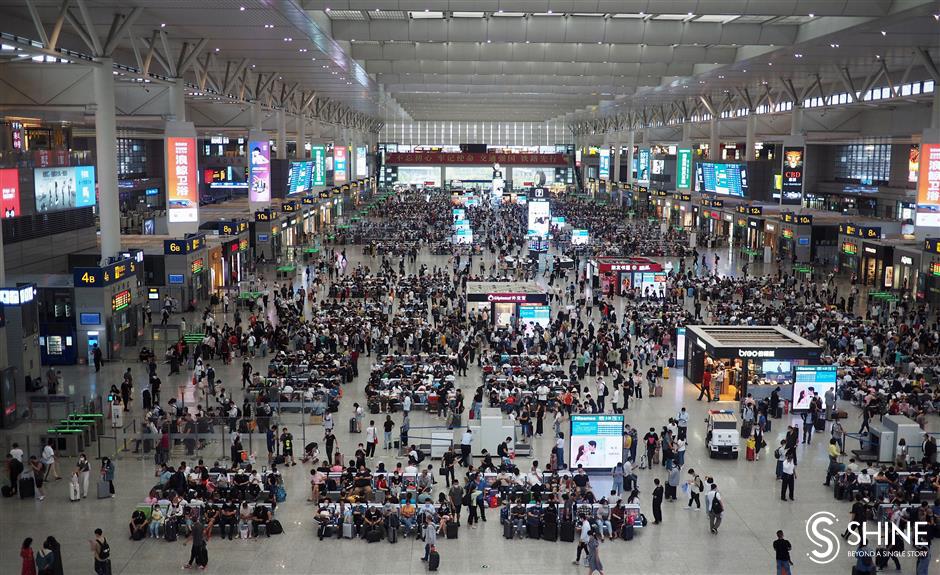 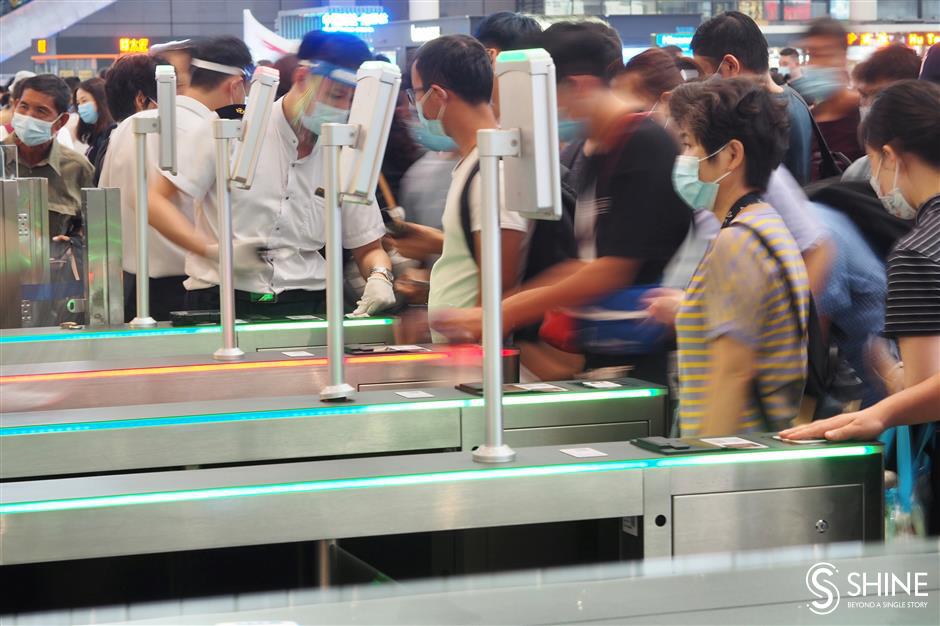 Passengers queue to scan their ID cards to board the train at the station on Tuesday.