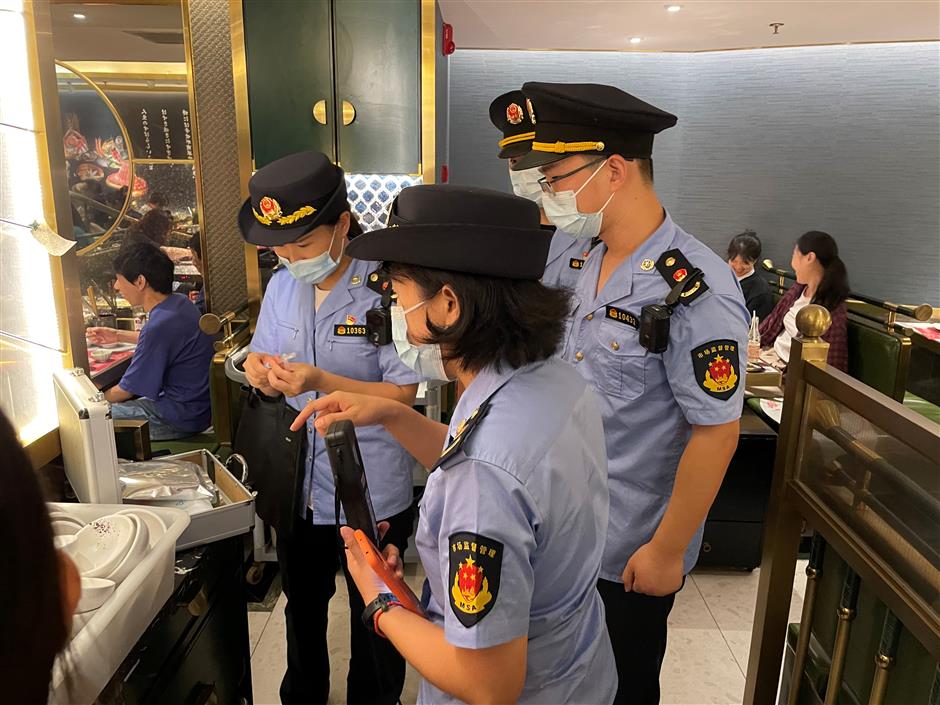 A market watchdog in Yangpu District said on Tuesday that it is investigating the restaurant registered in the district after one of its outlets in Suzhou, in neighboring Jiangsu Province, was accused of cheating diners and posing hygiene risks.

Officials from the Yangpu District Administration for Market Regulation found an outlet of Isshoni Sukiyaki, a Japanese-style buffet restaurant, at Hopson One, a shopping mall in Yangpu's Wujiaochang area, serving diners flounder as codfish in an inspection.

The inspection came after one of the restaurant's outlets on Shishan Road in Suzhou was exposed serving diners flounder as codfish, cheap beef as Australian Wagyu beef, and even duck liver as foie gras.

The restaurant claimed the beef it served was the "top" in the catering industry in an advertisement. 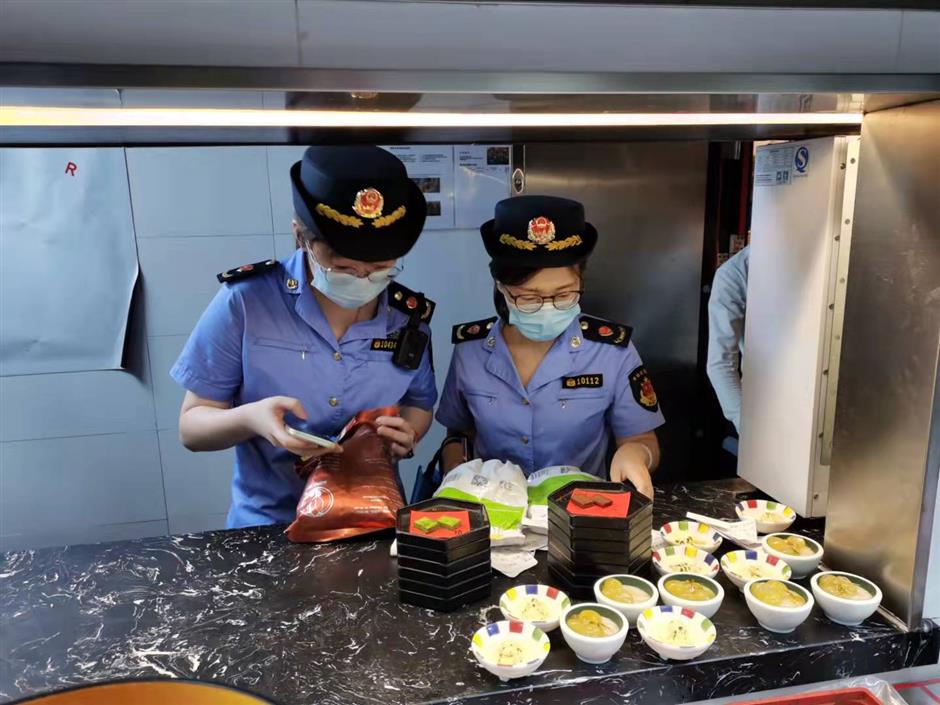 A video shot in the Suzhou outlet's kitchen has been uploaded online by social media.

The outlet was also exposed to be using expired matcha and collecting unfinished sashimi from guests, mixing it with fresh food, and serving it again to new diners.

The outlet's dishware was not washed but wiped with paper instead or even put in fire for "disinfection".

The administration said it is testing other foods such as salmon, shrimp, Wagyu beef and foie gras served by the restaurant's outlet at Hopson One, and its dishware as well.

Test results have yet to be announced.

The restaurant's operator, Shanghai Fengzhixu Catering Management Co, has been ordered to enhance management of its outlets, conduct self-examination and rectify the issue.

The chain restaurant has nine outlets in Shanghai.

The catering business has apologized and said the Suzhou outlet has been closed to resolve the issue.

Its Putuo branch was once fined 50,000 yuan after some of its seafood was found to contain high levels of bacteria.