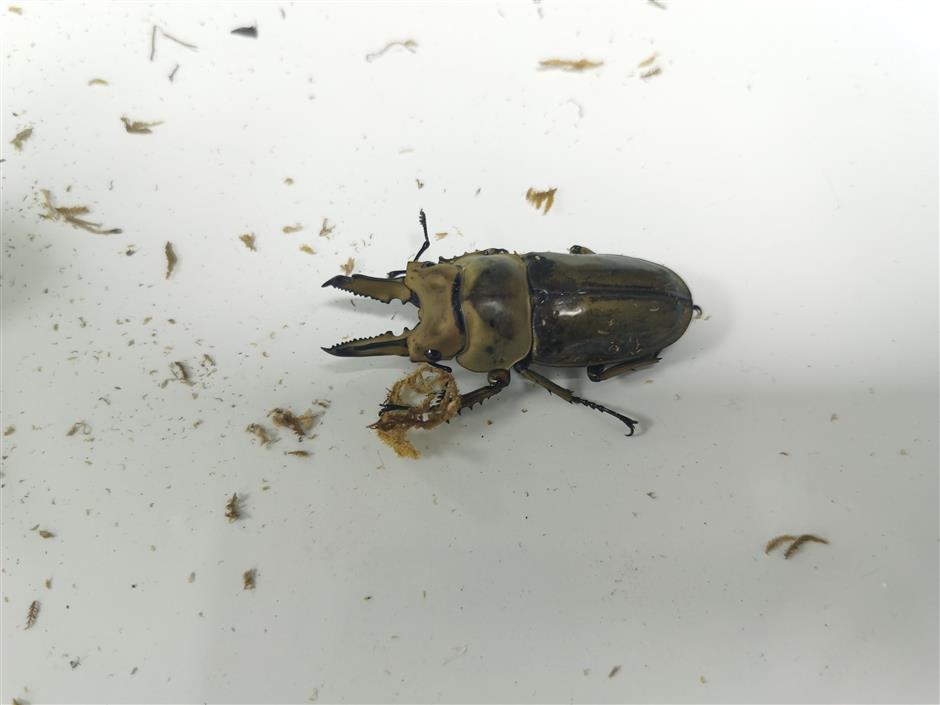 Four Allotopus beetles are found in an illegal inbound parcel.

The beetles are about 5-6 centimeters long in four plastic tubes found during X-ray scanning.

They were identified as a kind of Allotopus beetle, golden in color and with distorted jaws, by the Shanghai Customs inspection and quarantine authorities.

Without a certificate issued by the National Endangered Species Import and Export Administration, any trade or mailing of endangered species and their products is illegal, the officers stated.