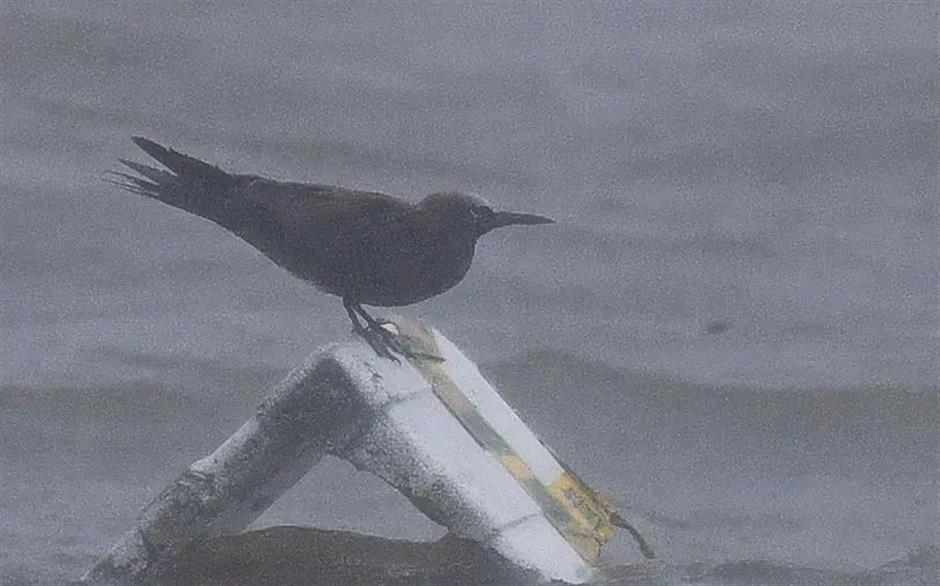 The brown noddy, a wild bird never seen in Shanghai, was spotted for the first time in the city on Monday.

Several brown noddy, a wild bird never seen in Shanghai, were spotted for the first time in the city on Monday under the influence of Typhoon Chanthu, local greenery authorities said on Tuesday.

It is the 513th wild bird species recorded in the eastern metropolis, according to the Shanghai Greenery and Public Sanitation Bureau.

Fourteen brown noddies were spotted on the Huangpu River in Pujiang Town of Minhang District on Monday and the number grew to 23 a day later.

The seabird is rarely seen outside sea and it reproduces at small tropical islands, according to the bureau.

They may have been "blown" to the city by the season's 14th typhoon, the bureau said.

Since 2011, Shanghai has recorded 75 species of wild birds newly seen in the city. Nine were seabirds brought by typhoons.