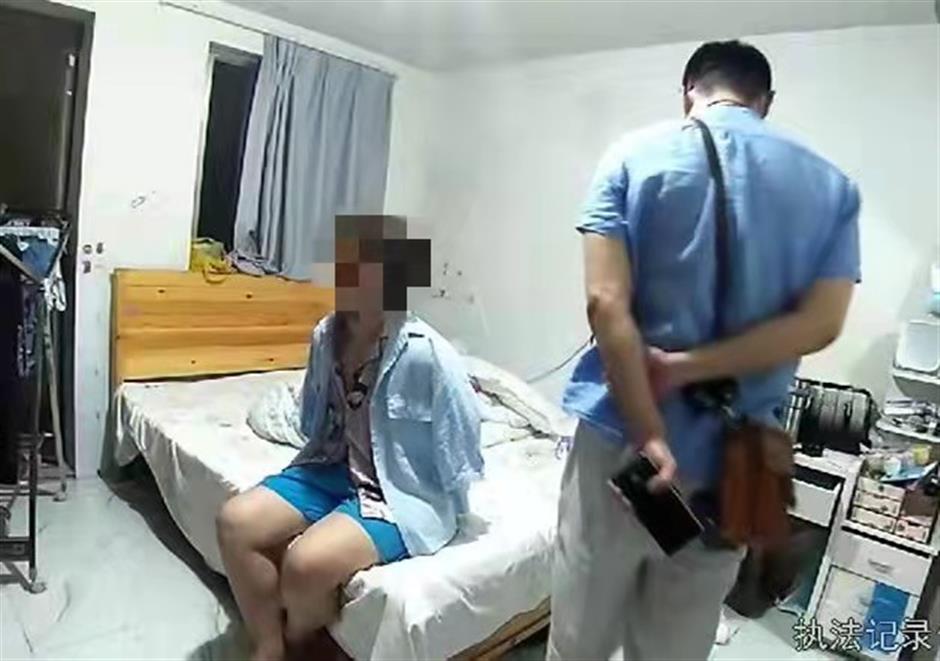 The female suspect in the case is apprehended at her home.

A couple has been detained after allegedly blackmailing a man with whom the wife had an affair, Shanghai police said on Wednesday.

The victim, a man surnamed Yang, reported the case to police in Qingpu District last month.

Yang said he met a woman surnamed Zhou back in 2019 in a WeChat group consisting of residents of the complex in which they live and began an affair with her.

Yang said he was threatened with violence and paid a portion of the money before he sought help from the police.

Zhou and Fu were later summoned by the police for further investigation and have confessed to the crime.

Fu said he had been in a strained relationship with Zhou for a long time, and he resented Yang when he found out about the affair, while Zhou said she was thinking about divorcing Fu and sought more money for herself after the divorce. The two then agreed to blackmail Yang for money, police said.