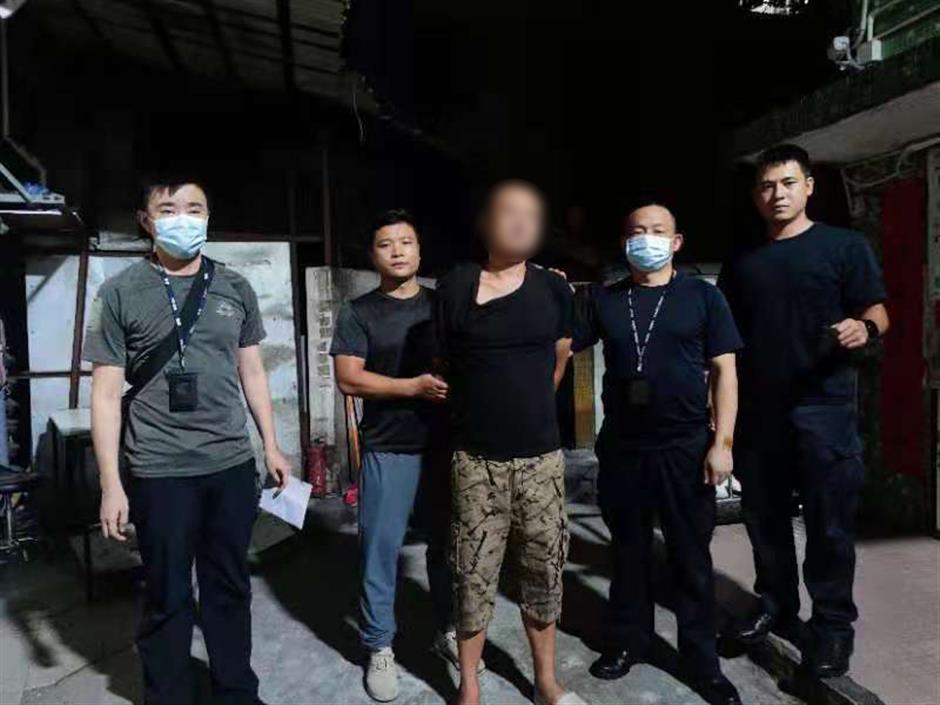 The suspect is arrested in Shenzhen city, Guangdong Province, where he lives and works, on August 22.

A taxi with its lights off parked on the sidewalk at midnight with a dead woman on the co-driver seat and a bloody knife inside the car.

The murder of a taxi driver that took place on a remote street in Putuo District 21 years ago remained a mystery until August 22 this year, when justice was finally served, Shanghai police said on Wednesday.

Police received a call about the incident around midnight on October 6, 2000.

The woman surnamed Xu, who was the driver, was lifeless when police reached the scene, with a couple of knife wounds on her body.

Xu was likely robbed and then killed, police said.

An intense investigation was not able to track down the suspect at that time, and the only information police had was that the suspect was a young man who was injured. But police managed to extract biological evidence from the scene in hopes of solving the case at a later time.

Advancements in forensic science enabled Shanghai police to reopen the case earlier this year and finally locate the suspect, a man surnamed Tang, in Shenzhen city, Guangdong Province, in mid-August.

Tang was arrested by police in Shenzhen, where he lives and works, and immediately confessed.

He claimed that he came to Shanghai to look for a job in 2000 but failed, and out of desperation he committed the robbery and murder.

Tang is now in police custody. 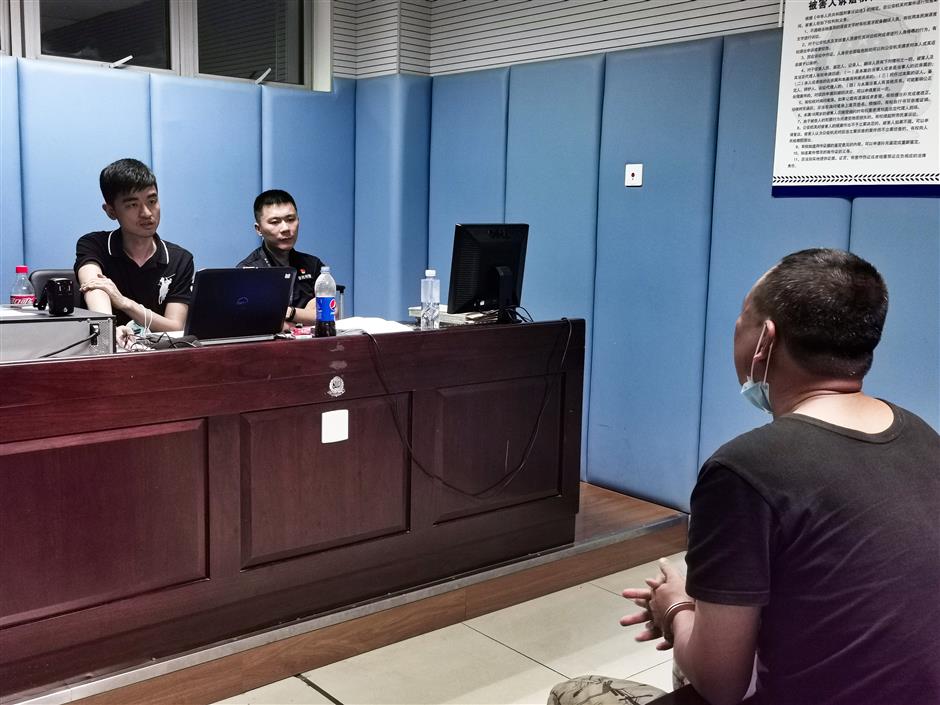 The suspect being questioned by police.