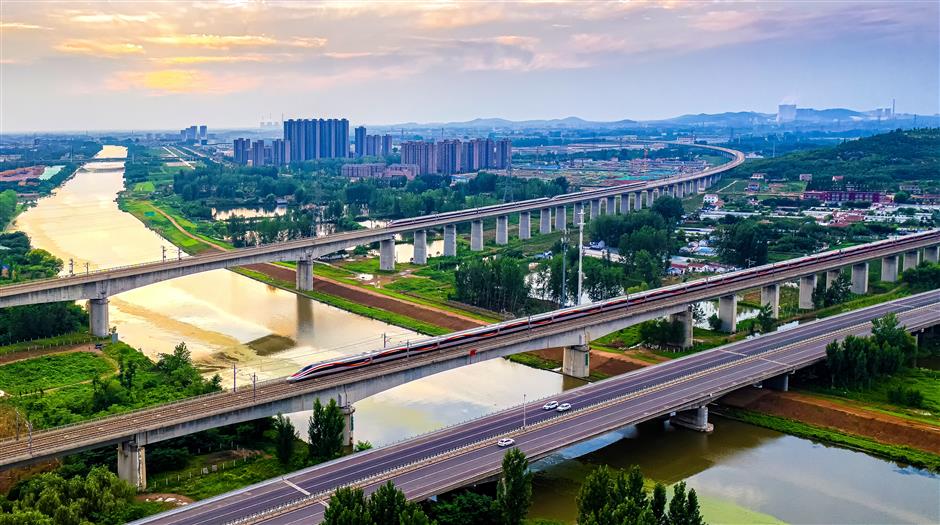 The rail travel rush will last for four days, from September 18 to September 21.

The peak passenger flow is expected to occur on September 19, the first day of the three-day holiday, and it is estimated that about 2.3 million passengers will take railway trips on the day.

To ease railway traffic pressure, extra trains will be put into service on popular routes such as Shanghai-Shenzhen, Shanghai-Guangzhou, Shanghai-Zhuhai and Nanchang-Shanghai.

Passengers are reminded to wear masks during their trips and cooperate with temperature and health QR code checks. 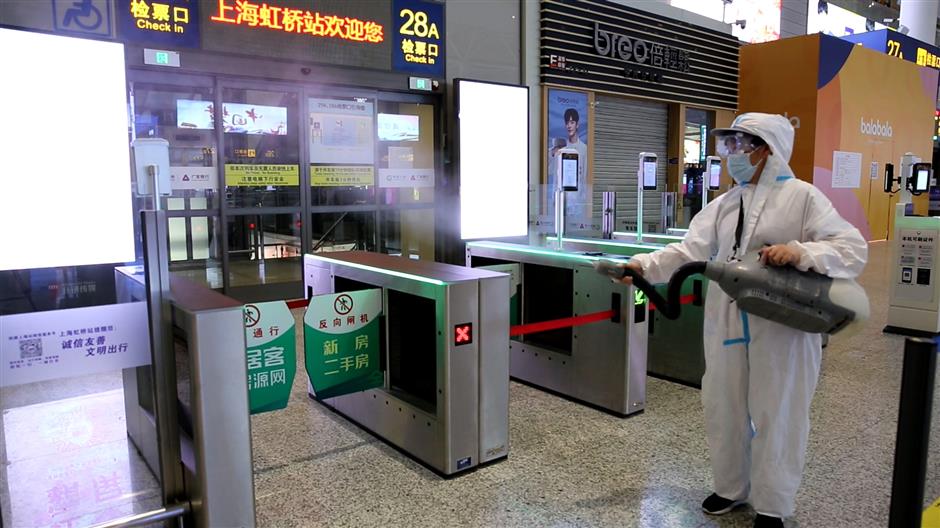 A staffer disinfects the turnstiles at Shanghai Hongqiao Railway Station.

Rail service resumes in some regions

Meanwhile, railway service in suburban Jinshan District resumed from 12pm on Wednesday as the intensity of Typhoon Chanthu diminished, the group revealed.

Jinshan Railway suspended service on September 13 ahead of the approach of the 14th typhoon of the season.

The group added that railway service in Yangzhou, neighboring Jiangsu Province, will resume from 12pm on Thursday as all places in the city have been designated as low risk for the coronavirus since September 9.

Yangzhou Railway was halted on August 6 following a new round of COVID-19 pandemic outbreak in the city since July 23.

Passengers can travel by train, if they have normal temperature as well as the green health code and travel code (without the * mark) , the group stated.