A map of the 22 service stations on the West Bund waterfront in Xuhui District.

Twenty-two service stations with multiple functions and stylish architectural designs have been built on the West Bund waterfront along the Huangpu River in Xuhui District.

The West Bund Service Spaces provide some 20 types of services, such as information, relaxation point, emergency assistance and tourism help, for visitors to the 8.4-kilometer-long popular riverfront.

The stations, with toilets, resting spaces and mobile phone charging facilities along with bag deposits, have served more than 200,000 people since the first of its kind was initially built in 2017. Around 4,000 volunteers have been recruited to man the stations, an official with the West Bund Development Group told a forum on Wednesday.

People can listen to a lecture, forum or salon as well as read books and relax simultaneously at the stations. They can also have coffee on the open-air terrace overseeing the river bank scenery. Joggers can rest, bathe, drink water or change clothes, while baby-care rooms and unisex toilets are also available. 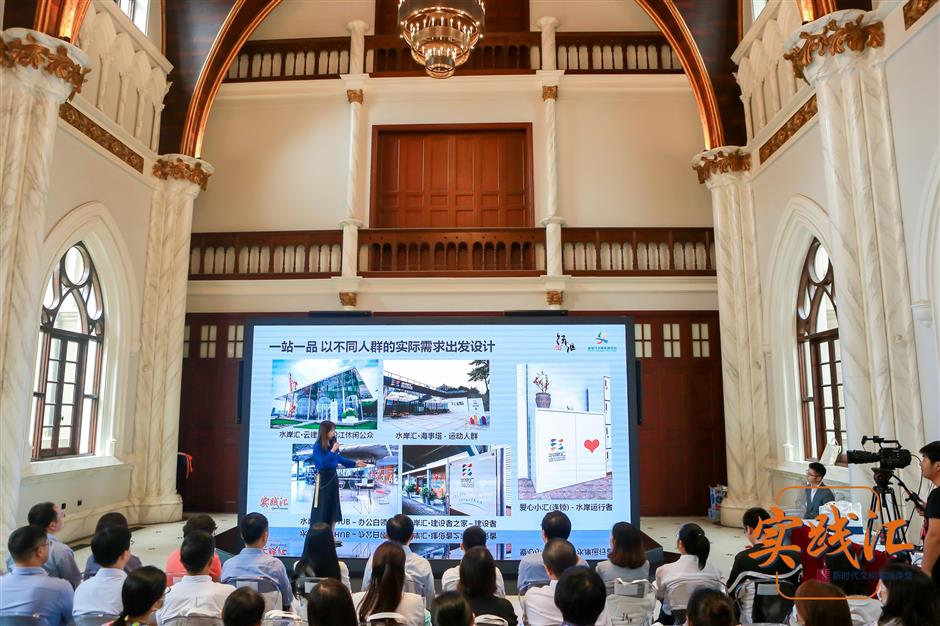 Residents and tourists are encouraged to enter the stations while walking or cycling along the waterfront to watch exhibitions about the history of the West Bund, which was once home to many of the city's early industries.

Meanwhile, 18 neighborhood centers have also been developed across Xuhui so residents can embrace their community.

Numerous activities are held at these centers, including talks with top scientists, photo exhibitions about local development and volunteer services.

A flagship center in Tianping Subdistrict, named Phoenix Tree Courtyard, has been set up at the historical complex on 64 Wulumuqi Road S. The main building was built in 1932 and designed by renowned architect Laszlo Hudec.

Pingtan performances, or storytelling to music in Suzhou dialect, are held regularly at a teahouse in the complex. Audiences only need to pay for tea and listen to traditional performances throughout the day. Dim sum masters also teach how to make traditional snacks.

The two kinds of service centers were talked up at the Shijianhui forum, which is held regularly at the Xuhui District Hui Exhibition Hall, with experts, community staff, volunteers and residents sharing their experience and practices related to volunteer services.

Six public lectures have been held offline and online to introduce 25 volunteer and community services across the downtown district. 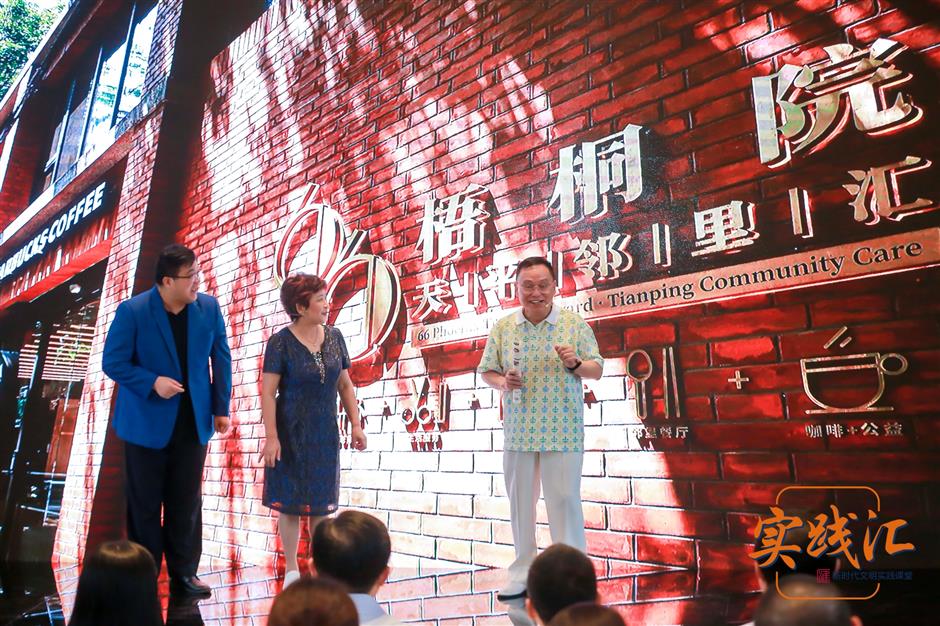