Six endangered sea turtles on Wednesday took a passenger flight from Shanghai to southern Hainan Island, where they will be released into the South China Sea.

The Green Sea Turtles, a top-level national protected animal, were confiscated by the Pudong Procuratorate during a police crackdown on an illegal hunting and selling chain in 2019.

The turtles, weighing a total 400 kilograms, took the China Southern Airlines flight CZ3836, which took off around 5pm from Pudong airport to the Phoenix International Airport in Sanya, Hainan Province. The flight landed at 8:14pm.

Experts will conduct medical inspections and wild training before releasing them into the South China Sea.

The carrier had made full preparations to conduct the special mission, according to China Southern's Shanghai branch. The turtles were delivered to the tarmac directly. Staff members rechecked the condition of each turtle and made sure they could breathe freely in the cargo cabin of the aircraft.

A dozen of the turtles were confiscated when local police cracked down on the illegal industrial chain involving the hunting, selling, transportation and purchase of various precious, endangered and protected wild animals.

Six turtles were freed in the East China Sea in October 2020, while the rest, suffering intestinal tract disease, stayed in the city for treatment. 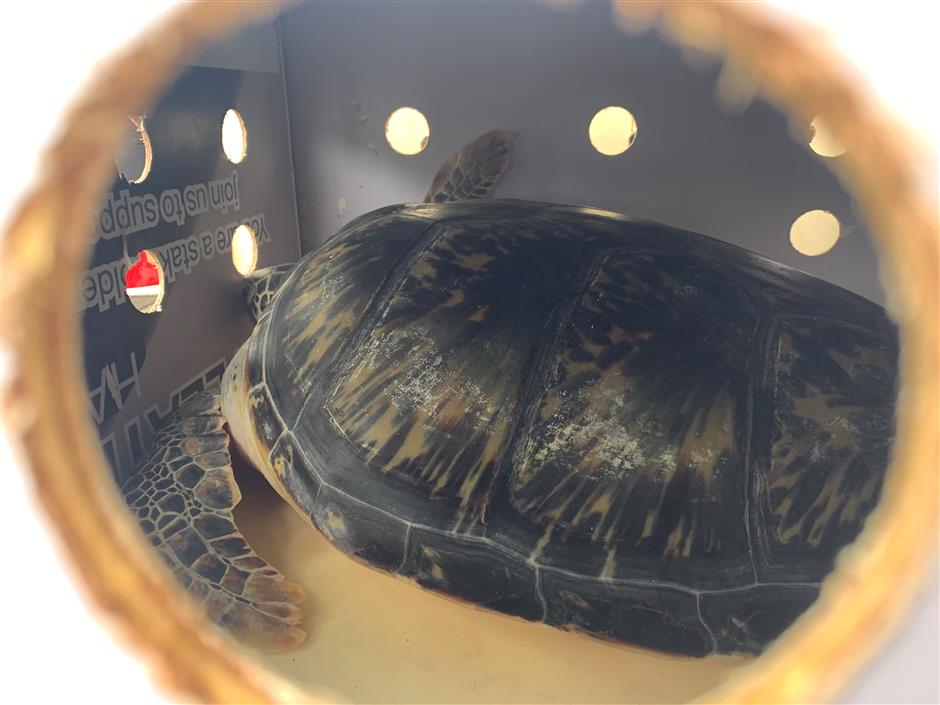 A sea turtle is seen in the specialized box for a flight to Hainan Island. 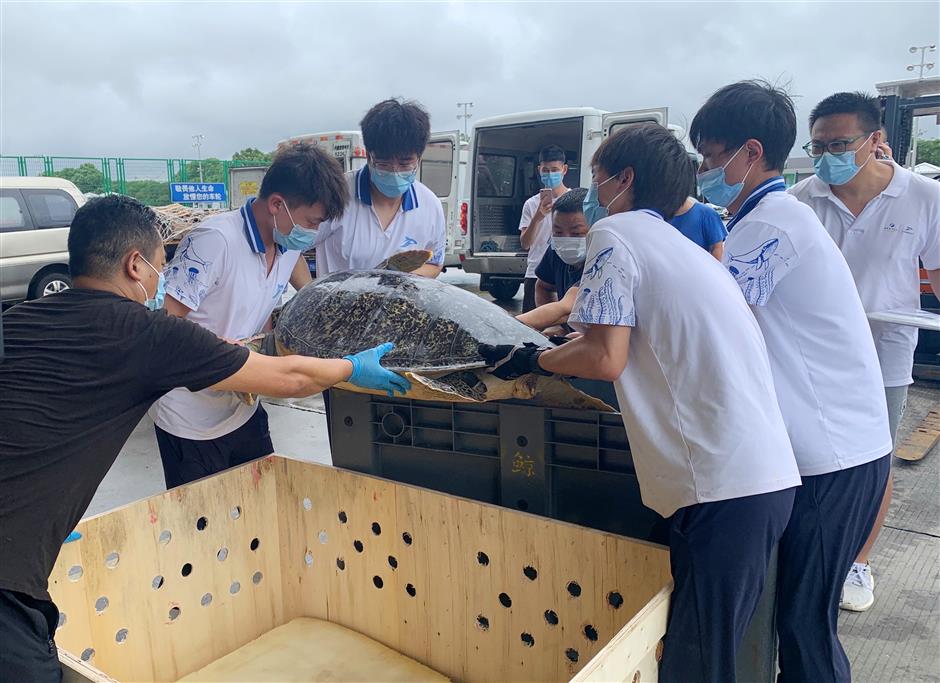 China Southern Airlines staff put one of the six turtles into the cargo box.

The boxes carrying the sea turtles are delivered to the cargo hold of the Airbus A321 aircraft.