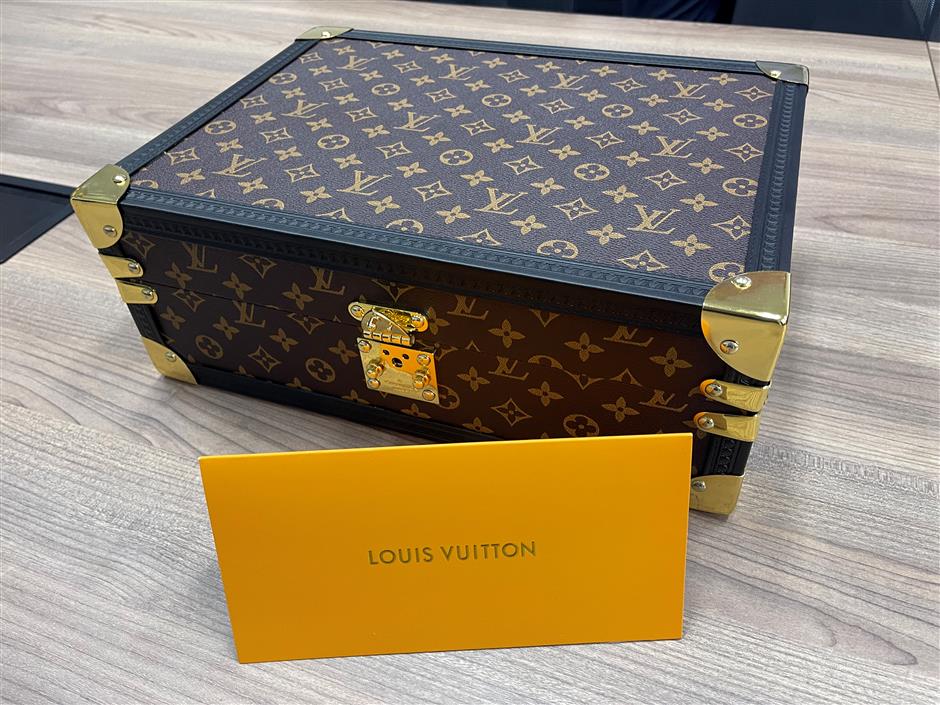 The fake Louis Vuitton mooncakes seized in one of the cases.

Police raided the gang on Wednesday and seized over 500 boxes of the fake products and over 10,000 unpacked mooncakes claimed to be of the same brand.

The authentic counterparts of the seized products are said to be worth over 1 million yuan (US$155,000).

Over the past two weeks, police detained another 14 suspects in three fake mooncake cases and seized fakes whose authentic counterparts are estimated to be worth over 11.5 million yuan.

The suspects allegedly produced mooncakes under famous brands with no authorization from the brand owners.