Shanghai's first double-decker shuttle bus taking people to see the glamor of the city's classic architecture was launched today as a highlight of Shanghai Tourism Festival which starts on Friday.

The 22-kilometer guided trip will last about 80 minutes and pass about 30 architectural landmarks in both Puxi and Pudong areas.

"It is the first time that I have taken a sightseeing bus in Shanghai although I was born in the city and have lived here for over 50 years," said an excited Deng, busy taking photos.

"The sunny weather makes the journey more pleasant," she said. 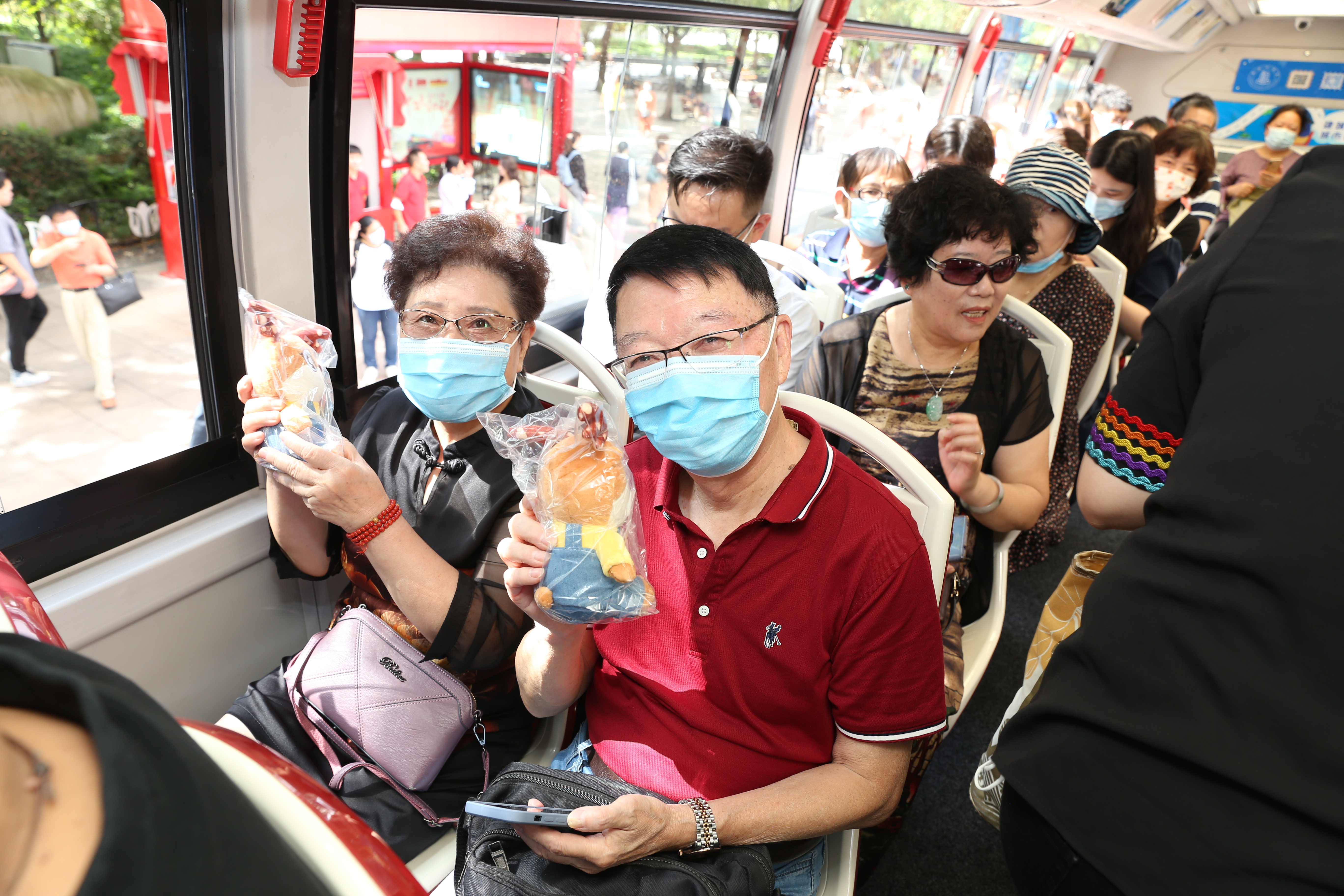 Shanghai resident Chen Shengming took the bus with his grandson.

"We always saw sightseeing buses when traveling on Nanjing Road and my grandson said he wanted to have a ride," said Chen.

"The bus takes people to experience Shanghai's historic architecture, which is really good," he added.

The bus service is part of the city's ongoing efforts to promote its culture and architecture.

QR codes have been attached to more than 2,400 historical buildings and protected areas in Shanghai, enabling people to "read" the stories behind them.

A digital approach will be taken this year to provide a more immersive experience for visitors.

Visitors can read the texts, some of which are bilingual, view new and old pictures, listen to audio information and watch videos of virtual tours simply by scanning a QR code with their smartphones.

The annual Shanghai Tourism Festival, in its 32nd edition, runs from September 17 to October 6.

"The duration (of the festival) has been cut and big offline activities, such as the opening and closing ceremonies, will be cancelled to prevent gatherings," Cheng Meihong, deputy director of Shanghai Administration of Culture and Tourism, said on Wednesday.

"Readable architecture and walking tours are the theme of this year's festival," she said.

The city has witnessed a booming tourism market in the first half of this year, Shanghai-based online travel operator Trip.com revealed on Friday in a report.

Its order numbers for tours in the city in the first half of this year nearly doubled those of the same period last year, according to the travel operator.

The number of bookings by families with children surged 102 percent in the first half from the same period last year and their per capita consumption grew 23 percent on average.

Night tours in the city were gaining popularity with relevant orders soaring 63 percent between January and June from the same period in 2019.

More than 61 percent of these orders in the second quarter came from people born between 1980 and 2000.

Discounted performance tickets will be offered.