Tickling ivories for anyone who happens to pass by 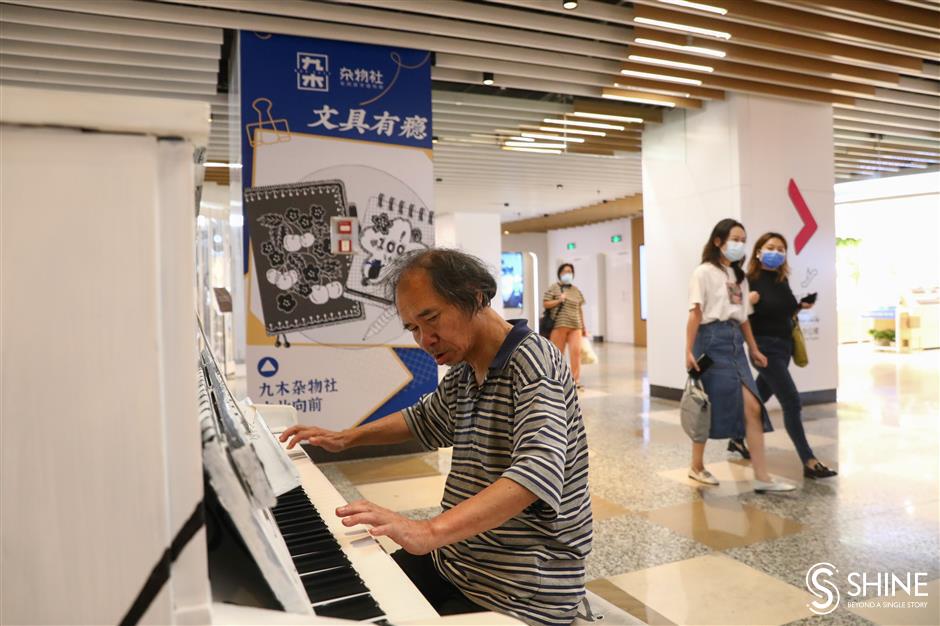 Huang Weimin, 73, has played the piano in a public location every day for the past two years.

Every day between 6am and 10pm, Huang Weimin, 73, makes a 45-minute trip on foot from his home to an underground pathway connecting TaiKoo Hui commercial complex and Nanjing Road W. Metro Station to tickle the ivories.

And every day, people stop to listen, smile and offer him compliments.

"I started playing the piano here every day from morning to night two years ago, because I love it so much," Huang said.

He held a dream to soak himself in music when he was as young as 20 years old. So, he practiced violin a lot, hoping to be admitted to the Shanghai Conservatory of Music and become a violinist, but sadly, his dream didn't come true.

After retiring in 2017, Huang resurrected his musical dream. He practiced piano as much as he could, which he thinks is a good way to prevent Alzheimer's.

With the introduction of a friend, he started to practice on the public piano in the underground commercial street.

The mall has had many hand-painted pianos placed there since 2019, with an open invitation to play.

"Practicing piano in a subway station can train psychological quality and help with stage fright," Huang said. "I find it easier to keep the habit than playing alone somewhere. My dream is to learn 50 piano pieces and hold my first piano concert." 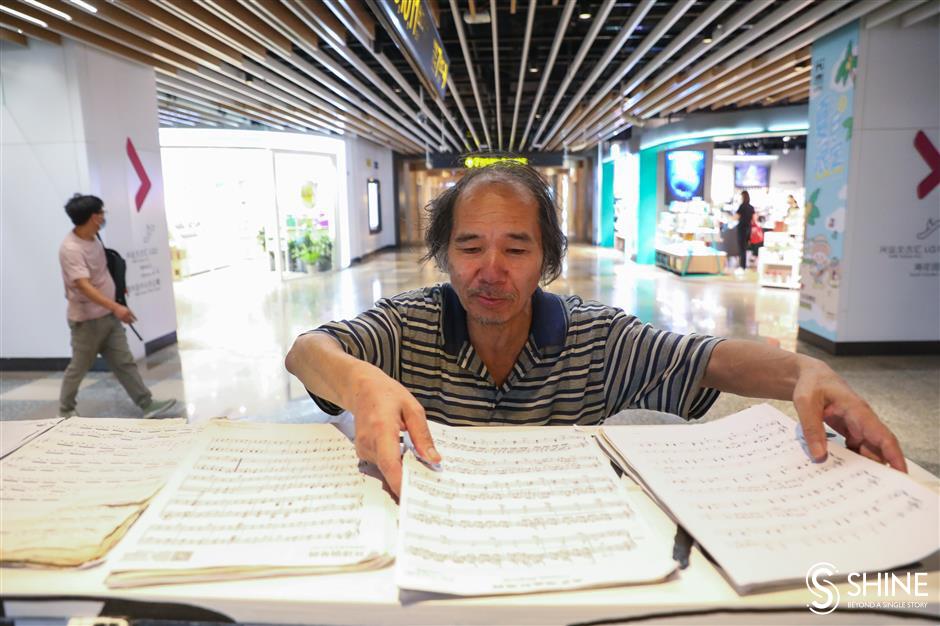 People stop to listen to his music and videotape him.