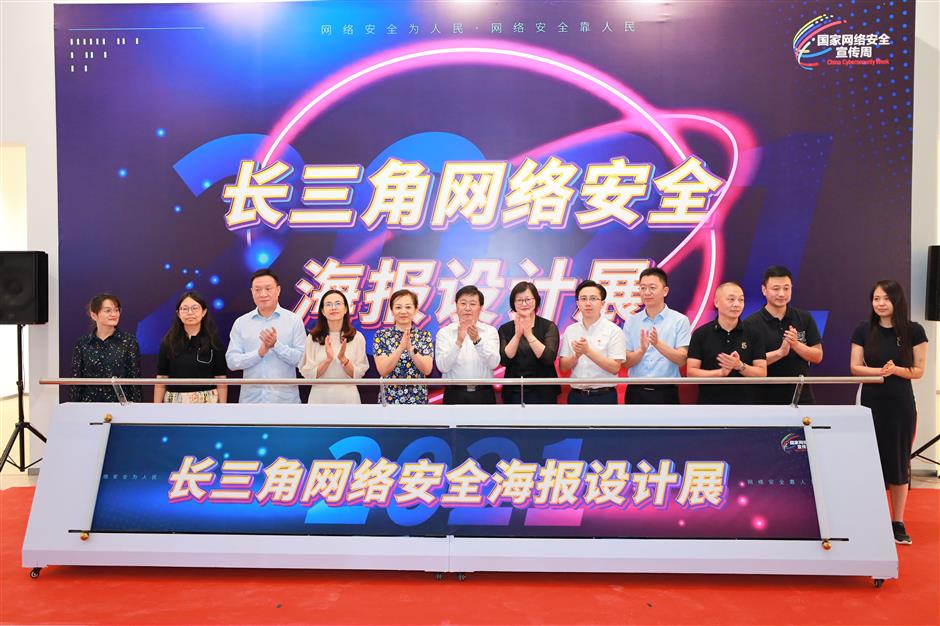 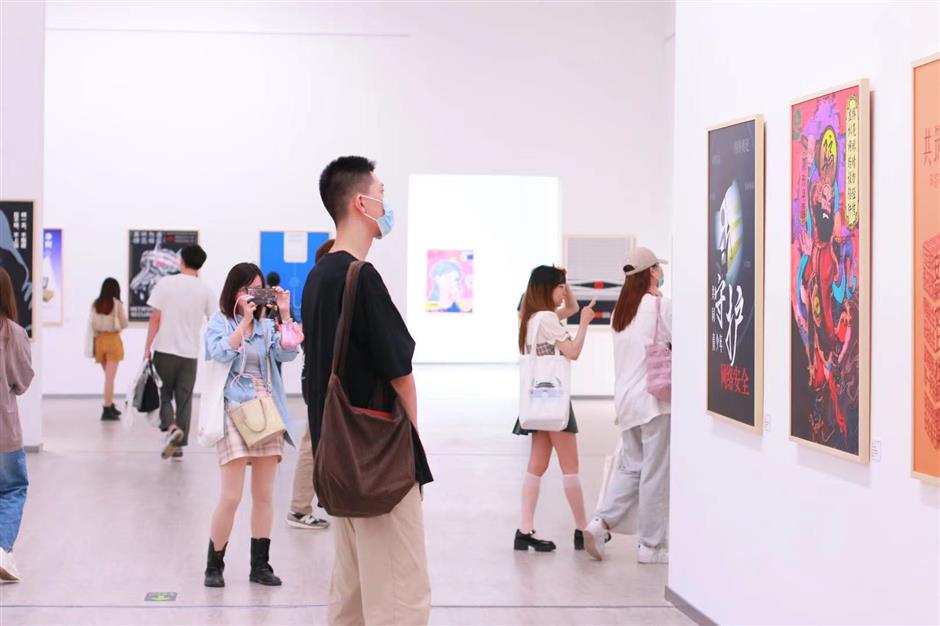 After two months of collection and evaluation, 109 works were included in the exhibition held at Ke Art Museum.

The posters on display cover a wide range of topics such as cyber technology security, finance security and personal information protection.

The exhibition will move later to major cultural and tourism venues in the Yangtze River Delta Ecology and Greenery Integration Demonstration Zone.

It is jointly hosted by cyberspace authorities in Qingpu, Wujiang District of Suzhou, Jiangsu Province and Jiashan County in Jiaxing City, Zhejiang Province.

The exhibition is part of the China Cyber Security Week to be held from October 11 to 17 this year. 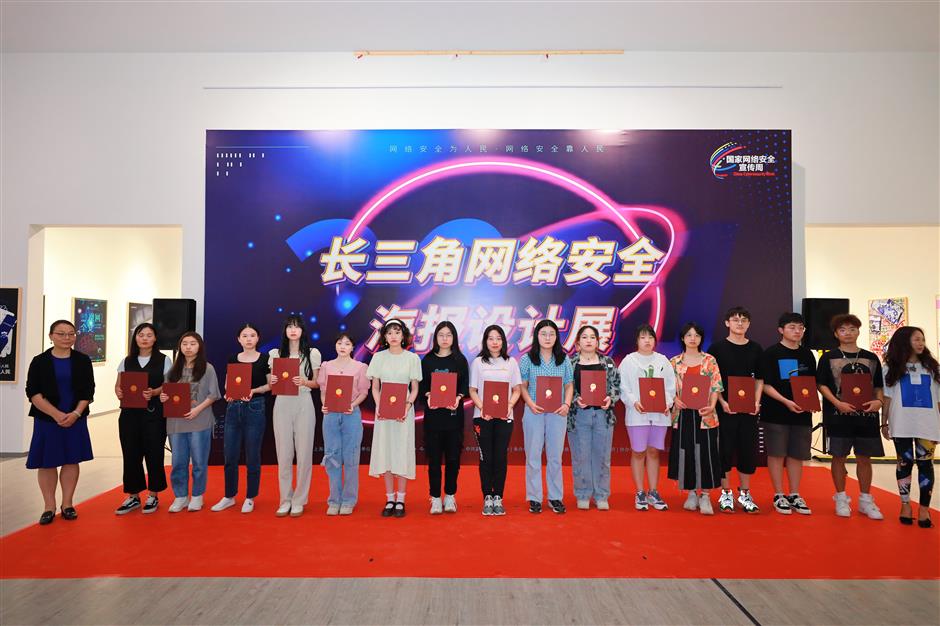 Winners of the cyber security poster design competition pose for a photo.