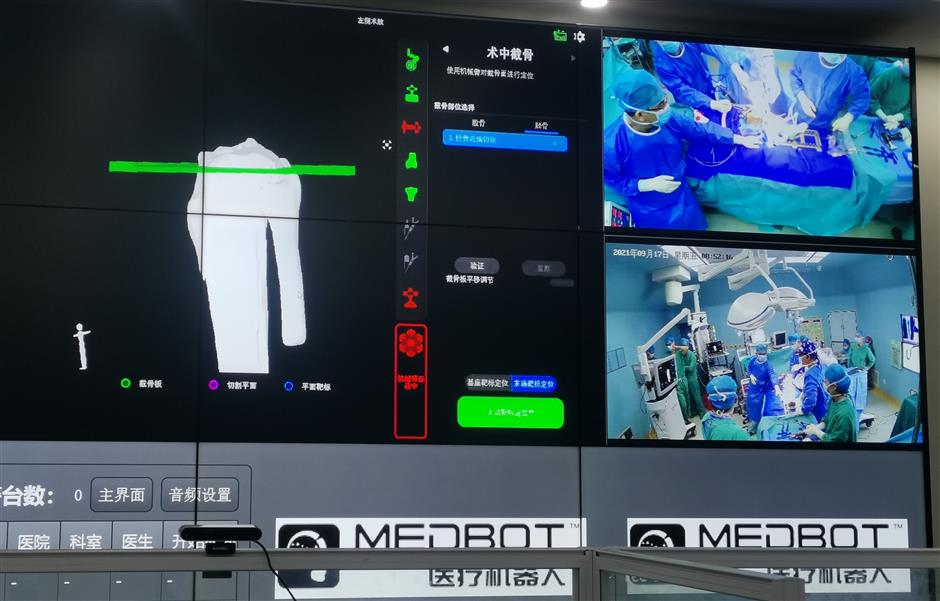 One patient in Guangdong Province and the other in Yunnan Province received the surgery in their hometowns instead of having to travel to Shanghai.

Both surgeries ran quickly and smoothly.

Dr Li Huiwu from Shanghai Ninth People's Hospital, a leading expert on the development of domestically made orthopedic surgical robots, said both patients are expected to walk and start rehabilitation on Saturday.

"Robot-assisted artificial knee joint replacement is more precise, minimally invasive and individualized. We want to introduce more high-quality medical resources and technologies to grassroots hospitals around the nation to benefit more patients, who can enjoy good medical services near their homes ," Li said.

The surgical robot developed by Li and his team is the first registered domestic joint surgical robot that has completed clinical trials, the hospital said. 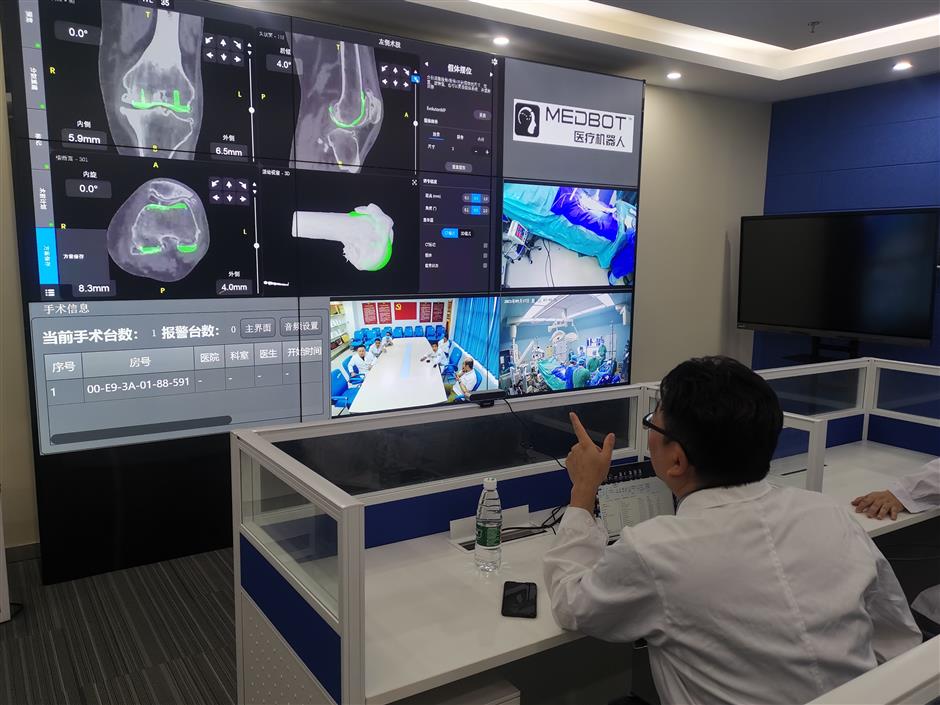