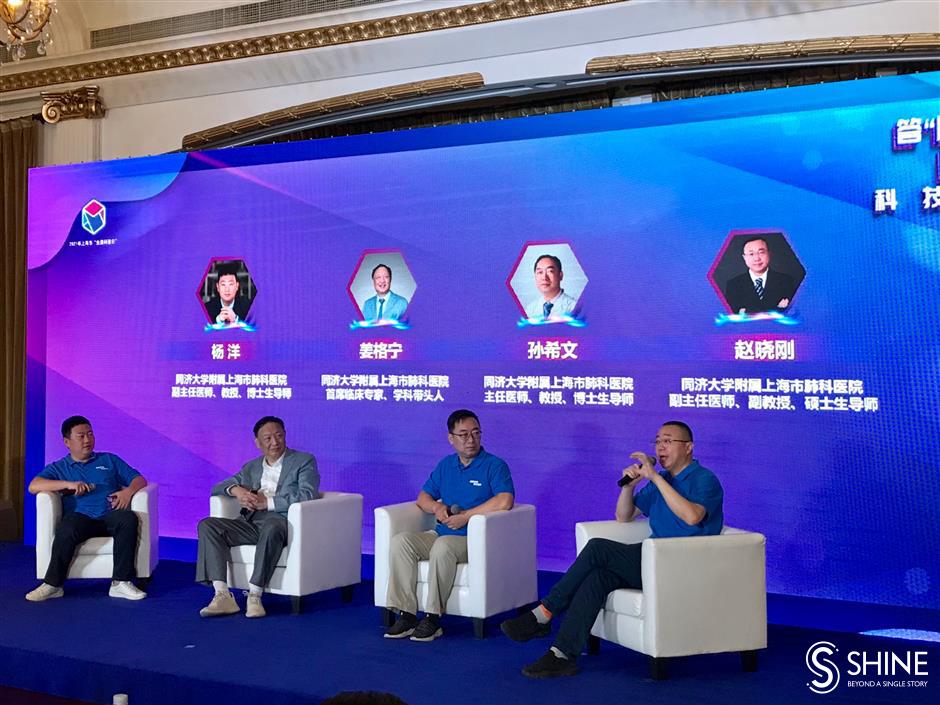 Medical experts explained common lung problems to ease people's tensions over the top killer – cancer – at an event held at the Shanghai Science Hall on Thursday during the weeklong activities to celebrate this year's National Science Popularization Day.

In China and cross the world, lung cancer is the most prevalent cancer and leading cause of cancer-related death. About 710,000 people die from lung cancer every year in China alone. It has raised public awareness for lung exams, and an increasing number of small nodules have been discovered, making patients panic.

"Nodules are just what we call abnormal CT scans," said Dr Jiang Gening, a leading clinical expert from the Shanghai Pulmonary Hospital. "They don't necessarily cause cancer, and there are many cases where nodules disappear naturally."

The event was co-sponsored by the pulmonary hospital and the Shanghai Association for Science and Technology.