Twenty-five rehabilitation role model facilities in the nation were honored on Friday in Shanghai as part of this year's National Science Popularization Day.

During the week, a total of 127 rehabilitation experts conducted 32 online lectures, and many regions organized offline consultations, trainings and lectures to enhance public awareness of the importance of rehabilitation, which more than 3 million people benefit from.

During the ceremony at Tongji University's Yangzhi Rehabilitation Hospital, experts gave lectures on children's development, disease prevention and control, and common diseases among the elderly.

China started rehabilitation only 30 years ago but has developed quickly in the last decade, especially in big cities like Shanghai, with more than 430 medical facilities that offer rehab therapy.

Public awareness of rehabilitation is still low. Even in Shanghai's leading orthopedic hospitals, more than one-third of patients failed to receive rehabilitation therapy. 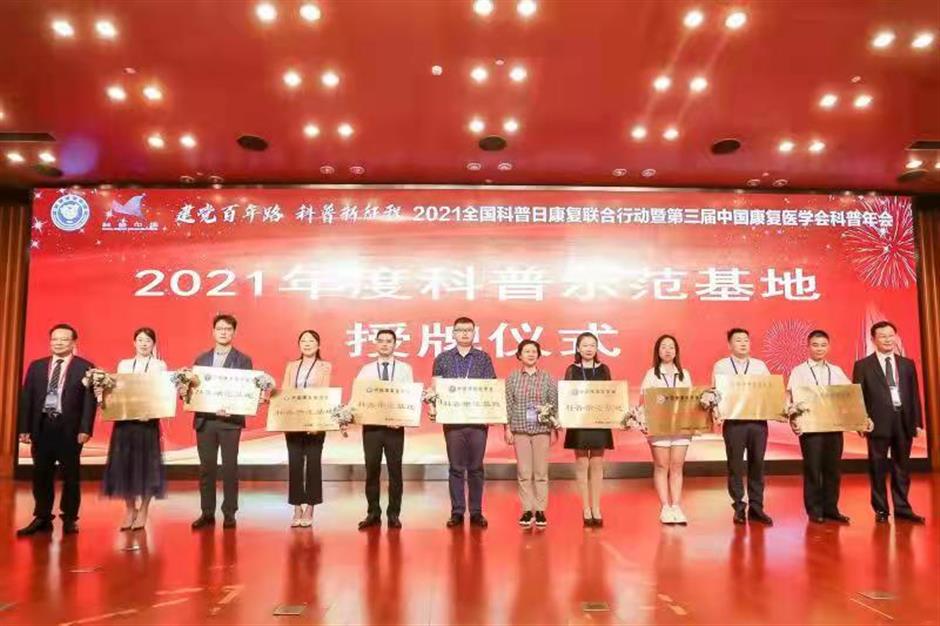 Representatives from the 25 honored rehabilitation facilities.