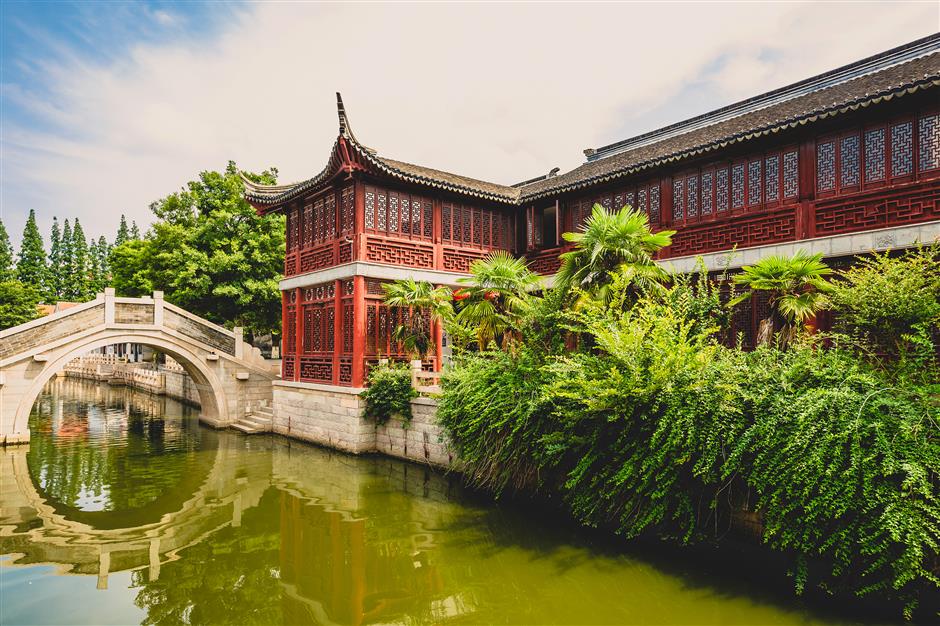 The ancient Shaxi Town of Taicang in neighboring Jiangsu Province.

Designers and companies from home and abroad are invited to create official souvenirs for Taicang and invoke the history and culture of a city that dates back to the Spring and Autumn Period (770-476 BC).

Taicang aims to highlight its position as Shanghai's neighboring city and the ambition to become the "next Shanghai," according to the city's authorities.

The authority has cooperated with Shanghai's Yuyuan Culture Business Group to host the competition and pick the best products to promote its global influence amid the integrated development of the Yangtze River Delta region, a key national strategy of China.

Designers are required to invoke the main cultural genes of Taicang in the souvenirs such as the Loudong Culture, which originated from the ancient name of Taicang, the culture about great Chinese navigator Zheng He, who set sail from the city, as well as its large gathering of German companies.

The competition will be held among both professional designers and artists as well as college students in two separate groups.

The tourism souvenirs should be themed on Taicang's outstanding agricultural products, the Loudong Culture, the intangible culture heritages, Zheng He, German companies and modern farmlands and city.

The projects should showcase the characteristic scenery or city image of Taicang as well as its history. They must be practical, easy to carry and feature original designs.

The top award is 50,000 yuan ($7,728) for the professional group and 20,000 yuan for students. The winners will also become the contract designers of the Yuyuan Garden Malls.

Participants must send their designs to taicangwc@126.com by October 31. The final competition will be held in December 2021. They can scan the QR code with WeChat for detailed information.

Taicang, literally meaning "Emperor's Warehouse," was originally built by the Wu Kingdom of the Spring and Autumn Period (770-476 BC) as its major granary. The Ming Dynasty (1368-1644) navigator and diplomatist Zheng He set off from Taicang from 1405 to 1433 with more than 300 ships for expeditions to India and Africa.

Taicang is nowadays known as the "Backyard garden of Shanghai" and the "hometown of German companies" with about 360 firms from Germany based in the city. 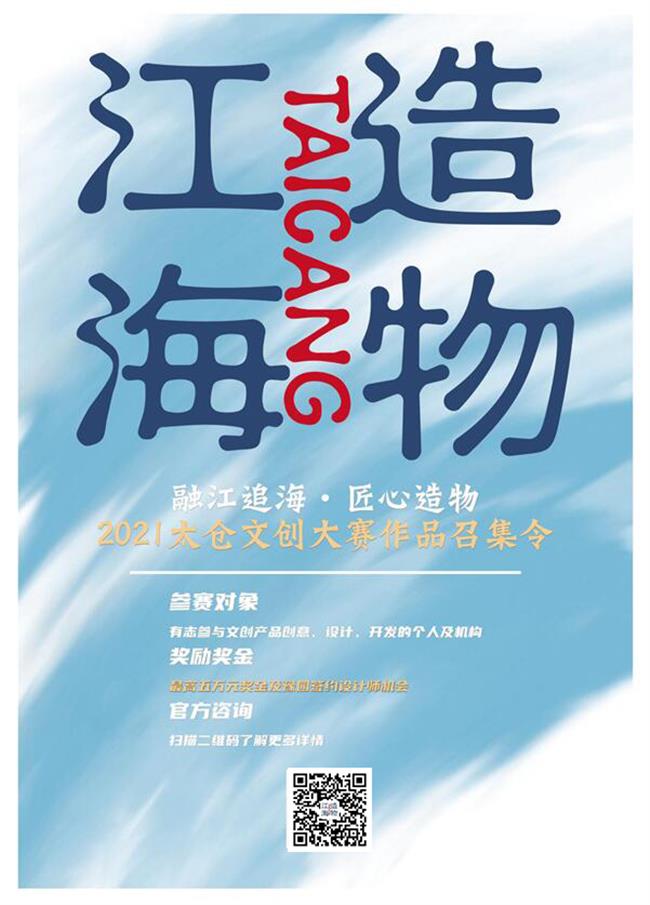 The poster and QR code for the design competition.