Fraud alerts in English and mooncakes for Shanghai expats 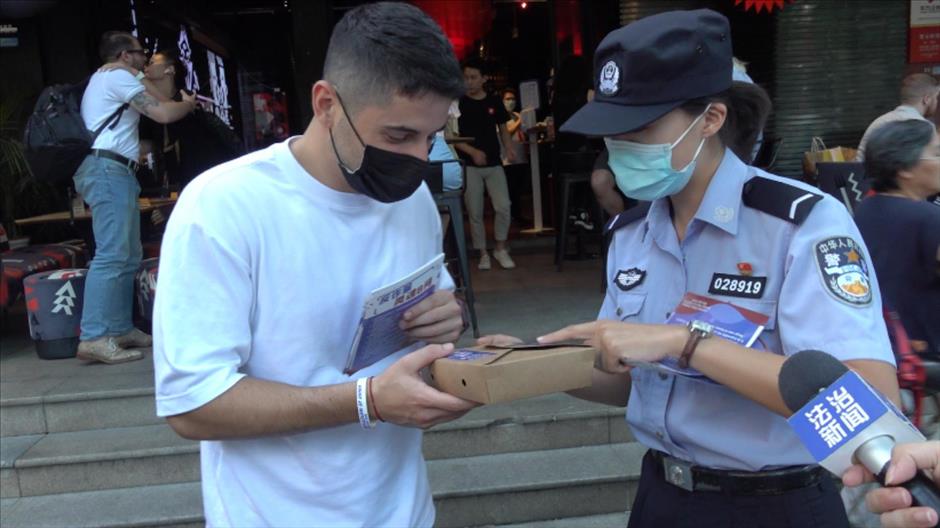 Italian expat Manfredi, manager of a bar in Jing'an District, receives a visit from police on Saturday.

Are expatriates in China immune to telecom and Internet frauds?

Police in Jing'an District have given a negative answer.

After receiving several reports of expats being caught up in such frauds, the district police embarked on a campaign to alert this group of residents.

With leaflets of fraud reminders translated into English, they visited expats who live and work in the district on Saturday.

One of the expats is Manfredi from Italy, who is the manager of a bar in Jing'an, and has been living in Shanghai for five years.

"Maybe foreigners who have just come to China are susceptible to frauds, but experienced laowai who have some knowledge of Chinese are almost immune," he said. "Generally speaking, it's very safe here."

He said expats usually ignore SMS messages in Chinese, which wards off a lot of the scammers.

"There are similar money frauds in Europe, and we have learned to always be wary of requests of financial dealings," he said. "Also, I always stay alert when someone tells me I'm about to get really lucky."

As the Chinese Mid-Autumn Festival is around the corner, the police also delivered special mooncakes to thank expats for their support and wish them a happy festival.

The leaflet features "eight questions to ask yourself to prevent fraud," translated from the Chinese version which has become very popular through social networks.

While some expats find them a bit light-hearted, they're quite informative.

1. Why are you so lucky to be chosen to make quick and easy money just by clicking on web links?

2. Why such a cute girl or a handsome guy approaching you on the Internet can't find a lover offline?

3. Is it possible that a police officer notifies the suspect in advance before an arrest?

4. Are you charming enough to make a sexy girl do nude chats with you?

5. Will a kind stranger on the Internet loan money to you with no mortgage and no interest?

6. Why is your personal information sought, after you click on an unfamiliar web link?

7. Why would a self-titled "investment guru" approach you and play so nice to help you manage your assets?

8. Is it possible that your boss asks you on WeChat to transfer a large sum of money to a bank account? 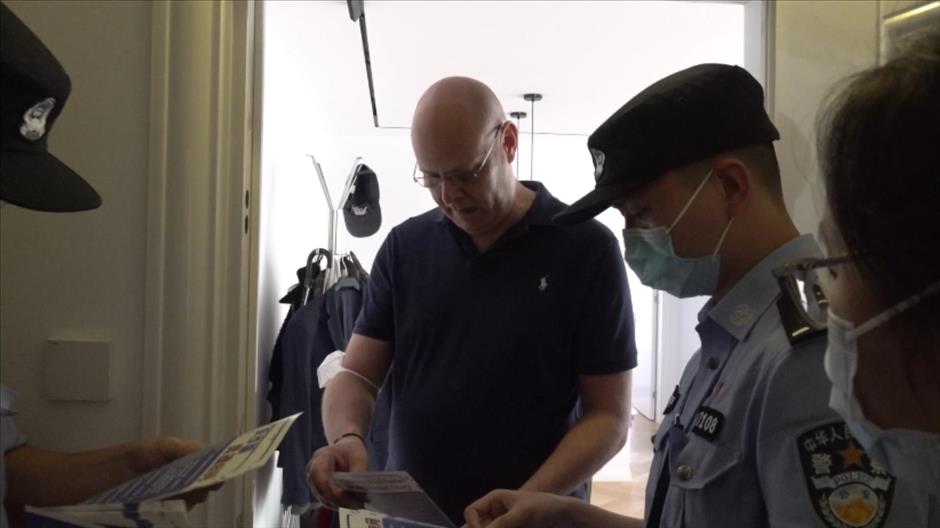 Peter, an expat from Sweden, who lives in Jing'an District, reads leaflets in English warning about fraud.