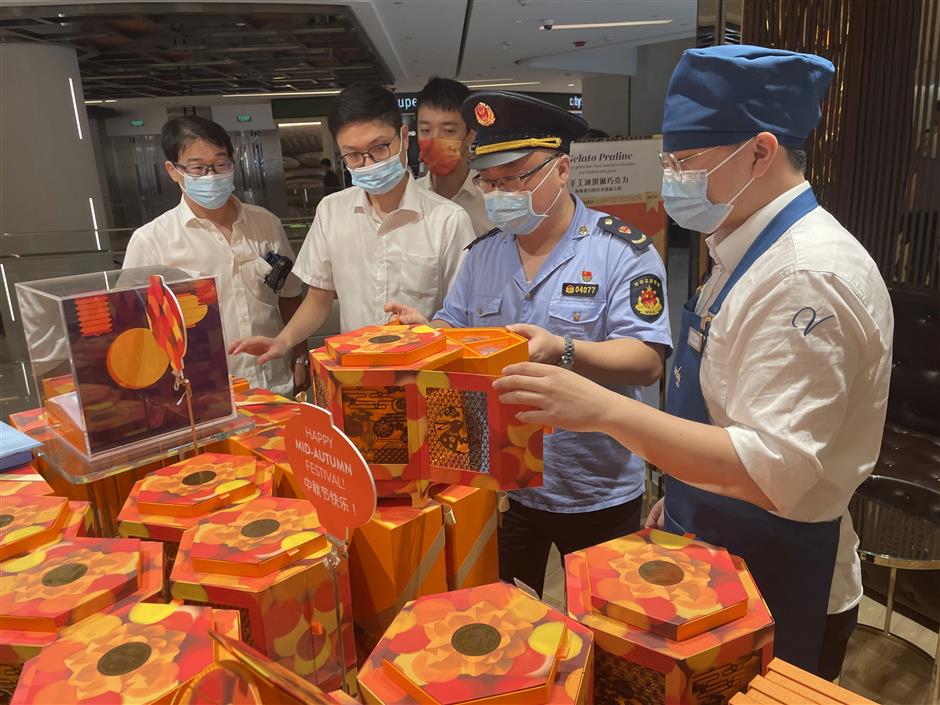 Officials carry out an inspection. Officials check the ratio of mooncakes and packaging.

Four brands were named by the city's market watchdog on Sunday after their mooncake gift boxes were suspected of being over-packaged based on preliminary checks.

The four were Godiva, Venchi, Chua Lam's Dim Sum and Kwei Mun Lung, according to the Shanghai Administration for Market Regulation.

Further tests and investigation is underway.

The number of layers of packaging as well as the ratio of empty space inside boxes are the major criteria in determining excessive packaging, according to China's national standard on packaging of food, which was implemented in 2010.