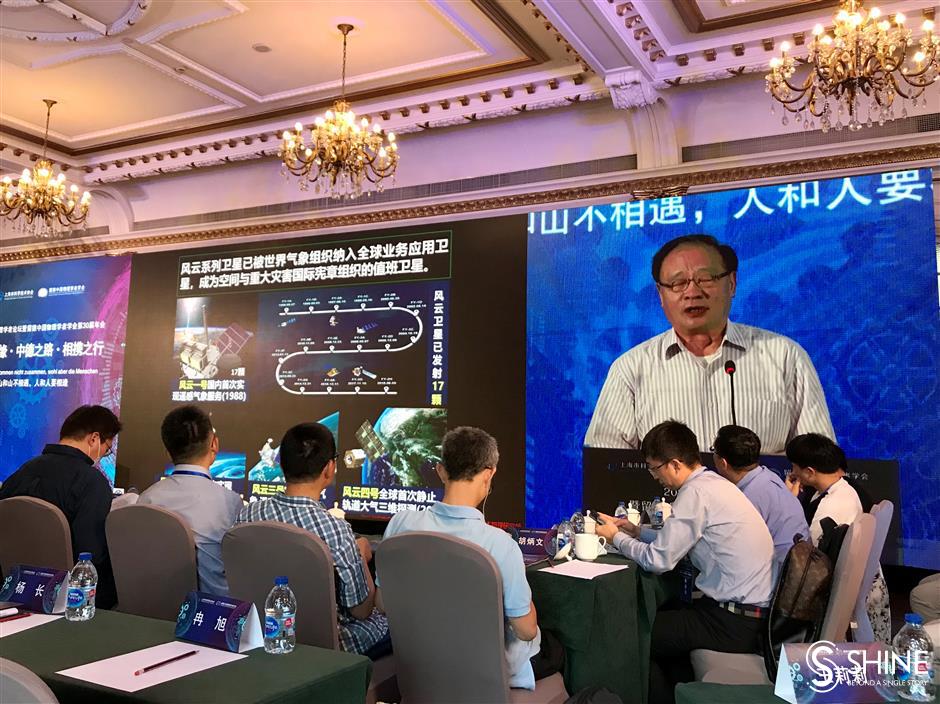 Chinese and German physicists talk at an academic forum held in Shanghai.

Chinese and German physicists shared their views about the development of physics at a forum held in the Shanghai Science Hall on Saturday.

More than 10 renowned scholars, including professor Ursel Fantz from the Max Planck Institute for Plasma Physics, and Chu Junhao and Ma Yugang, both academicians from the Chinese Academy of Sciences, talked about basic and advanced physics researches in quantum information, integrated circuits, artificial intelligence and other subjects, at the scene or through remote video.

They shared the latest academic and industrial achievements, as well as discussed scientific and technological cooperation between scientists in the two countries.

The forum was co-held by the Shanghai Association for Science and Technology and the Society of Chinese Physicists in Germany, commonly known in Germany as GCPD.

"Physics is the cornerstone of innovation," said Ma Xingfa, Party secretary and vice president of the Shanghai Association for Science and Technology.

The association has joined hands with the Pudong New Area to set up an overseas talent offshore innovation and entrepreneurship base at the free trade zone. They are in cooperation with more than 20 scientific and technological groups set up by overseas Chinese scientists to carry out academic exchanges and other events.