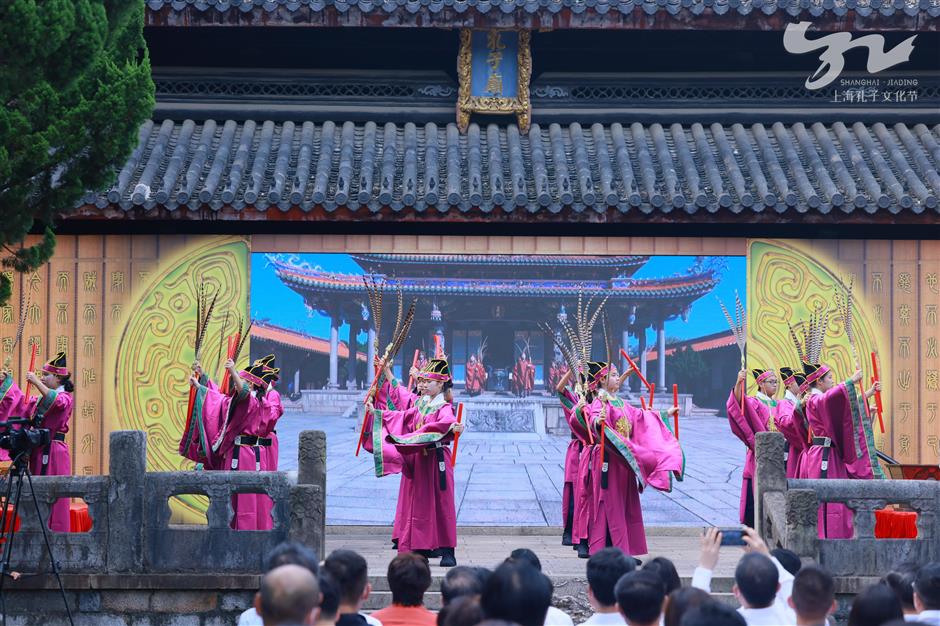 Ritual dances and songs were performed at Confucius temples in Jiading District in Shanghai and Taipei in Taiwan during the Mid-Autumn Festival holiday to launch this year's Shanghai Confucian Culture Festival.

The city festival has been held every September since 2008 to commemorate the ancient scholar and pass on traditional Chinese culture. It was the second year it was joined by the Confucius temple in Taipei via the Internet.

Tsai Rwei-syin, one of the students, said they practiced two months for the performance.

"My mother is a 74th-generation offspring of Confucius and I have been learning about his thoughts from childhood," said Tsai.

Lu Fangzhou, Party secretary of Jiading, said he hoped the two places, with the Confucius temples, can enhance the inheritance of traditional Chinese culture and boost communication across the Taiwan Strait to jointly achieve the rejuvenation of the Chinese nation.

During the opening ceremony of the festival, the suburban district also launched a program for experts and scholars from the Yangtze River Delta region and Taiwan to deliver lectures on traditional culture. The first lecture will take place next week. 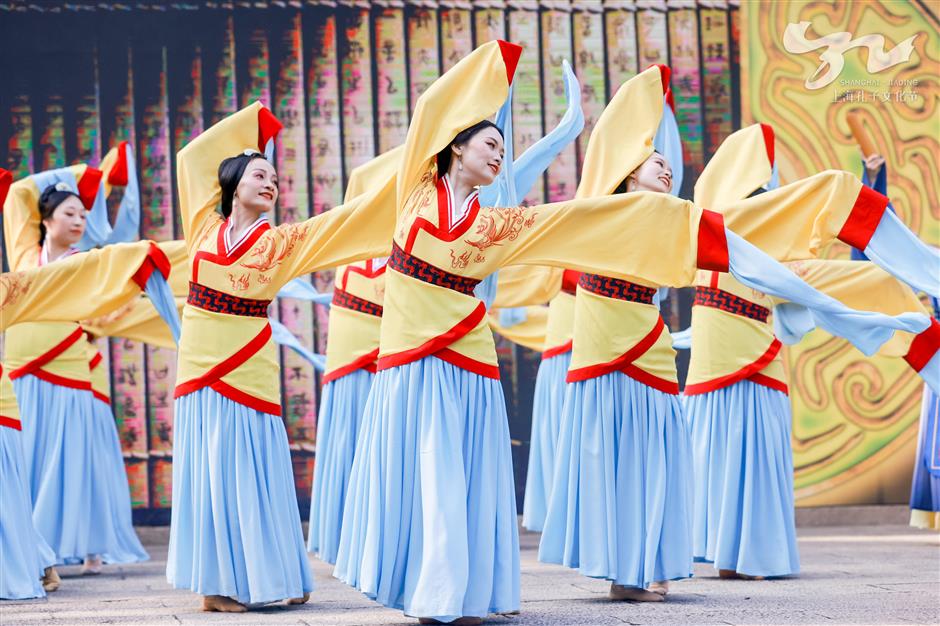 Dancers perform a dance about reading during the launch of the festival. 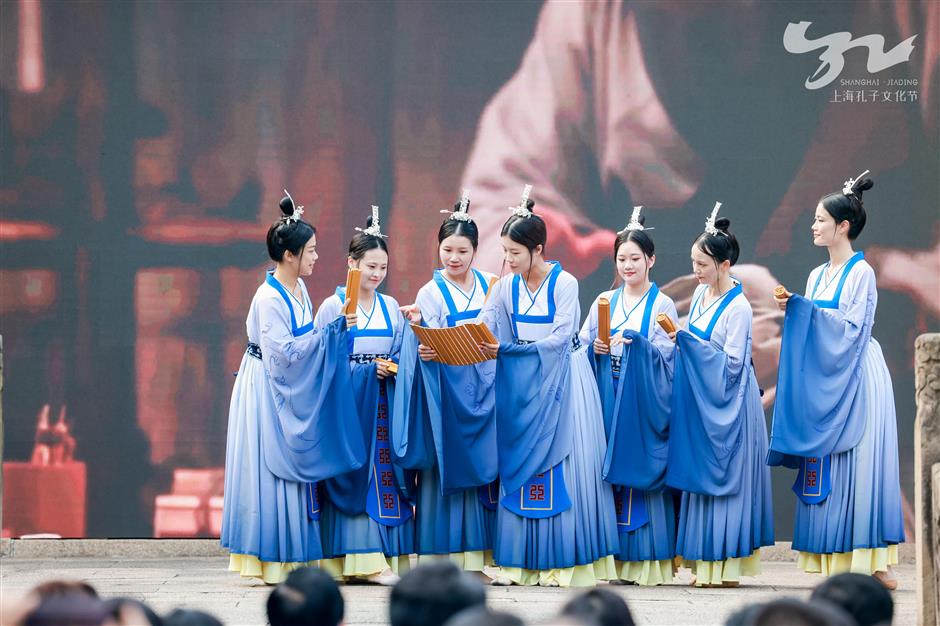 Dancers perform a dance about reading.