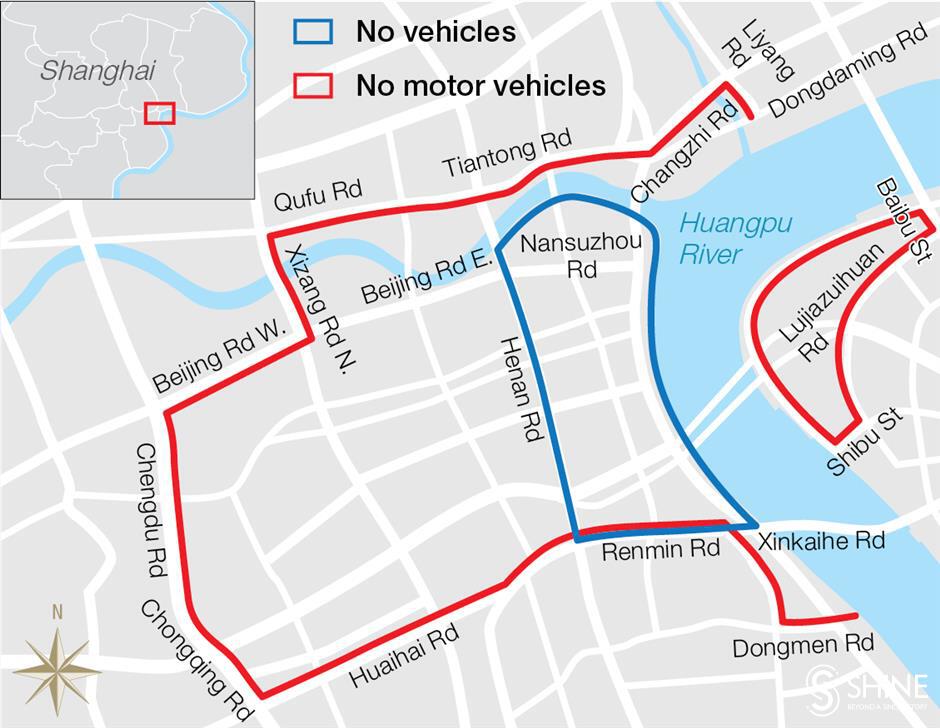 The areas affected by the traffic ban for the upcoming National Day holiday.

Cars will be banned from entering many downtown areas along the Huangpu River in the evening during the upcoming National Day holiday, Shanghai police announced on Friday.

In a smaller area bound by Suzhou Road, Henan Road, Renmin Road, Xinkaihe Road and the riverside, all non-motor vehicles will also be banned during the same hours.

East of the river, all motor vehicles will be banned in the area surrounded by Baibu Street, Lujiazuihuan Road, Shibu Street and the riverside.

The above rules will apply from September 30 to October 7 while the seven-day National Day holiday is from October 1 to 7.

Additionally, from 4pm to 11:30pm every day from October 1 to 7, all exits of the Nanjing Road E. Metro Station on lines 2 and 10 will be closed. The Huangpu River Sightseeing Tunnel will be closed, too. The exits and the tunnel will also be closed from 8pm to 11:30pm on September 30.

The Dongjin ferry line over Huangpu River will not operate from 3pm to 6:30pm daily from October 1 to 7.