The number of railway passenger trips is expected to exceed 20 million in the Yangtze River Delta region during the upcoming weeklong National Day holiday starting from October 1, the China Railway Shanghai Group said on Thursday.

The railway travel rush is predicted to last for 11 days – from September 28 to October 8 – with peak flow occurring on October 1, the first day of the holiday when more than 3 million passengers are anticipated.

To reduce traffic pressure, more trains will run to popular destinations, including Shanghai to Pingxiang, Wuhan, Qingdao, Jiujiang and Huaihua.

High-speed trains, such as Shanghai-Shenzhen, Shanghai-Zhuhai and Shanghai-Guangzhou, will be increased as well, according to the railway group.

Due to recent COVID-19 outbreaks in some cities around the country, the Yangtze River Delta railway will carefully check passengers' temperatures, health codes and travel histories.

Passengers are reminded to wear masks while riding, maintain good personal hygiene and cooperate with temperature and health code checks.

Also, as many cities have more than one railway station, people should pay attention to their travel information and be sure to remember the station name marked on their tickets. 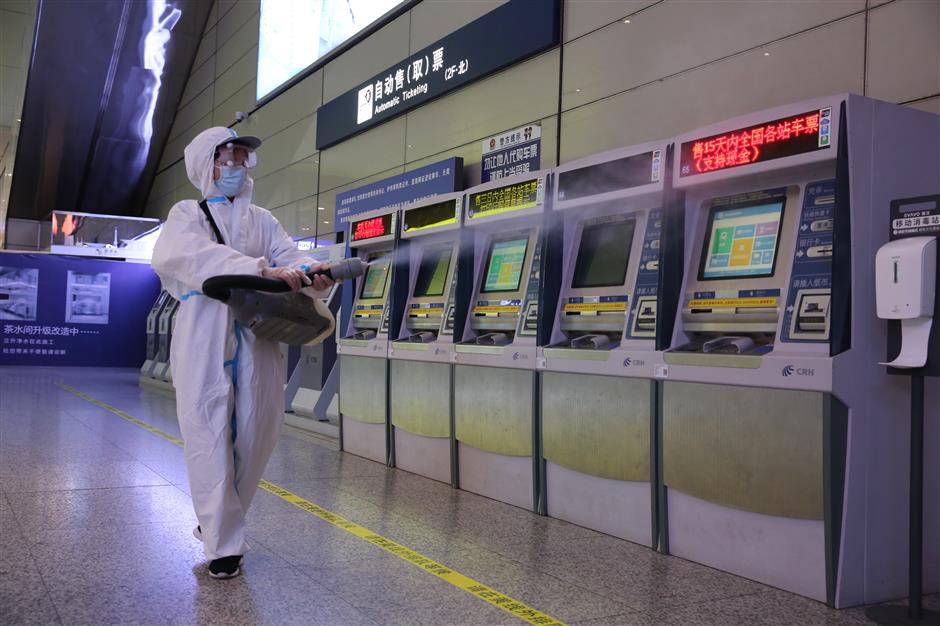