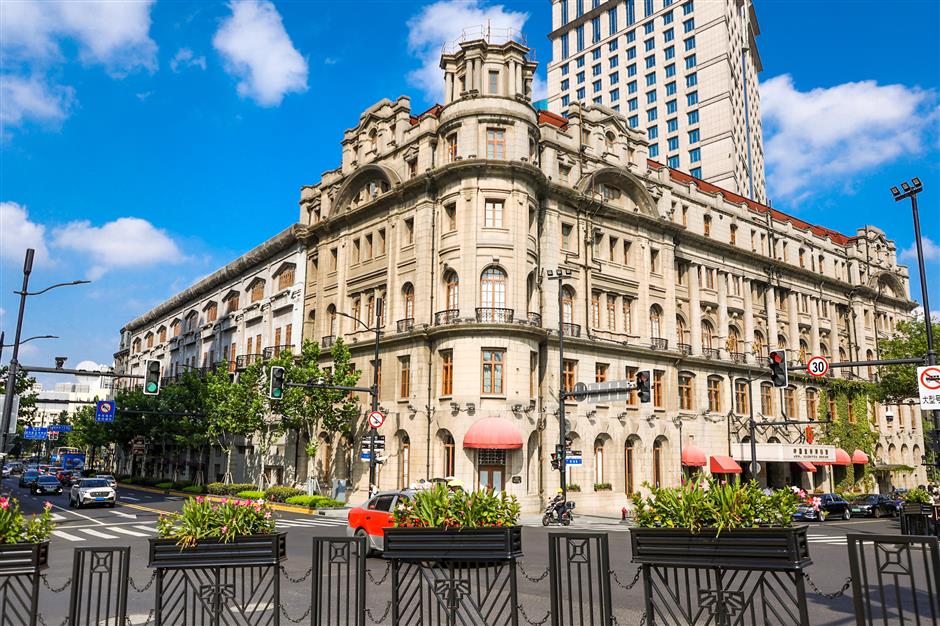 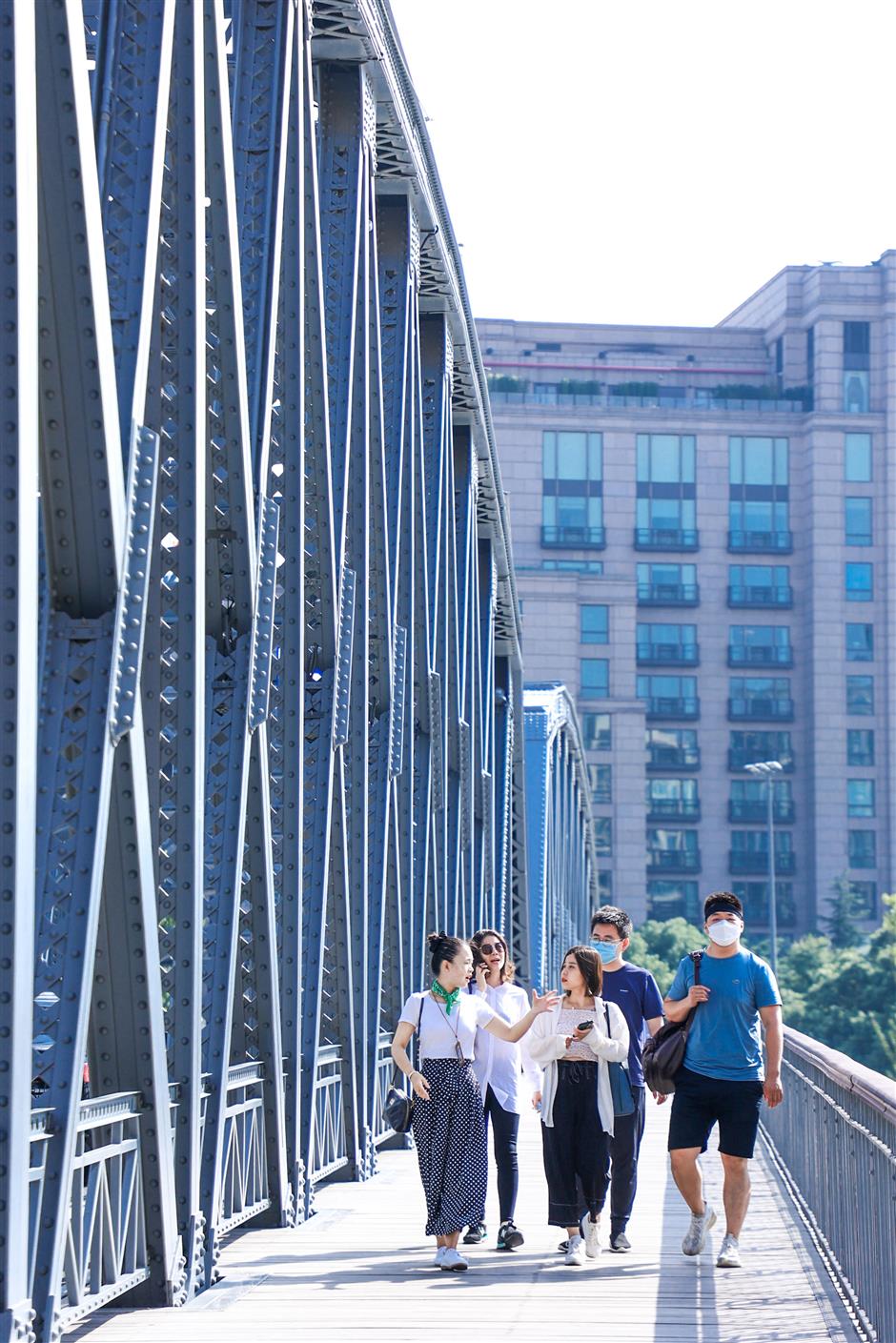 Some participants of a walking tour on Friday 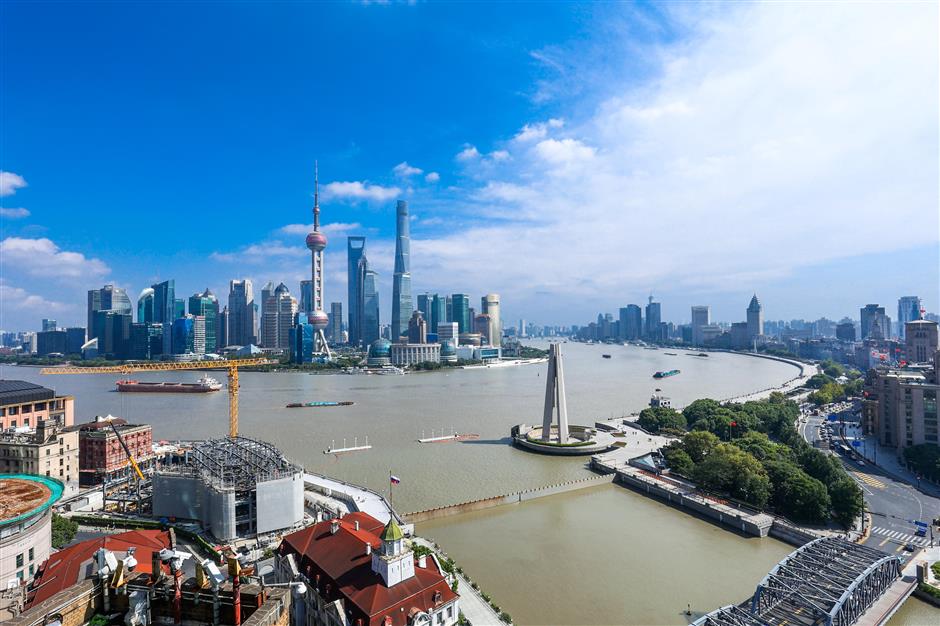 Experience Shanghai on foot, and slow down your pace to explore the beauty of the city in another way, local cultural and tourism authorities beckoned on Friday.

The public is encouraged to explore new ways, new spaces and new experiences when touring the city.

It is hoped that residents and tourists not only walk into historic buildings, but also enjoy the tours, appreciate exhibitions, savor delicacies and buy innovative cultural items, officials with the Shanghai Administration of Culture and Tourism said.

The administration released 10 routes for micro-walking tours on Friday as part of the ongoing Shanghai Tourism Festival.

These routes reflect "red," haipai (Shanghai-style) and Jiangnan cultures, and are designed based on architecture along the Huangpu River and Suzhou Creek, good places at people's doorways and urban renewal.

These include a route to learn stories behind old architecture in Xuhui District under plane trees starting from the West Bund, a stroll on the riverfront of Huangpu River in the Pudong New Area and an exhibition tour of old buildings on the Bund.

In Hongkou District, people will experience romantic moments hidden in longtang (alley), as it houses Tian'ai Road, which is known as the most romantic road in the city. Tian'ai, in Chinese, means sweet love.

The route in Changning District takes people on a beautiful trek by stringing together venues such as Liu Haisu Art Museum, Columbia Circle, Tsutaya Bookstore, Xingfuli lane and the Shanghai International Dance Center. 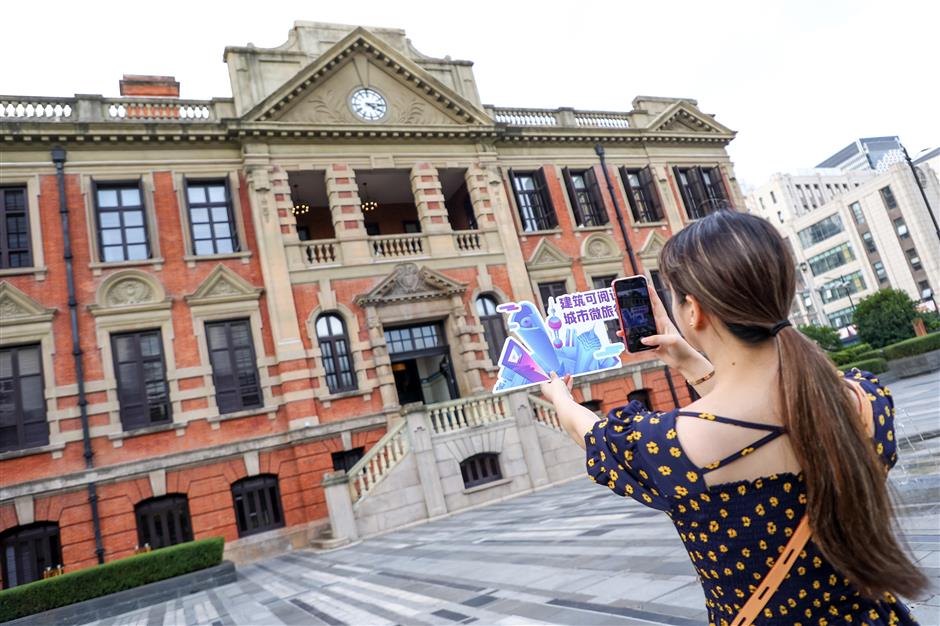 A participant of a walking tour takes photos on Friday. 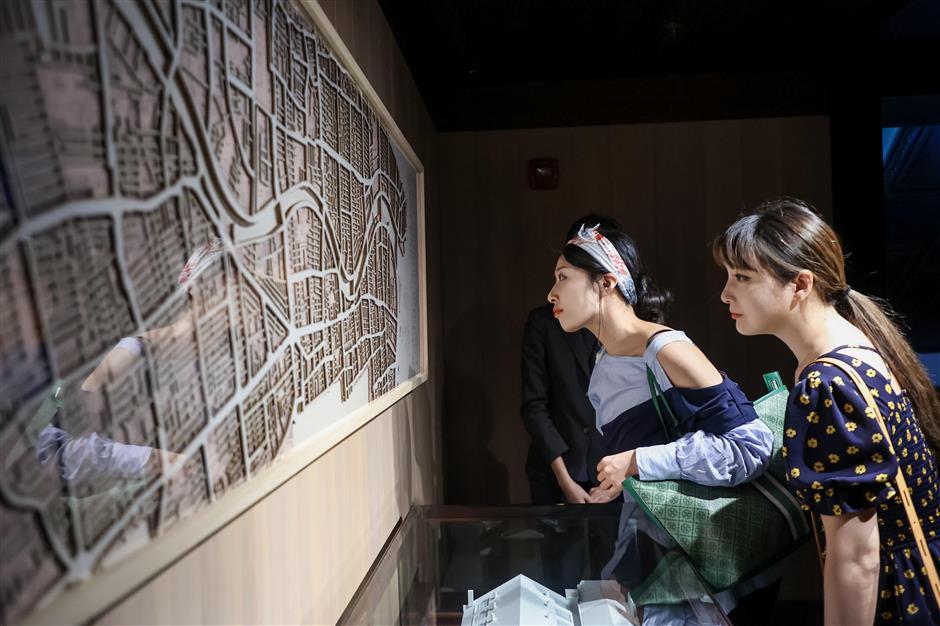 People participate in a walking tour on Friday. 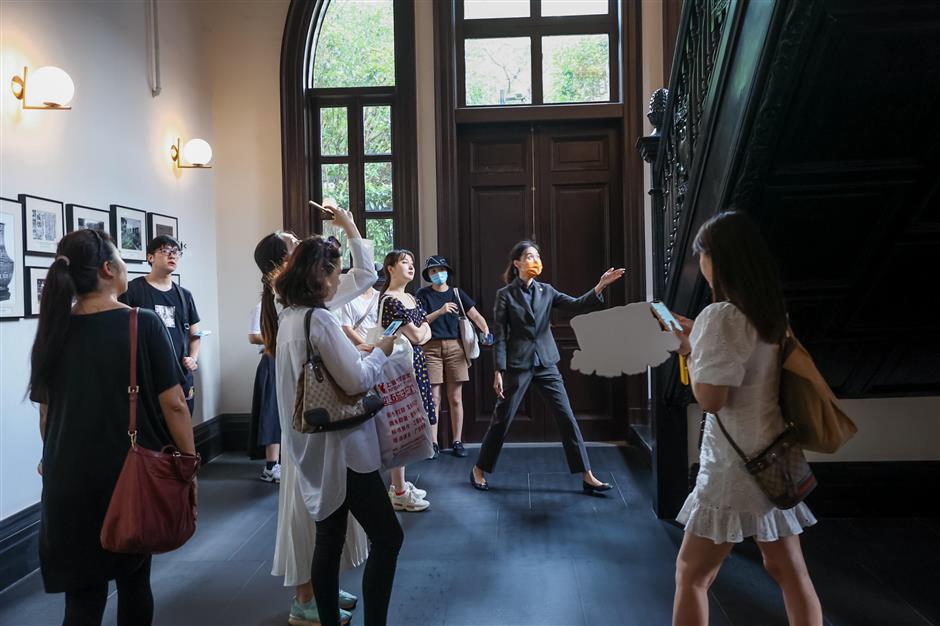 People on a walking tour 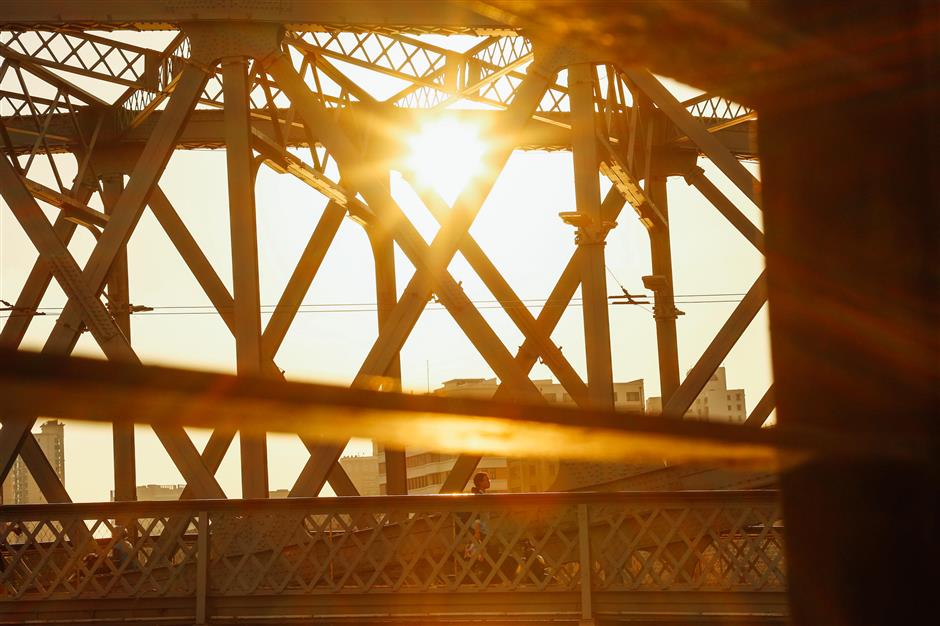