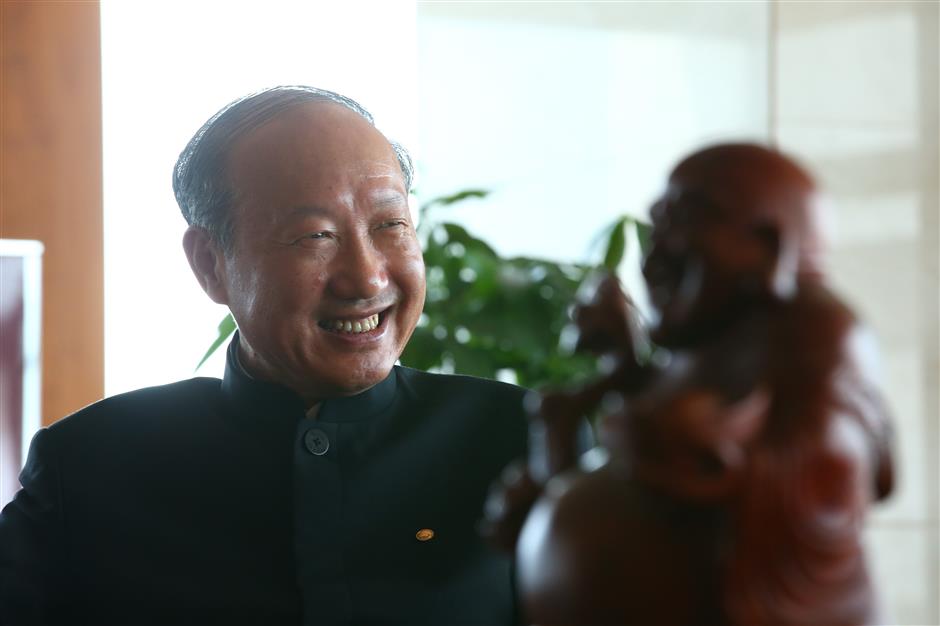 Police have detained two top executives of HNA Group, the owner of one of China's four major airlines, and one of the nation's largest private conglomerates.

Chen Feng, the group's founder and chairman, and its CEO Tan Xiangdong, have been detained by the police in China's southern Hainan Province for suspected crimes, the group said in a statement on Friday night.

"The HNA Group and its member companies are operating stably and orderly," the group said. "The group's bankruptcy restructuring is going smoothly and its production and operation have not been affected."

Creditors of the group applied to the court for bankruptcy and restructuring early this year after HNA failed to pay due debts.

Under HNA's restructuring blueprint, the group will be divided into four parts, with each unit operating independently in aviation, airport, financial and commercial services.

Gu Gang, Party secretary of the group and head of the working committee responsible for its restructuring, said in a letter to all HNA employees on Friday night that the "group has driven to the final section of a dark tunnel and is about to move back on track soon."

"Everyone must stick to their posts, spare no effort and strive together for the final battle of the restructuring," Gu said in the letter after the detention of the group's two top officials.

"Some people have lost their original aspiration and assumed they could get through crises repeatedly," Gu said.

He noted it was the "ambition and desire" that sent the group into the abyss, shattered the hopes of more than 100,000 families and caused hundreds of billions yuan in losses to the country.

The group has not specified what crimes the two executives have committed.

The group was based on Hainan Airlines, a private regional carrier on Hainan Island, which later grew up to be one of the nation's four large carriers along with Air China, China Eastern and China Southern.

Since the airline began operating in 1993, revenue of the group soared to 127.7 billion yuan (US$19.8 billion) within two decades from 117 million yuan. The group owned 19 airlines, which transported some 45 million passengers annually by 2012.

The fleet of the carrier increased to 427 in 2012 from only three when the airline was founded. It also owned 28 overseas companies, with total assets of 75.2 billion yuan.

In its heydays, the total asset of the HNA Group reached 1.2 trillion yuan in 2017, making it one of the biggest conglomerates in China and a multinational enterprise covering aviation, real estate, tourism, asset and logistics.

The group began being hit by a series of capital chain crises in 2017. Wang Jian, the former chairman and co-founder of HNA died in an accident in 2018 after falling down a hill in France. Chen was elected the chairman again after the accident to handle financial difficulties.

Before founding Hainan Airlines, Chen once worked at the Civil Aviation Administration of China, the Air Traffic Management Bureau and as an assistant on civil aviation affairs to the governor of Hainan.