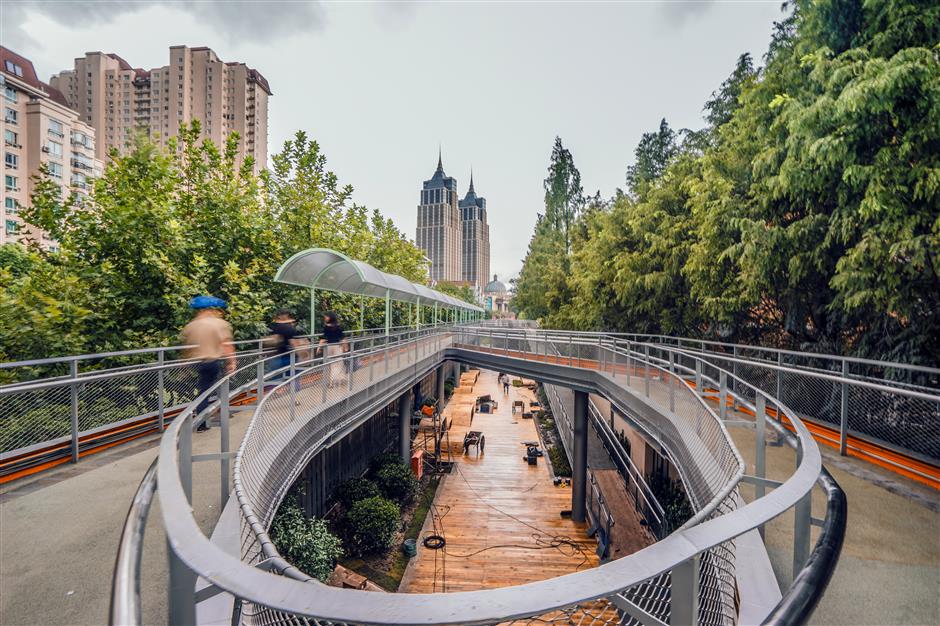 A newly developed Centennial Park, renovated from a former wet market, in the Caoyang Community in Putuo District.

It aims to share the city's practices of building "15-minute community life circles" with the world.

The Shanghai Urban Space Art Season 2021, the third session since it was initiated in 2015, is open to the public free at the main site of the Columbia Circle, a century-old site renovated from the Shanghai Institute of Biological Products, once the city's major vaccine production base.

Art exhibitions, seminars and other public activities will be held in multiple communities, such as the Xinhua and Caoyang, through the end of November themed on "15-Minute Community Life Circle: People's City."

Artists from across the nation have been invited to create art installations or conduct micro-revamping projects in communities to highlight convenient community services and public facilities.

The key exhibition is being held at the Columbia Circle on Yan'an Road W., while 21 model neighborhoods across the city's 14 districts will host the rest of the events. 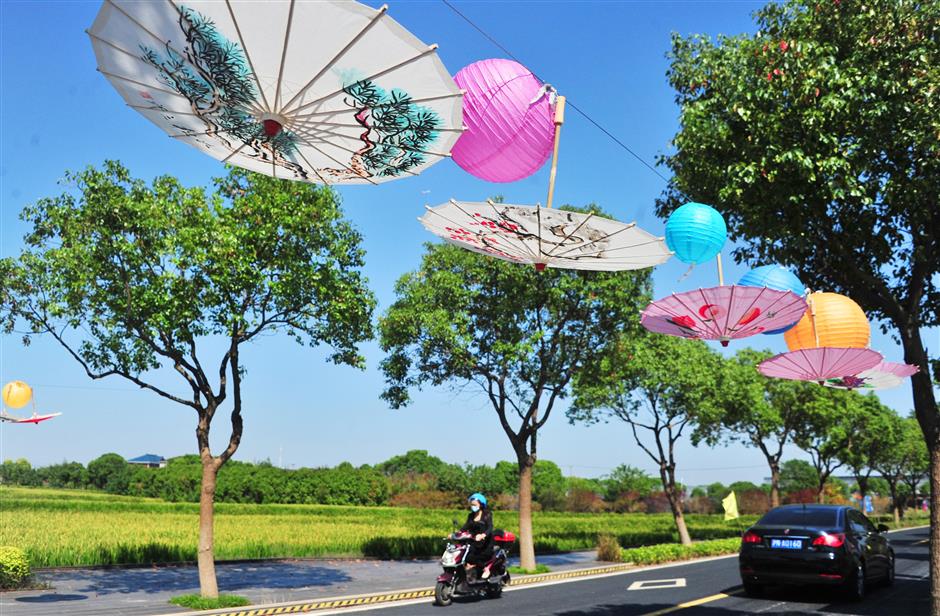 An art installation at Haishen Village in Pudong.

Shanghai initiated the idea to build a "15-minute community-life circle" in 2014 and noted the concept in its master plan for 2035. Within a 15-minute walk, citizens are expected to have access to various services related to living, working, studying, traveling and elderly care.

"The Chinese method and wisdom are expected to positively influence the world's future urban lifestyle and development as well as improve social governance," Zhuang told the opening ceremony of the event.

The Caoyang Community in Putuo District, known as China's first worker's community dating from the 1950s, as well as Xinhua Road Subdistrict around the historic road in Changning District, have been listed as two demonstration cases for Shanghai's plan of the 15-minute community life circle.

Locals and tourists can learn about the practices of model communities by visiting the neighborhoods, taking in the community artworks and talking with residents.

The city's previous urban space art seasons were held at former industrial sites, including the Huangpu River waterfront in Yangpu District, a renovated aircraft hangar and an old grain silo that was once the largest in Asia. It is the first time the art season has moved to the community level. 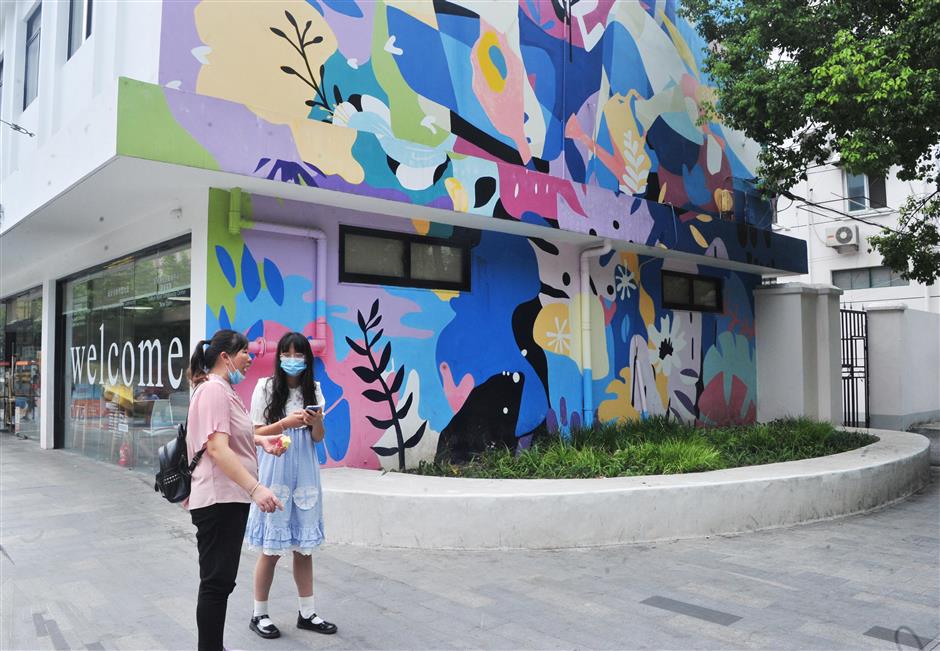 Graffiti art on an old building in Siping Community in Yangpu District.