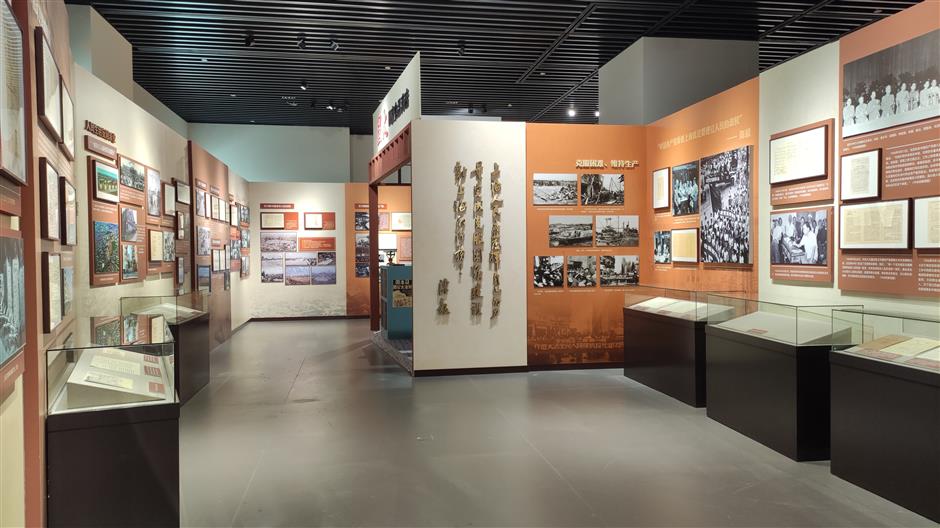 More than 150 documents and 400 photos are on display in the new exhibition at Shanghai Archives.

The shirt then Premier Zhou Enlai wore for the Geneva Conference in 1954, the only remaining manuscript of the first Chinese edition of "The Communist Manifesto", and inscriptions by Chairman Mao Zedong, are among the newly publicized exhibits at an exhibition which opened at the Shanghai Archives on Sunday.

The city archives launched the new exhibition at its new site in Pudong with hundreds of previous archives about the history of the Communist Party of China.

More than 150 documents and 400 photos collected from the National Archives of China and other archives around the nation are on display. They include photos and videos about national leaders that are publicized for the first time.

Other highlighted exhibits include the journal "Labor World," the first publication to promote Marxism among local workers, and the black and white film "Journey to Yan'an" by Swiss journalist Walter Bosshard.

Shanghai's rapid development over the last decades is also on display through photos and documents. They include photos and historical documents about the city's first batch of worker communities in 1950s and satellite cities in the outskirts. 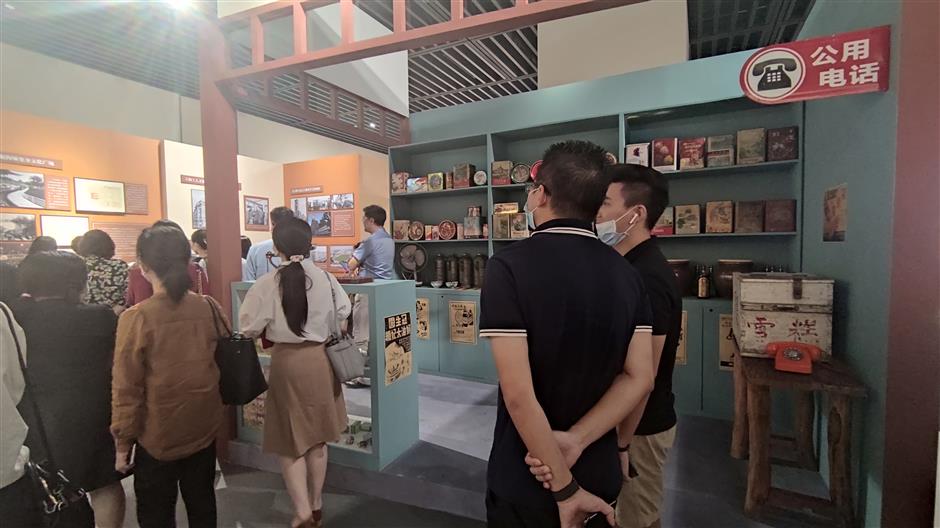 A popular local store has been restored for the new exhibition.

The redevelopment of the downtown Zhaojiabang Road, the construction of the Dapu Road Tunnel across the Huangpu River, the People's Park, which was renovated from the former racecourse, the opening of the Shanghai Great World entertainment park, and the great changes on Nanjing Road are also reviewed through old photos and videos.

The city's latest issues such as local medical teams heading to Wuhan in central China's Hubei Province during the fight against COVID-19 and urban renewal campaigns at local old communities are on display.

Some immersive exhibitions have been arranged with new technologies and multimedia films. Three historical scenes have been restored, including the local radio station announcing the liberation of Shanghai and the nation's first store operating around the clock.

Meanwhile, the archives announced the new batch of outstanding archives of Shanghai selected from the collections of the archives. The original design charts of the former Shanghai government, the historical records of Shanghai Radio Station in 1949 and the construction documents of the Zhongshan Hospital are highlighted along with other archives from the Shanghai Library and Shanghai Film Dubbing Studio.

The new site of Shanghai Archives is China's biggest provincial-level archives. The site on Baiyang Road features an exhibition of Shanghai's history since it opened its port in 1843.

Visitors can search the archives for free. 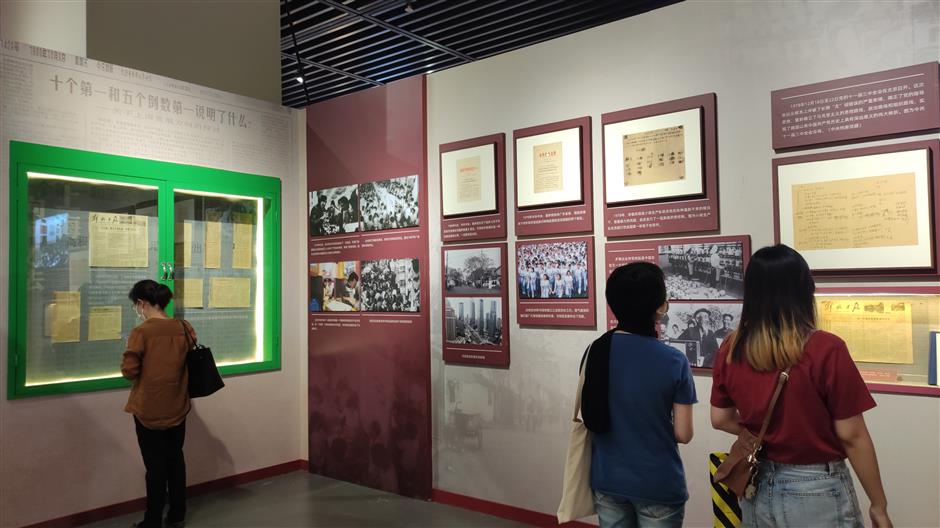