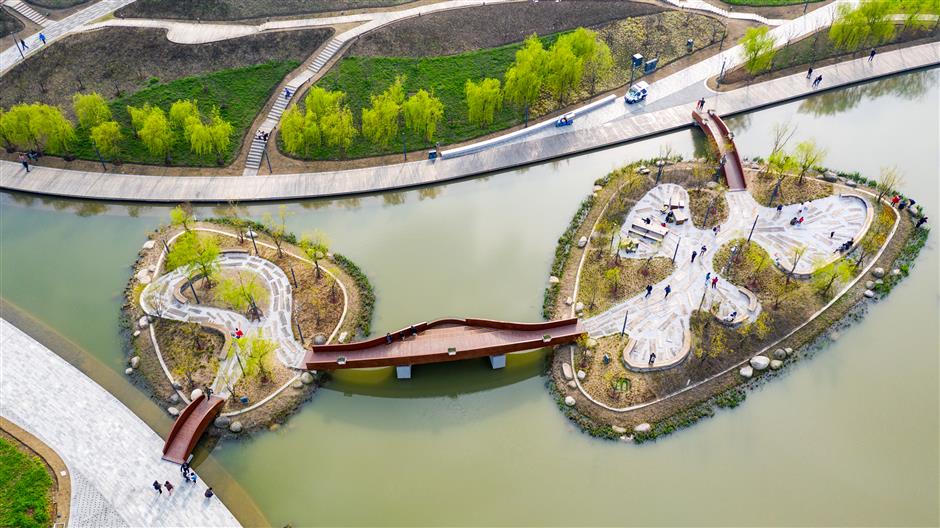 An ecological park in the Taopu Smart City

Taopu Smart City in Shanghai's northwestern Putuo District plans to develop a "riverside economic zone" to be on par with those of Lujiazui and Xintiandi downtown.

The zone will help revitalize the traditional industrial prosperity along the Suzhou Creek in Putuo, known as the cradle of China's modern national industry, and become a special feature in the region, according to the district government.

Putuo hosts the longest creek frontage area in downtown Shanghai, stretching 21 kilometers in length. Chinese entrepreneurs built national industries, including textiles, flour, beer, minting, printing and clothing, along the most crooked section of the creek, known as the "18 bays."

As the pioneer area for the transformation of Shanghai's old industrial sites, Taopu aims to become a new riverside landmark with its abundant waterways and industrial heritage, said Ying Mingde, executive vice director of the development and construction office for Taopu Smart City.

The office hosted the Shanghai Top Forum at the China-Israel Innovation Hub, one of the key projects in the region. Urban planning officials and experts are invited to give suggestions regarding the region's development.

The Lujiazui financial hub along the Huangpu River and Xintiandi, neighboring Taiping Lake, have offered the best reference for the area's development, said Zeng Gang, director of the Institute of Urban Development at East China Normal University. 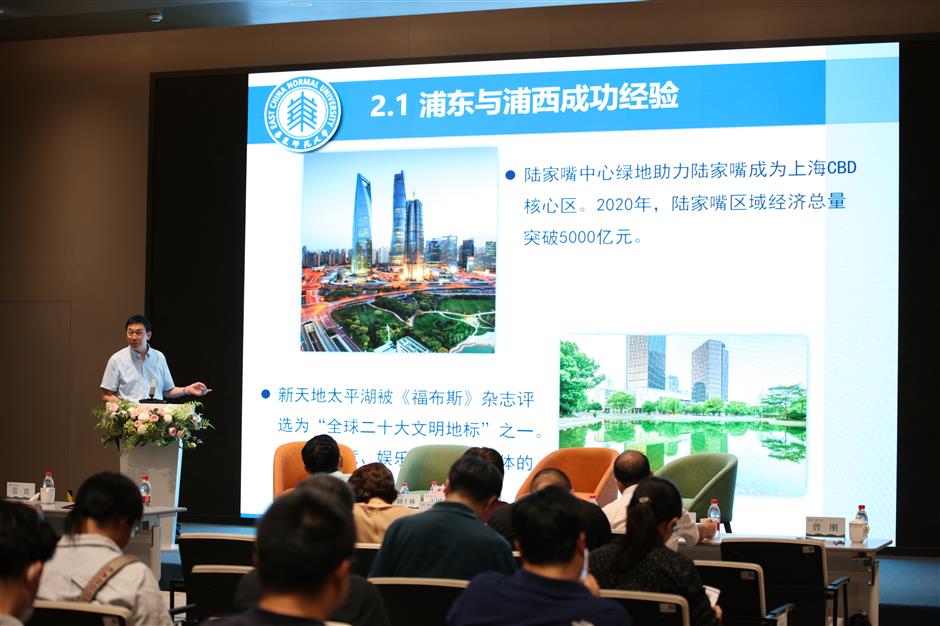 Zeng Gang, director of the Institute of Urban Development at East China Normal University, makes a speech at the Shanghai Top Forum.

"The riverside economic zone will bring about quality development in the region," Zeng told the forum. He said environmentalism and innovation will become the two key principles for the development of Taopu and Putuo as a whole.

Liu Shilin, dean of the Urban Science Institute at Shanghai Jiao Tong University, said Taopu should aim to become a "socially smart city." It should not only focus on information infrastructure but also on citizen services.

Taopu was among the first group of chemical industrial parks in Shanghai. Set up in 1954, its industrial development was at its peak in the 1980s when Hero pens and locally produced perfumes became popular in Shanghai.

However, rapid industrial development also resulted in environmental pollution. The district government began construction of the smart city in 2014 to wipe out polluting factories and undertake a major facelift in the industrial region.