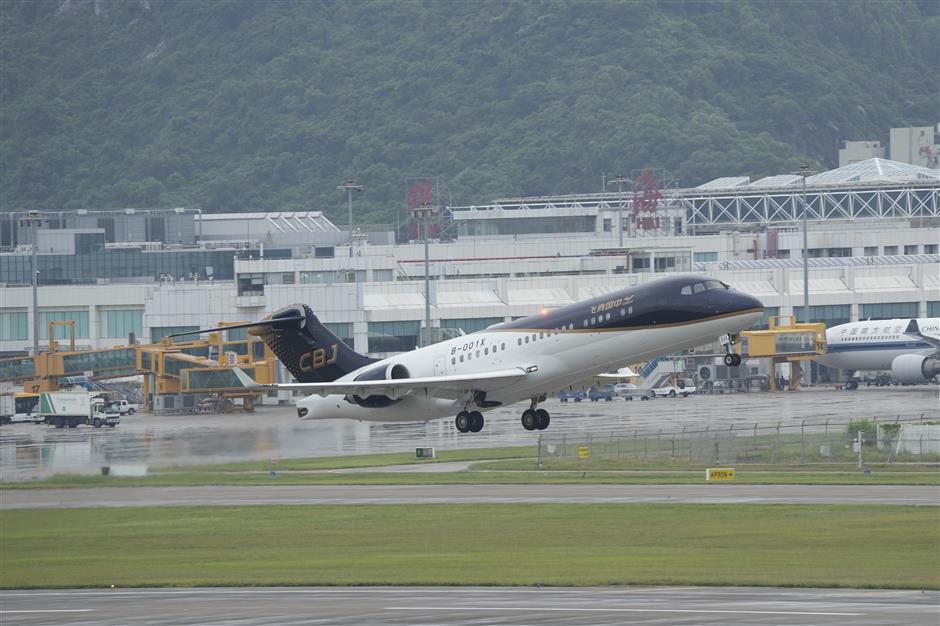 The CBJ business jet, based on the ARJ21, takes off at the China International Aviation and Aerospace Exhibition.

A Chinese business jet developed by a Shanghai-based aircraft manufacturer took its maiden flight at an international air show on Tuesday.

The CBJ business jet, based on the ARJ21, known as China's first self-developed regional jet, demonstrated its takeoff, landing and flying processes at the China International Aviation and Aerospace Exhibition, also known as Airshow China.

A digital display platform showing the C919, China's first narrow-body jetliner, also made its debut at the country's biggest air show in Zhuhai, in southern China's Guangdong Province, which opened on Tuesday.

The Commercial Aircraft Corporation of China (COMAC), the CBJ's developer, also took models of the ARJ21 regional jet, the C919 narrow-body jet and the CR929 wide-body jet to the air show.

The CBJ features more cabin space than its rivals in the same class of airplanes. It can be configured with 12 to 29 seats, a separate VIP bedroom, lounge, meeting room, sitting room and dining section, depending on the customer's needs.

It has excellent soundproofing and can adapt to a wide variety of flying conditions, from extreme temperatures to high altitudes and strong crosswinds.

The ARJ21 began commercial flights on June 28, 2016, with mass production starting in September 2017. 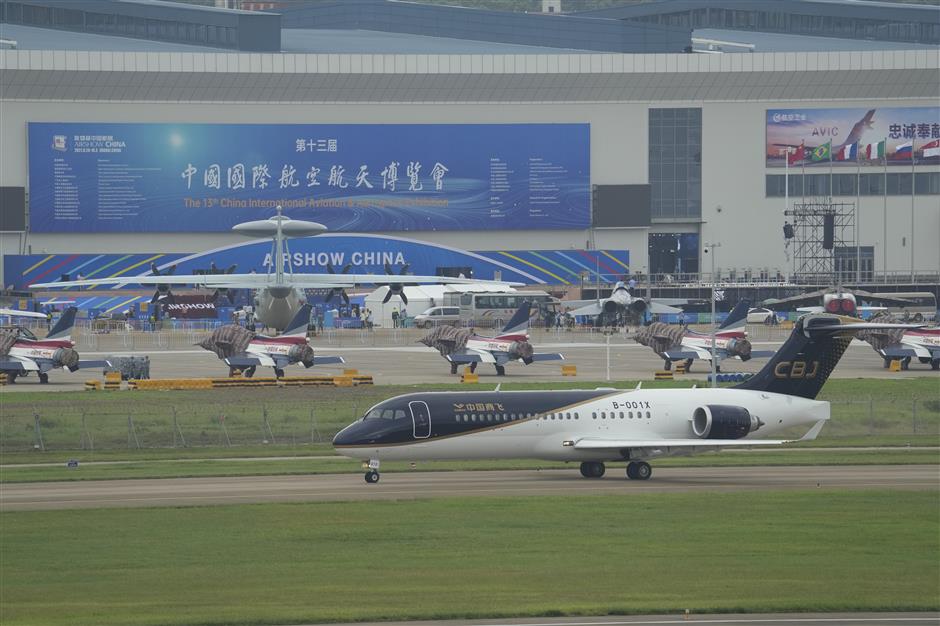 The CBJ business jet makes its debut at the Airshow China on Tuesday.

The ARJ21 is China's first turbo-fan regional passenger jetliner designed with a flight range of 3,700 kilometers. The ARJ21 was first put into commercial service by Chengdu Airlines in June 2016 and is operated by seven domestic carriers, including Air China, China Eastern Airlines and China Southern Airlines.

The C919 mobile digital display platform can simulate the cabin environment during takeoff and landing with Mediated Reality technology and an immersive illumination system. Visitors can experience the wide space and comfortable environment of the C919, the COMAC said.

The ARJ21 has been servicing over 90 cities with 220 routes. This aircraft type has transported over 3.4 million passengers. Flying tests are running smoothly for six prototypes of the C919 single-aisle aircraft.

The CR929 wide-body jetliner, a joint Chinese and Russian project, has entered the research and manufacturing phase, the COMAC said on the sideline of the air show.

COMAC is also developing domestically made aircraft into business jets or cargo aircraft to enrich and expand the spectrum of its products. 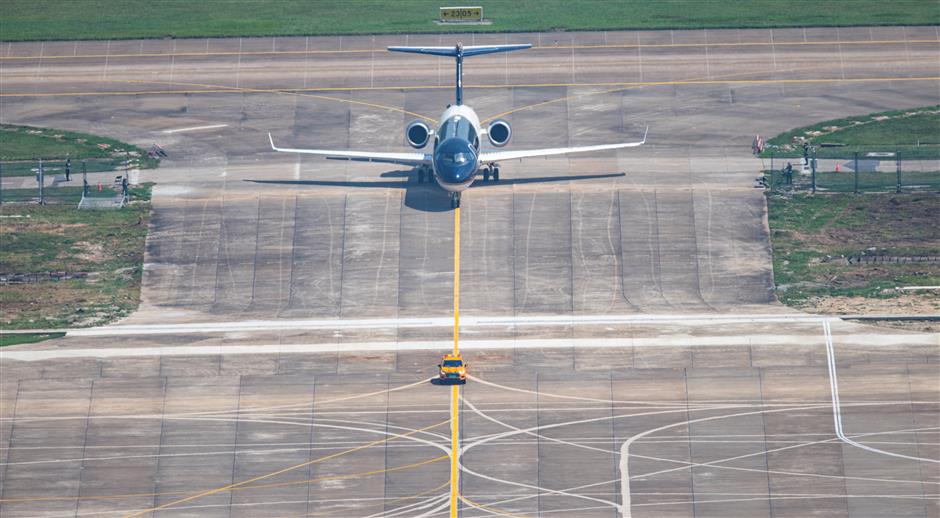 The CBJ business jet makes a debut at the Airshow China.