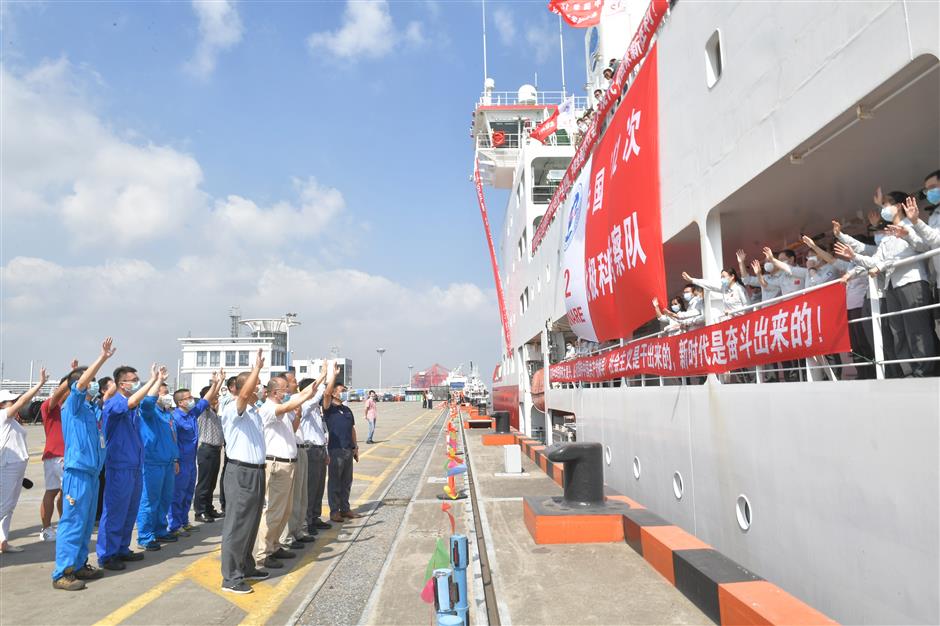 Xuelong 2, China's icebreaking research vessel, is greeted on its return home to Shanghai from the North Pole.

Also known as Snow Dragon 2, it set sail from Shanghai on July 12 and returned on Tuesday after sailing 14,000 nautical miles.

Scientists onboard the vessel completed the observation of Chukchi Sea's atmosphere, sea water and ecological environment, as well as conducted research on the North Pole's climate change and natural environment. 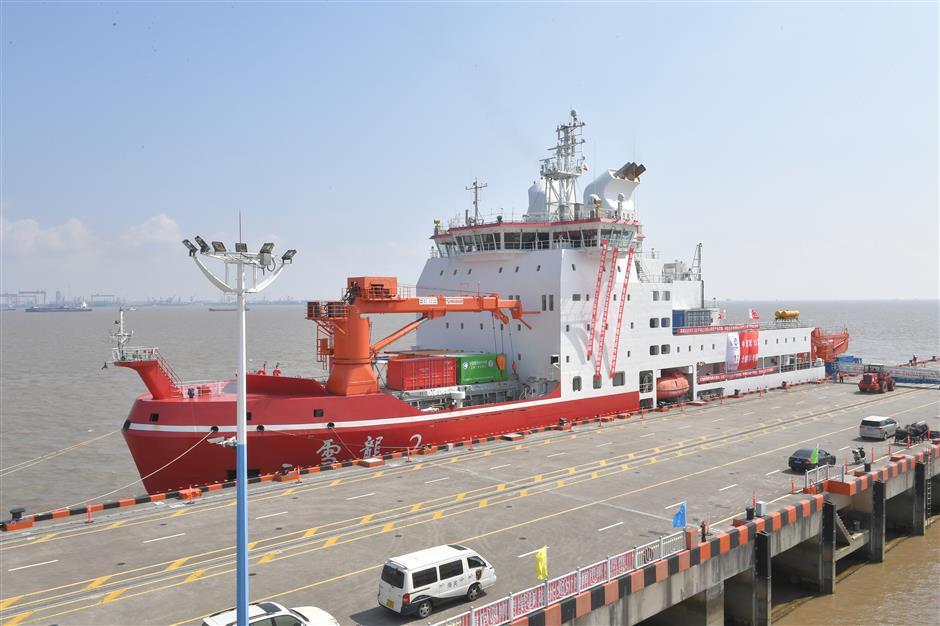