Historic arcade sparkles on Nanjing Road as The Central 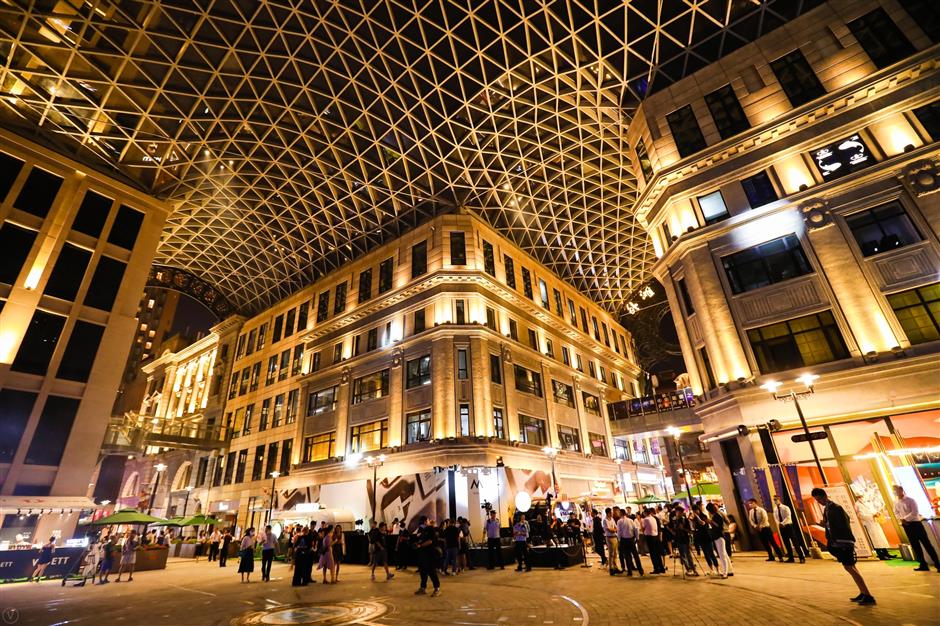 Four historical buildings of The Central are connected with a huge glass dome in the center.

A historic arcade on Nanjing Road E. officially opened to the public on Tuesday night with a central dome said to be the city's most beautiful.

The complex near the iconic Bund, named The Central, comprises four historical buildings – the Central Mansion, the Meilun Building, the Xinkang Building and the Huaqiao Building – all built between 1924 and 1930.

It was developed by Jewish tycoon Edward Ezra and thus also known as the Edward Ezra Arcade.

It is now a new commercial, tourism and cultural landmark with boutique stores, restaurants, cultural and art exhibition venues as well as high-end offices. Many international brands and stores have opened their first outlets in Shanghai or China in the complex. 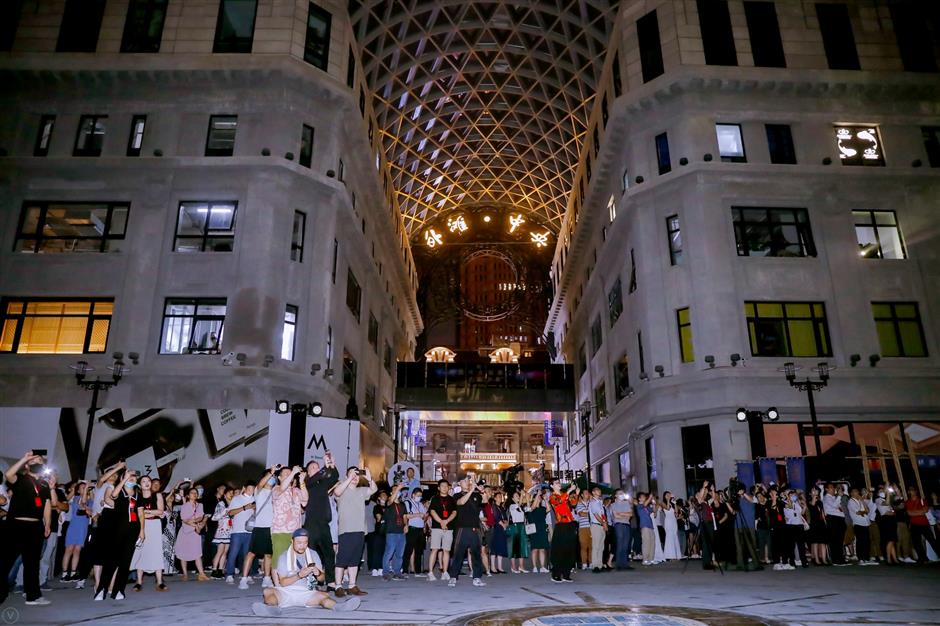 Residents and tourists take photos during the grand opening ceremony of The Central on Tuesday night.

The project officially opened to the public on Tuesday night after 12,000 LED bulbs on the glass dome were lit up to link the four historic buildings. A three-dimensional screen presented a multimedia show along with the sparkling dome to mark the grand opening.

The first phase of the renovation project, Central Mansion and the Meilun Building, officially opened earlier, which include shops, restaurants, and offices, as well as arts and cultural sites. Led by jazz star Wynton Marsalis, the Jazz at Lincoln Center Shanghai is the only foreign branch of the New York-based Jazz at Lincoln Center Orchestra.

Among the arcade buildings is Central Mall, a long-time market that for decades was known for selling and repairing electronic appliances.

The five-story mall, covering about 6,000 square meters, was closed in 2007 along with nearby historic buildings for the renovation project. 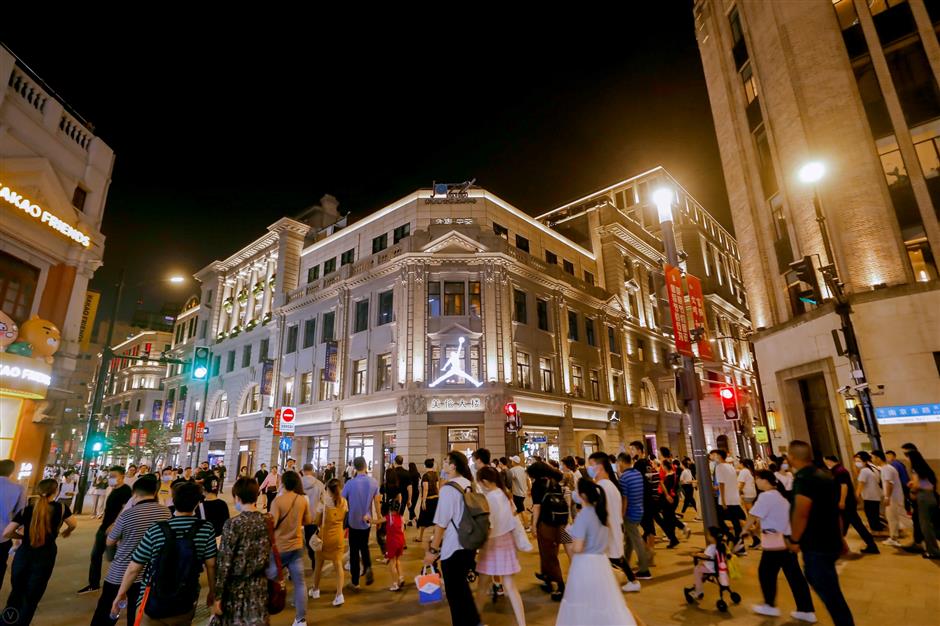 One of the historical buildings on the extended Nanjing Road pedestrian Mall.

The mall had a long reputation for reliable quality and a wide variety of goods such as glasses, cigarette lighters and watches, as well as imported products.

Sam Sanzetti, said to be one of the best photographers in China at the time, had four studios in 1922, including a flagship studio in one of the buildings of The Central, dedicated to portraits of local residents. He ran the studio until 1957 when he moved to Israel.

His Shanghai portraits were rediscovered after his death in 1986. His stepson, who lives in Israel, had asked for help identifying his subjects and finding their children so copies could be presented to them.

The Israeli consulate-general even published the pictures in a bid to find the owners. Over a dozen local residents have since been traced and have received their portrait photos through the campaign.

Along with the landmark project, a major facelift campaign will be launched on the nearby backstreets such as Jiujiang, Jiangxi and Sichuan roads. According to the blueprint of the district government, a global commercial circle will rise around Nanjing Road E. and the Bund. 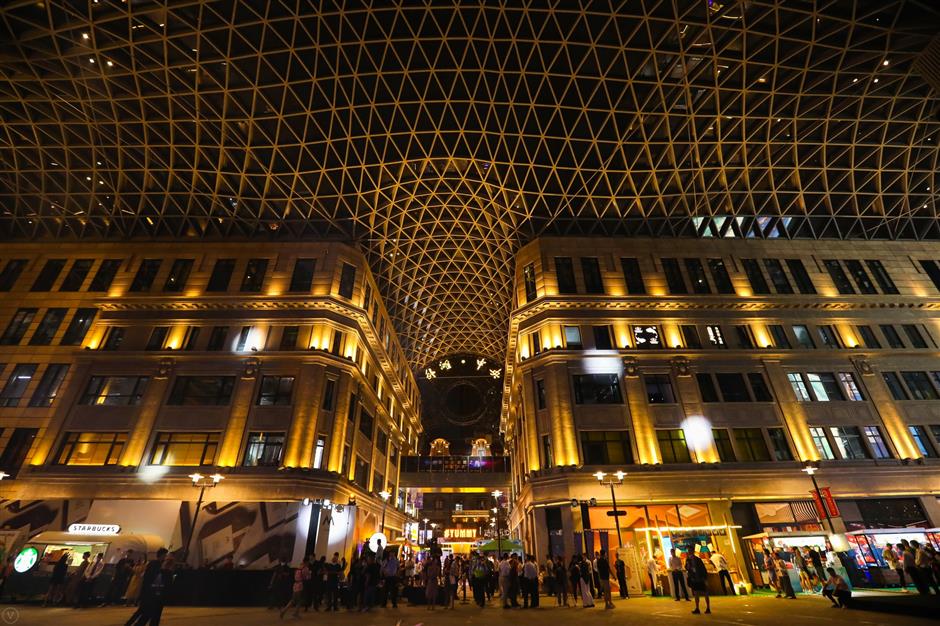 The historical arcade is illuminated on Tuesday night.