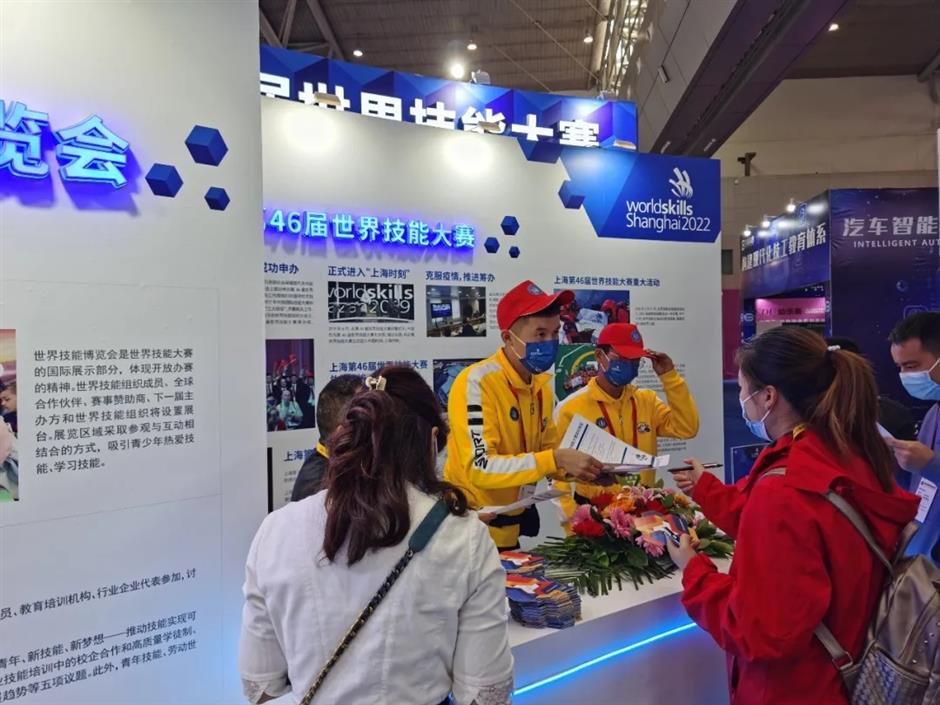 The 46th WorldSkills Competition is promoted at the national vocational skills competition with a theme of rural vitalization in Urumqi.

The 46th WorldSkills Competition was promoted at a three-day national vocational skill competition with a theme of rural vitalization in Urumqi, in northwest China's Xinjiang Uygur Autonomous Region, which concluded on Tuesday.

The event saw 640 contestants from all over China showcase their excellence in 11 different skills categories, such as repairing agricultural machines, hairdressing, cooking, running e-commerce businesses, electrical engineering and other aspects that are related to the country's rural vitalization.

During the competition, there was also an area for exchange between different regions. Shanghai set up an exhibition booth in the center of the facility to promote the 46th WorldSkills Competition, which is set to take place in the city next year. The exhibition also displayed the WorldSkills Museum with videos, photos, and documents.

Visitors were also welcomed to answer questions about the WorldSkills Competition to win souvenirs.

The competition is taking place on the Chinese mainland for the first time on October 12-17 in 2022 with Shanghai as the host city. It will feature more than 1,400 participants from over 60 countries and regions competing in over 60 categories. A WorldSkills Conference on October 13 and 14 will bring together leaders in education, government, business, and industry from around the globe.