Smart cab-hailing to be available at phone kiosks 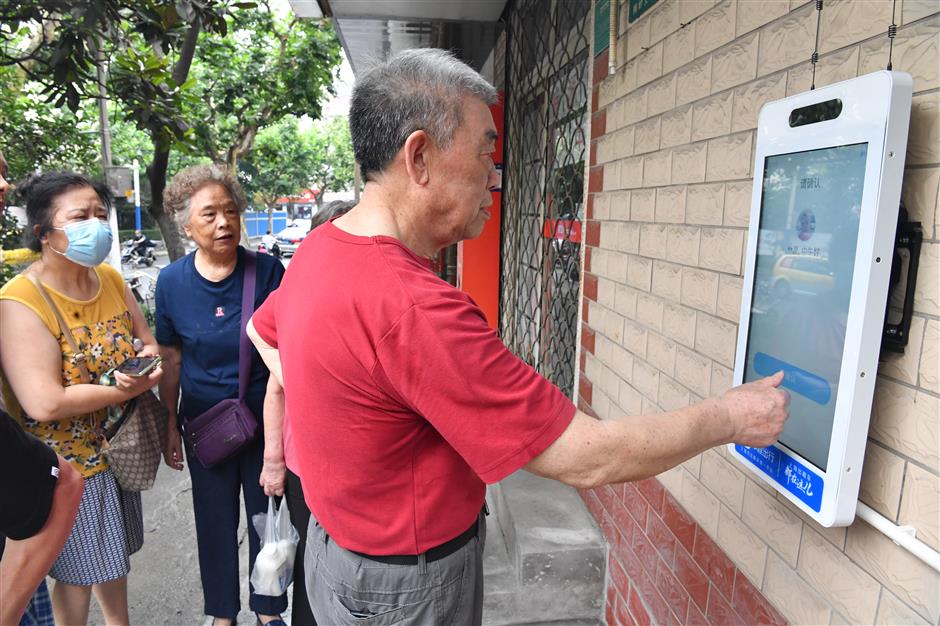 A senior calls a taxi on a smart taxi-hailing screen in a local community.

People in Shanghai, especially the elderly, will soon be able to call a cab by scanning their faces at some roadside telephone booths or simply by making a phone call.

The city's taxi-hailing smartphone app "Shencheng Travel" will initiate this new service in October to primarily help seniors who may not be adept at using smartphones.

Calling a taxi can be difficult in Shanghai in the digital era, especially for elderly residents who cannot use a car-hailing or digital payment smartphone app. Most cab drivers now receive ride requests through mobile apps, making it difficult for people to hail taxis on the roadside.

To solve this problem, local authorities have unveiled a new smart cab-hailing screen in downtown communities, enabling residents to call taxis by pressing a button or simply by scanning their faces on a screen.

Over 100 such smart screens have been installed in local neighborhoods and hospitals, mainly to serve seniors.

The service has proven popular among elderly customers, Yuan Dongliang, general manager of Shencheng Travel, said on Wednesday, which marks the first anniversary of the app's launch.

Over 50,000 local taxi drivers have registered on the online taxi-hailing platform.

To make it more convenient for seniors, the app signed a cooperative agreement with China Telecom Shanghai on Wednesday to install the taxi-hailing service in telephone booths, hotlines, and television networks belonging to the telecommunication giant.

The first batch of smart screens will be installed at some phone kiosks with nearby parking spots for taxis in mid-October.

The elderly can also call a cab through the city's information hotline – 114. Service staff will ascertain the passenger's location and send it to the main local taxi companies, which is expected to be more convenient for the elderly.