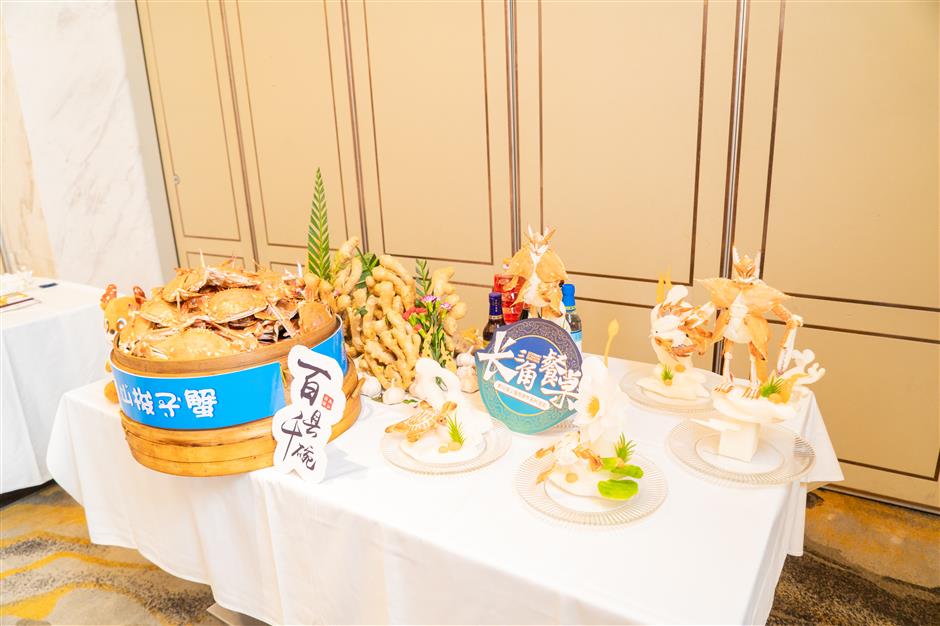 Ningbo delicacies on display at the festival. 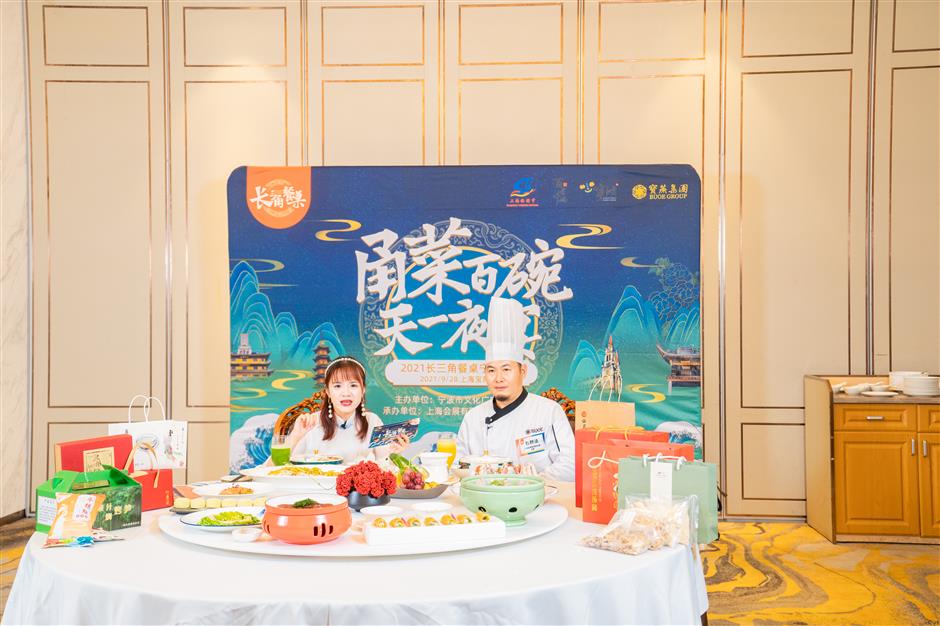 A livestreaming event promotes Ningbo cuisine at the festival.

The city of Ningbo, neighboring Zhejiang Province, is cooking up a mouth-watering seafood feast in Shanghai as part of the ongoing Shanghai Tourism Festival.

As a supplementary activity of the festival, Ningbo is organizing a range of food-related activities at 100 seafood restaurants in Shanghai.

At restaurants such as Baoyan and Harvest Festival, Shanghai residents are able to taste the most authentic Ningbo delicacies.

Among the three sub-cuisine traditions of Zhejiang, Ningbo cuisine is noted for seafood, for special flavors and tastes, careful selection of ingredients, and a unique, fresh and tender style.

To draw the natural flavor and taste of ingredients, Ningbo cuisine experts use special methods for quick-frying, stir-frying, deep-frying, simmering and steaming. They take special care in the cooking process to make the food fresh and tender.

Yellow croaker with pickled cabbage is one of the most iconic Ningbo dishes.

It has a unique Ningbo local flavor, prepared with fried, fresh great yellow croaker and cooked with pickled potherb mustard, a special local vegetable, and other seasonings.

Another famous cuisine of Ningbo is fried lichen cubes.

This dish is made of fried slices of pork belly and lichen slices seasoned in Shaoxing wine, sauce, red preserved beancurd and sugar. With its appealing shape and color, the dish teases the appetite and is best served with wine.

Steamed portend with bean paste, another must-eat Ningbo dish, is also served at these restaurants during the festival.

Livestreaming events are being hosted by representatives of Ningbo districts, promoting their diversified cuisine and launching food packages.

Chefs from Ningbo will demonstrate how to remove crab shells and tell fun stories behind Ningbo food culture during a livestreaming event hosted by Ningbo Bureau of Culture, Radio, Television and Tourism on Tuesday.

Activities such as voting for the 10 signature Ningbo cuisines will also be held.