Returning travelers queue for hours to get nucleic acid tests 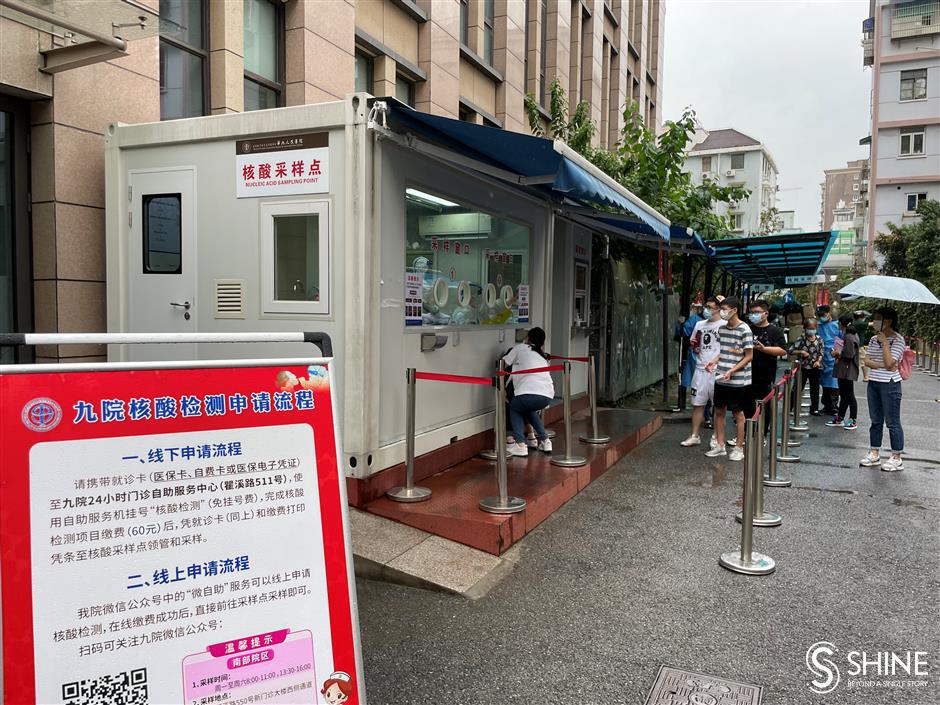 Some hospitals in Shanghai have extended their operating hours to cope with a surging demand on Wednesday and Thursday for nucleic acid tests.

People who left Shanghai on holiday have queued for up to three and a half hours outside hospitals to get tested to meet the requirements of providing a negative nucleic test report before they return to work. 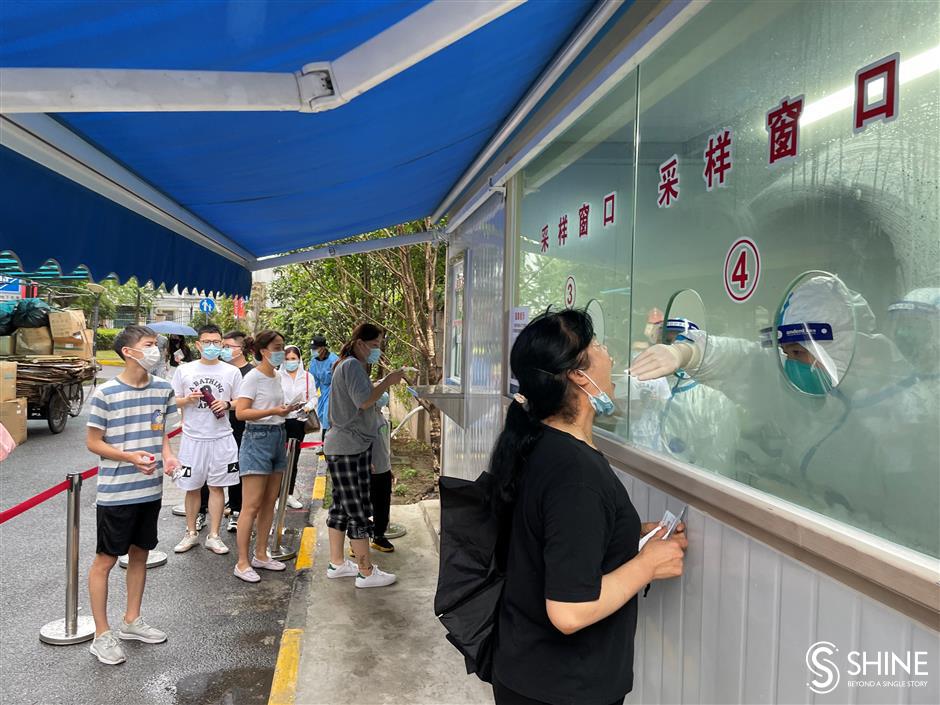 A woman has her sample taken by a medical worker in Shanghai Ninth People's Hospital on Thursday.

"We experienced triple the amount of people, about 4,500 on Wednesday, coming in for swabs, so we opened longer until 10pm," said Lou Simin, one official.

The "8-22" hospitals include some district hospitals, such as Putuo People's Central Hospital.

Also, Shanghai Neuromedical Center said its nucleic acid test window had adapted its opening time to 8am to 12pm on Wednesday and Thursday, as posted on its official WeChat account. 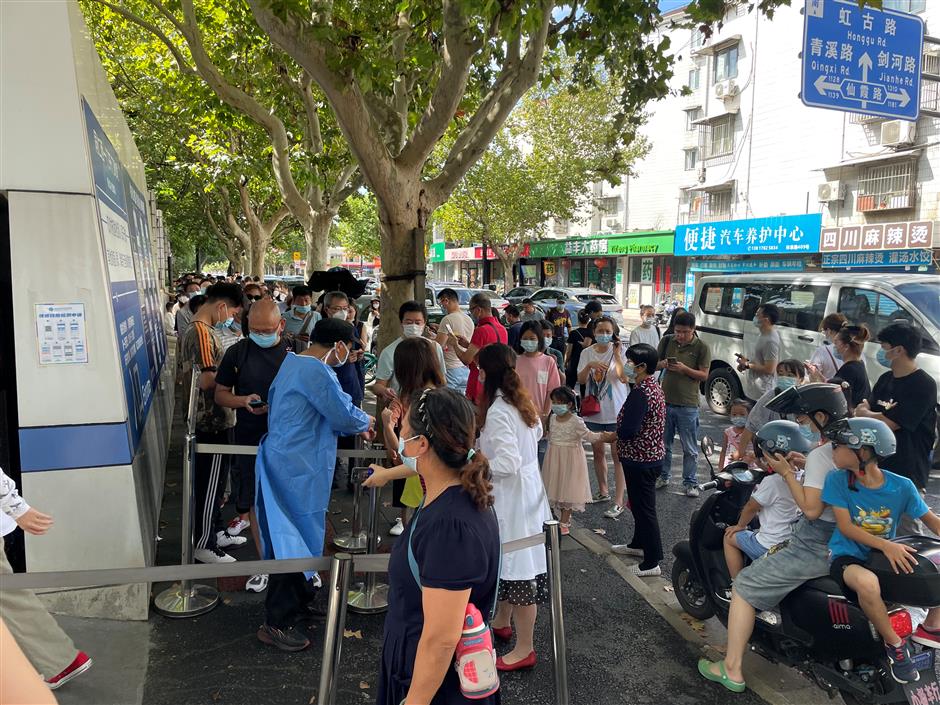 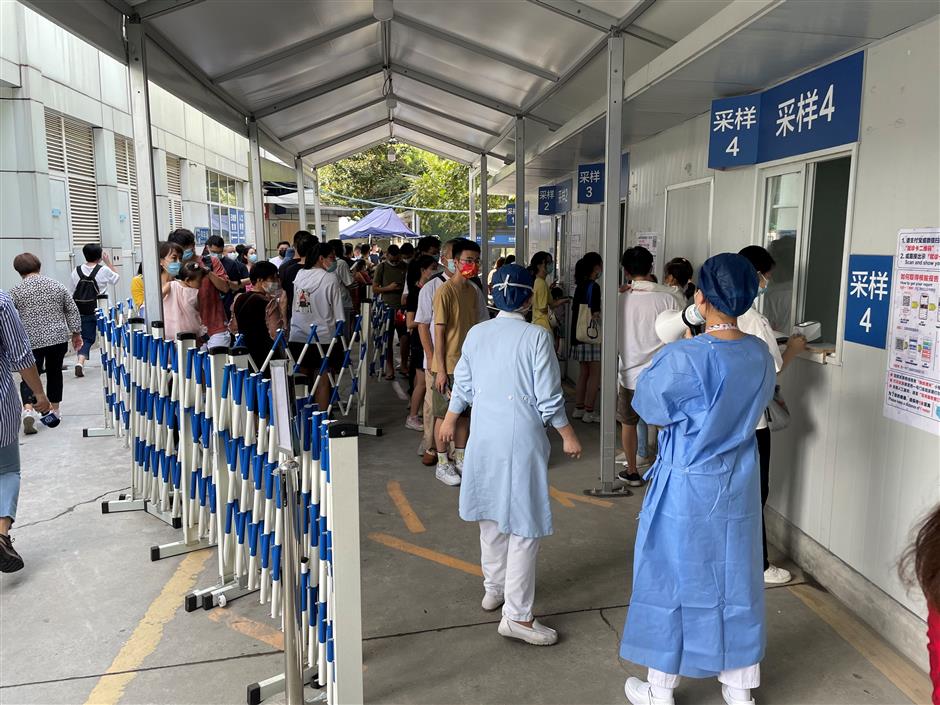 Medical staff in Tongren Hospital have to use a loudspeaker to guide people queuing for test.

At Minhang District Central Hospital, the waiting line, consisting mostly of parents and children, stretched from the hospital to surrounding roads.

Li Ying and her husband took their 10-year-old son to the hospital for a nucleic acid test on Thursday. After waiting for one and a half hours, Li asked her husband to take their son back home to have lunch and practice piano while she stayed in the line.

Li said the family traveled to Enshi City in Hubei Province during the National Day holiday, and her son's school requires all students who have traveled outside Shanghai to provide negative nucleic acid test results upon return to the campus on Friday.

"I didn't expect it would take such a long time, otherwise I would prefer to stay in Shanghai during the holiday," she said. "We arrived around 10am and saw the waiting line stretched at least 1,000 meters. It took us more than three hours to finish the test. Next holiday I would not go anywhere but stay in the city."

There are 156 facilities offering nucleic acid testing services in the city, according to the local health commission. 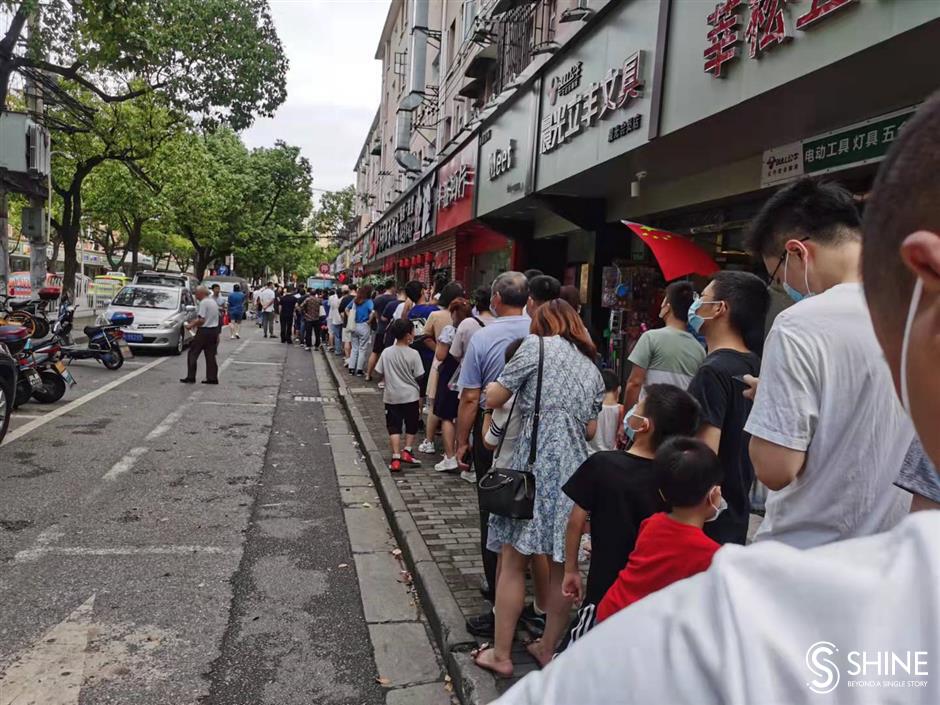