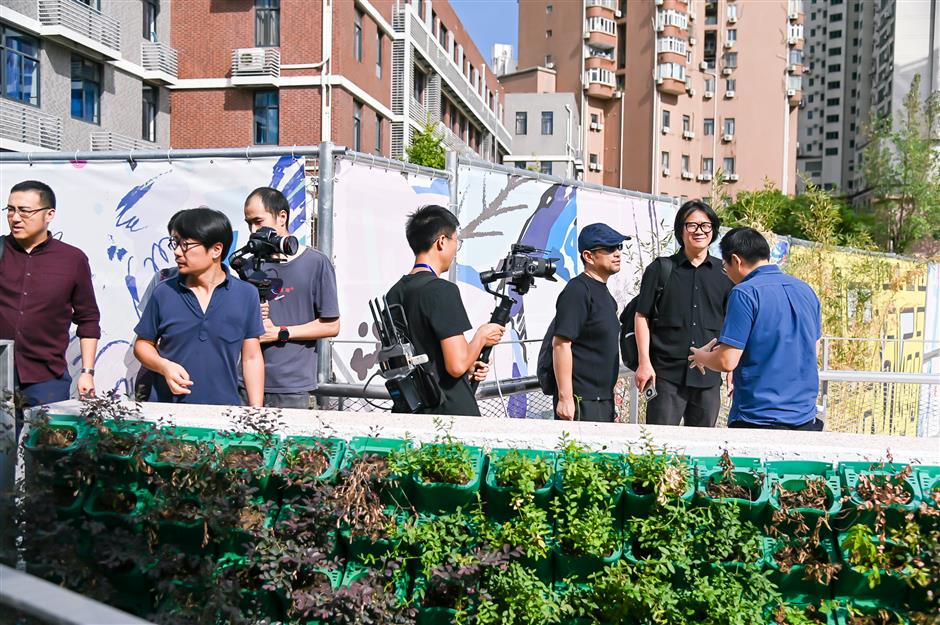 An international forum on landscape infrastructure in urban spaces was held at a newly unveiled park in China's first worker's community on Sunday as part of the city's ongoing biennial art season.

Some of Shanghai's leading architects and experts shared their latest projects at the 15-Minute Community Life Circle of Caoyang International Forum.

It was held at the Centennial Park in Caoyang Community of Putuo District, redeveloped from the Caoyang Railway Wet Market. The old market was narrow and long, and the pollution and noise affected nearby residents.

"The project was created in order to relieve the pressure of rapid growth in cities and increasing population," said Liu.

The high line park stretches for a kilometer through the community between Caoyang Road and Zhongshan Road N. Exhibitions, salons, sports games and art installations are being held at the park to enrich the cultural life of the residents.

A basketball court and service station have been built in the underground space to make up for the shortage of activity space in the old neighborhood.

About 44 percent of the residents in Caoyang, which dates from the 1950s and is known as China's first worker's community, are more than 60 years old.

"It is vital to create more such spaces that are accommodating for the wider population," said Liu. 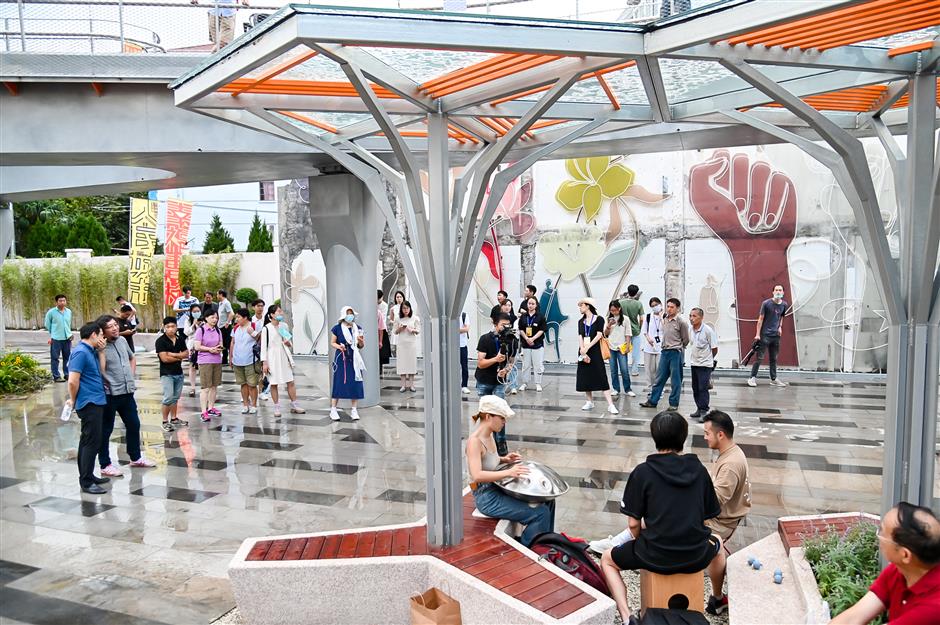 Zhang Bin, founding partner and senior architect of Atelier Z+, is developing dozens of service stations along the Suzhou Creek waterfront in downtown, which has been newly opened to the public as continuous riverside paths.

Zhang and his team has designed more than 20 sightseeing service stations along the east bank of the Huangpu River with sofas, desks, public toilets, reading areas and the best view of the river. The stations have become popular sites for both tourists and citizens.

"Compared with the Huangpu River, the Suzhou Creek waterfront has a relatively crammed space and more complicated surrounding environment," Zhang told the forum.

"The creekside regions in the city's downtown are like China's traditional gardens, so the service stations should serve as pavilions for visitors to rest and enjoy the views."

Liu Yuelai, a professor at the College of Architecture and Urban Planning of Tongji University and president of Clover Nature School, said the community garden is a "landscape management experiment," featuring subtle social changes rather than thorough reforms. 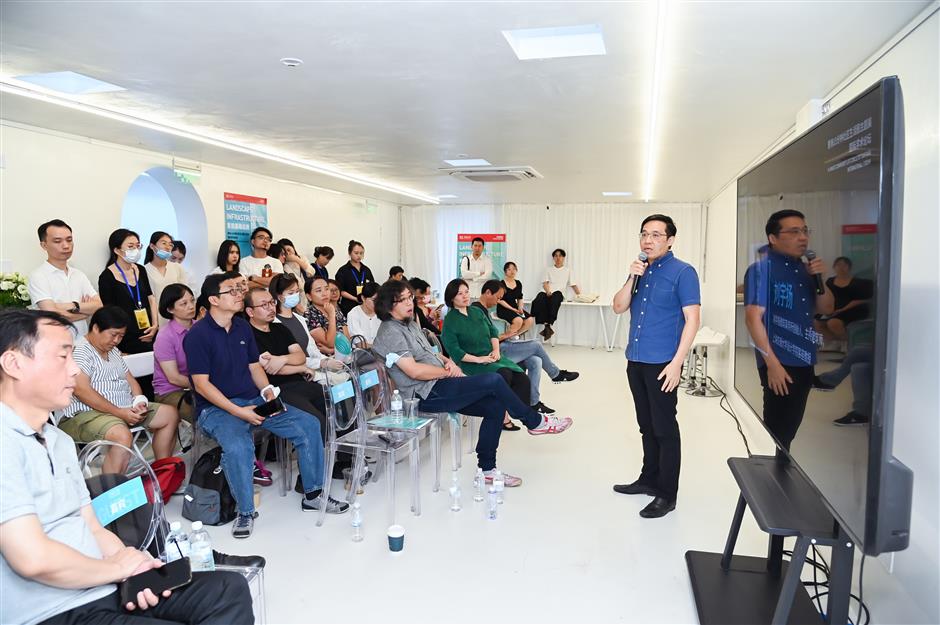 They are expected to become a key platform for citizens to take part in grassroots governance, Liu told the forum.

Strengthening people-to-people and people-to-nature relations, Liu and his team seek to create organic and people-friendly gardens in old communities, bringing together residents of all ages and walks of life.

Liu's organization has fostered more than 60 community gardens in local neighborhoods. Established in 2014, the organization's first program was Railway Park, developed from a preserved section of the Songhu Railway, China's first railway that opened in 1876, in north Baoshan District.

After the COVID-19 outbreak in 2020, Liu initiated a campaign to encourage citizens to plant greenery at home and share seeds with neighbors to relieve depression.

The campaign was listed as one of the best global urban development cases in the "Shanghai Manual – A Guide for Sustainable Urban Development in the 21st Century" during the World Cities Day in October 2020. 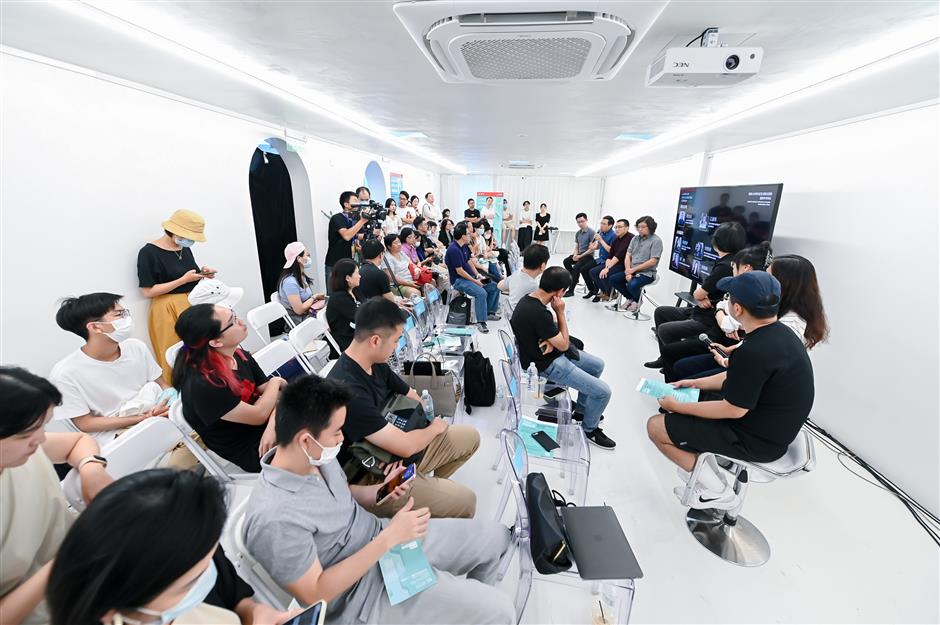